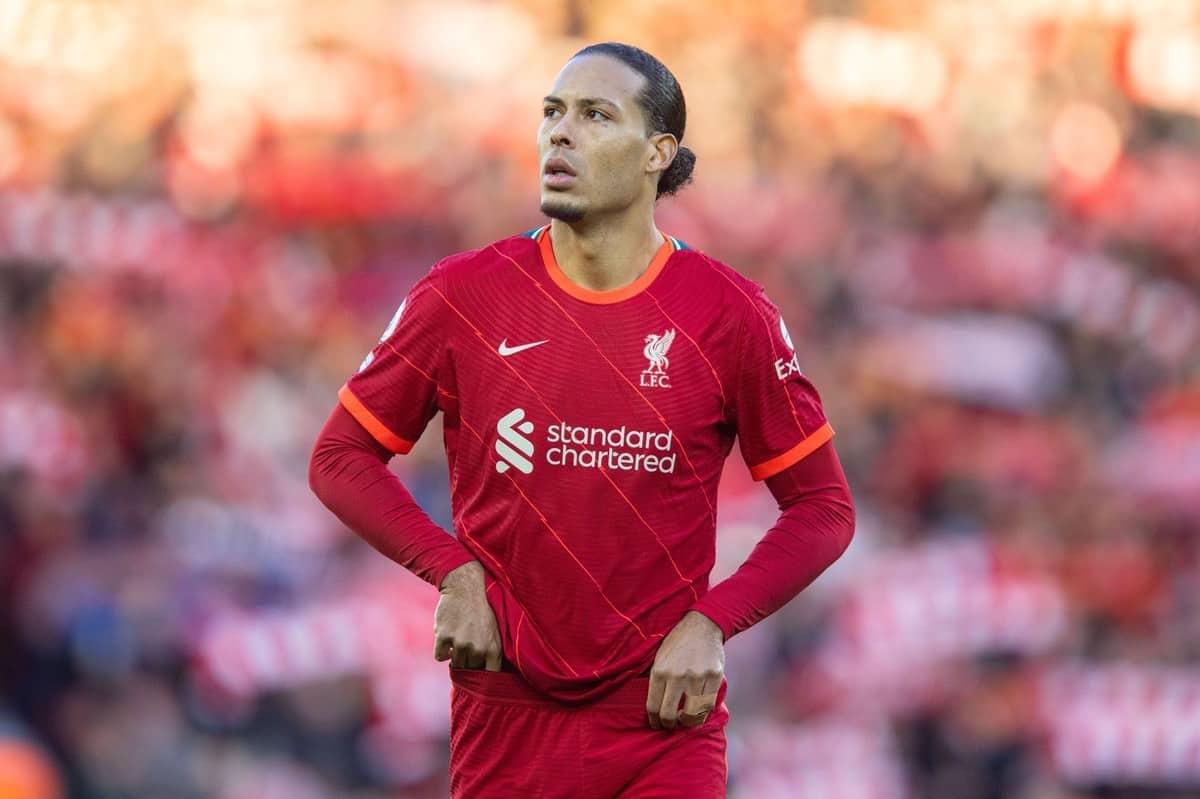 Virgil van Dijk is a class act on the pitch, but he is off it too as his actions in the visitor’s dressing room showed after the win over Shrewsbury.

The Dutchman was one of three veterans in Jurgen Klopp’s starting lineup to face the League One side on Sunday, one that was littered with the very best of the club’s youth talent.

Van Dijk was not able to end his day with a valuable clean sheet after Daniel Udoh opened the scoring for the Shrews, but the Reds would end the 90 minutes as victors in the end.

But while many will have only seen the No. 4’s contribution on the pitch, it was his actions off it that left a notable impression on Shrewsbury’s players and manager Steve Cotterill.

“Not only is he a top player, he’s a gentleman. It’s a very good experience for our players today to experience that.

“You can’t go away from here and not think that this is a special football club.”

A classy touch from Van Dijk, whose actions were also applauded by Shrewsbury’s Elliott Bennett, who featured for 88 minutes at Anfield, after it was confirmed that his shirt was handed to Udoh.

“Classy on and off the pitch,” Bennett penned on Twitter. “Rolls Royce of a player and without doubt the world’s best centre back. Touch [of] class coming in to see the boys and give our goal scoring hero his shirt!”

Classy on and off the pitch. Rolls Royce of a player and without doubt the Worlds best centre back. Touch if class coming in to see the boys and give our goal scoring hero his shirt! Proper ??? https://t.co/UrsNVBfYM7

Van Dijk’s actions speak volumes for the person he is behind the player we see week in and week out and while he may have wanted to keep his actions on the down-low, it’s worthy of adulation.