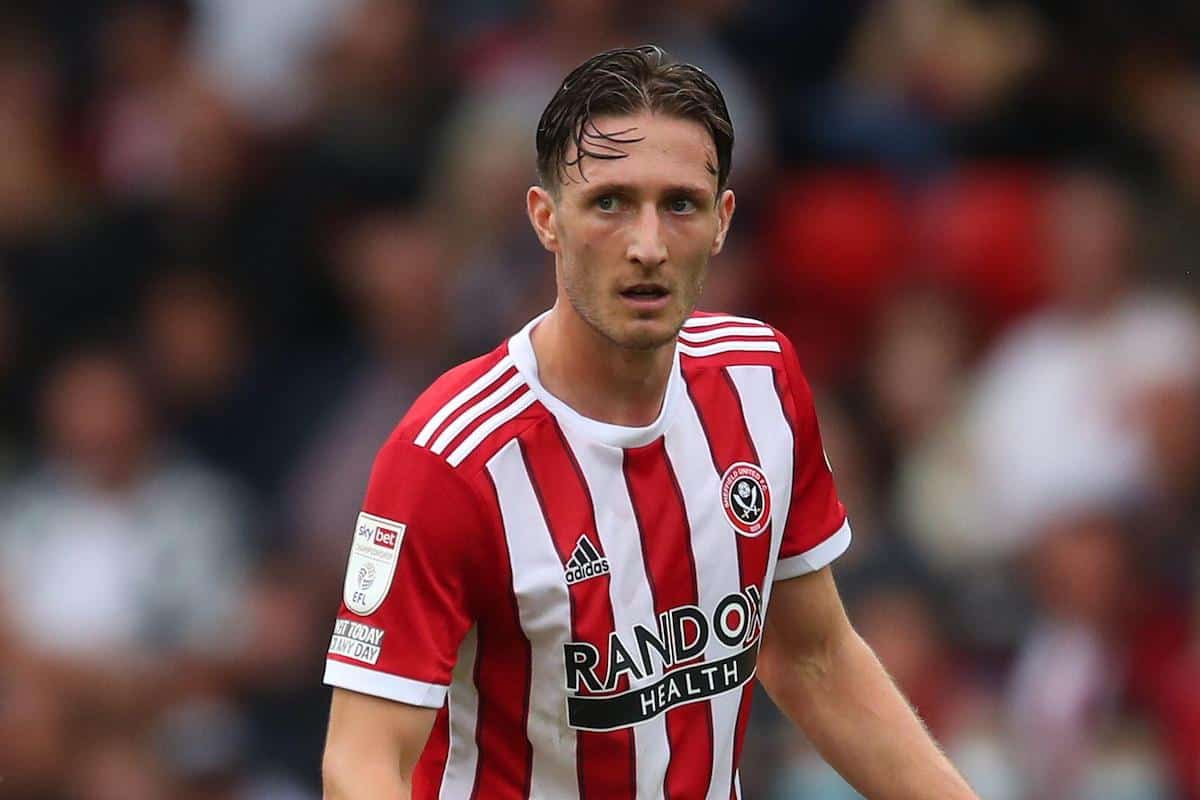 As one centre-back nailed a goal at the death at Anfield, another was scoring the winner with a last-gasp shot at goal after only being on the pitch for four minutes.

Ben Davies has not enjoyed the regular first-team action he craves in recent weeks, with just one start in the last 11 Championship games for Sheffield United.

The Liverpool loanee had initially assumed a starting role for the Blades, only for a mix of injury, COVID and personal reasons to keep him out of the side.

Former Reds defender Jack Robinson has been favoured by Paul Heckingbottom, but it was Davies that popped up with the all-important goal at Bramall Lane as Sheffield United hosted Blackburn.

Wednesday’s meeting pitted promotion hopefuls against one another and for 92 minutes, they could not be separated despite chances coming the way of both sides, Wes Foderingham saved a Blackburn penalty.

But after being introduced in the 88th-minute for Wolves‘ Morgan Gibbs-White, Davies’ chance to take the spotlight arrived merely minutes later in stoppage time.

It came to be after a spot of pinball after an inswinging corner found Davies free inside the six-yard box, with a left-foot hit into the turf nestling in the net for his first goal for the club.

Delirium ensued as Davies was jumped on by teammates and fans, with the winning goal propelling Sheffield United into sixth spot, just three points behind third-placed QPR.

Heckingbottom’s side had played the final 24 minutes with 10-men after a red card to the Blades’ Charlie Goode, lending to the emotion of the win.

After the game, Heckingbottom had plenty of praise for Davies and his selflessness in helping his teammates despite his lack of recent game time.

“All the time he has been out, not being involved on the pitch, Ben has been supporting the rest of the players every way that he can. Ben has managed himself brilliantly, all the way through,” he told The Star.

“He’s done exactly what you would expect and more.”