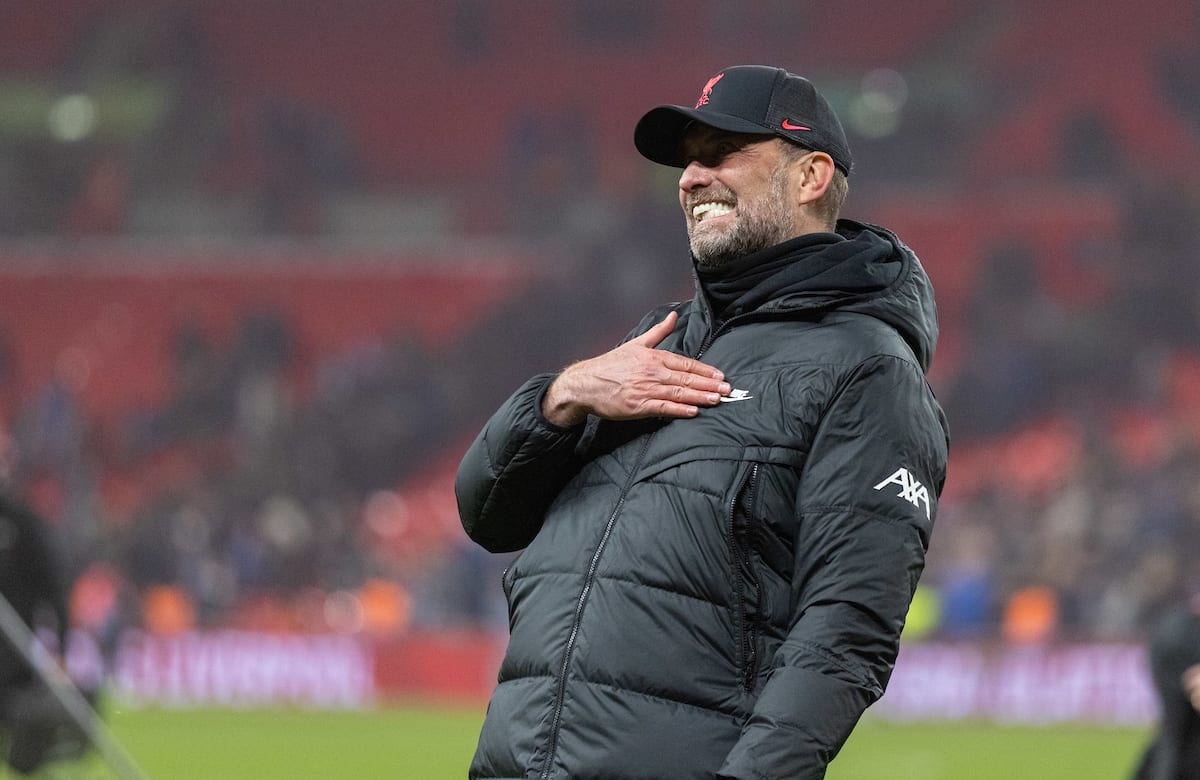 Jurgen Klopp has highlighted the work of two pioneering coaches after Liverpool’s penalty shootout win in the League Cup final, praising them for an “incredible job.”

In recent years, the Reds’ pursuit of success has been exhaustive and, often, creative, from employing a throw-in coach to appointing a permanent psychologist.

Over the summer, German company neuro11 began their work with Liverpool, with founders Niklas Hausler and Patrick Hantschke spending time with the first team to improve their set-pieces – which continued earlier this month at Kirkby.

Their work is described as mental strength training, and uses electrodes attached to a player’s head to monitor their brain activity during certain exercises to enhance focus.

It has paid dividends already this campaign, and perhaps none more so than in Sunday’s penalty shootout, with Klopp using his interview with LFCTV to laud their input.

“We work together with neuro11, I’m not sure you know about that, but in the pre-season you should have seen them in the training camp [in Evian],” the manager said.

“The boys are training set-pieces with the [neuro11] boys. The last few weeks, each player went through a proper drill, psychological and others, to do penalties.

“Corners, free-kicks, but penalties as well.

“So we had a list from the [neuro11] boys – they were in the stadium, they had a heart rate that I cannot imagine – five players, then six, seven, eight [for the spot-kick order].

“But some of the players were not on the field anymore, so from eight on, they were not even close on any list. That was really exciting.

“I’m really happy that we could win it like this then.”

For the record, penalties nine, 10 and 11 were taken by Harvey Elliott, Ibrahima Konate and, of course, Caoimhin Kelleher!