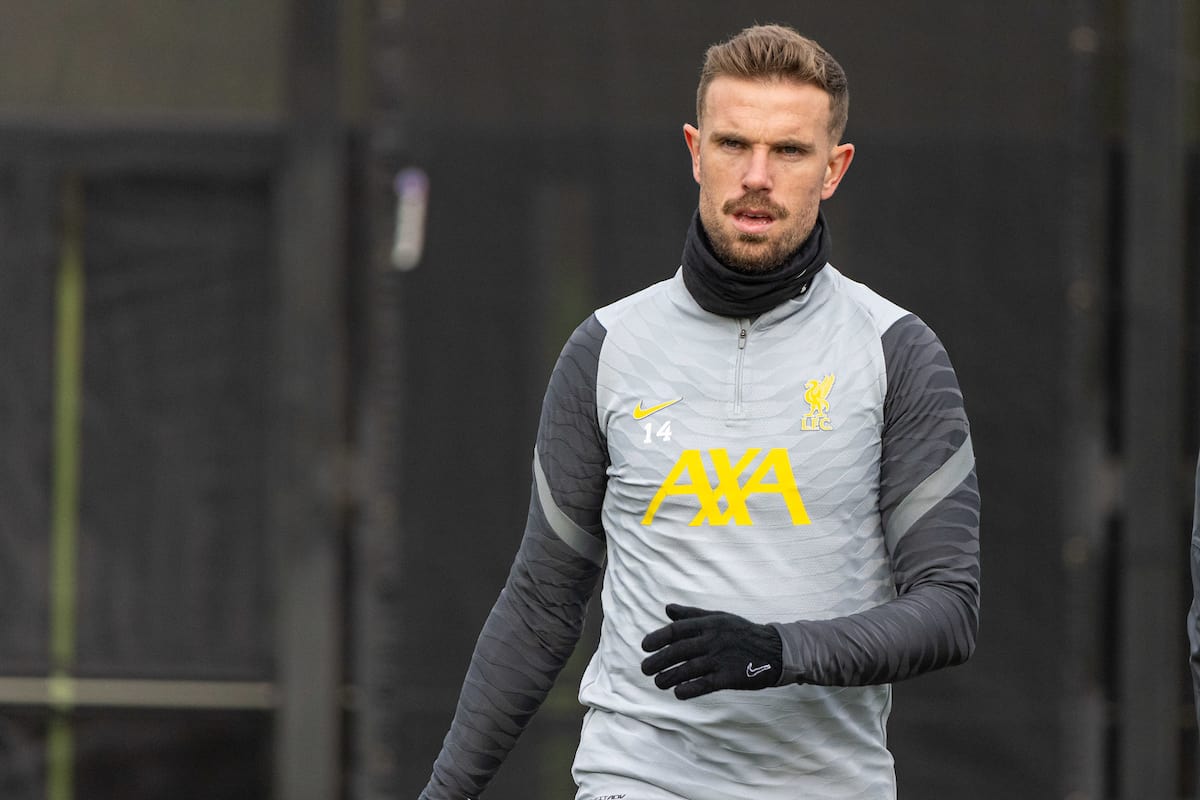 Jurgen Klopp insists there are “no issues” with the fitness of Jordan Henderson, but admitted he will need “fresh legs” as a full-strength squad heads to Inter Milan.

Henderson’s place in the side has come into question this week after a sub-par display against Burnley, which saw the captain return from a back injury to struggle in a physical contest.

Picking up a knee problem in that tie at Turf Moor, the midfielder played on but was later replaced by Thiago in a tactical switch, which allowed Liverpool to regain control.

Ahead of the trip to Inter Milan in the Champions League, the opening question of Klopp’s press conference was on whether Henderson was suffering with underlying fitness problems – which the manager saw straight through.

“You’re hiding something behind your question, I guess!” he replied, acknowledging the debate over Henderson’s form.

“No, Hendo is fine. He got a knock on his knee and today was second-day recovery for a lot of players, like him as well.

“So it was not the longest session for him, but apart from that there are no issues really.

“It was his back last week, then the knee in the game was definitely not comfortable – there’s a proper wound, you can really see it. It looks like lips, should not be there!

There remains a chance Henderson is among those to drop out of the side to take on Inter, with Klopp able to select from a fully fit squad and admitting changes are likely.

“It’s much more important how we play than who is playing, that’s how it is,” he said, when asked about the depth of his squad.

“We need fresh legs for this game. Much more important is we have the chance to change five times in the game, which gives just a massive boost for football in general, in a really tough period of the year.

“So it’s good to have the boys around, but the boys have to deal with it as well.

“If I have the opportunity to make more changes, that’s how it is, that means I cannot just play always the same lineup just because we won the last game.

“That’s something we have to learn together, and that’s what we do, because we’ve never had it before, that’s how it is! It’s pretty exciting.”