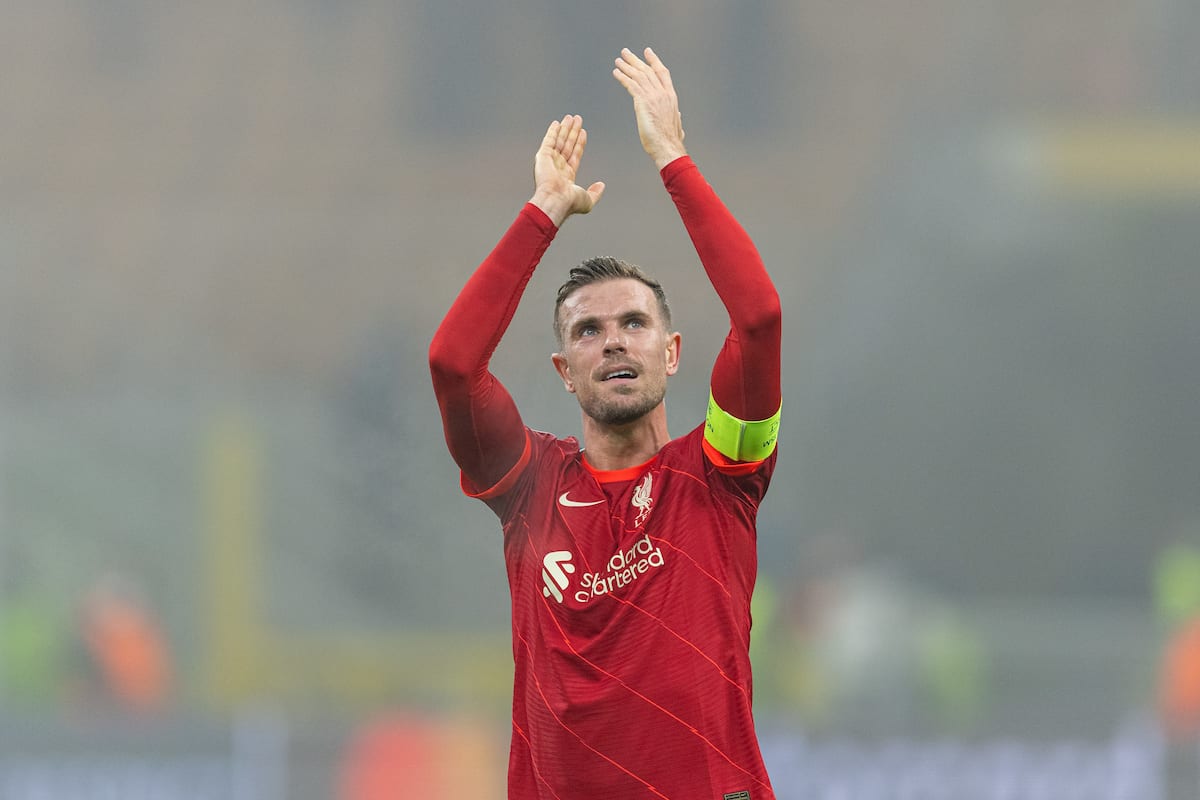 Jordan Henderson has found himself at the end of criticism in recent weeks and months but his game-changing introduction at the San Siro was rightly recognised and lauded.

The Liverpool captain has been levelled with various assessments of where he now sits in Jurgen Klopp‘s side, only furthered by the boost in numbers to the midfield options.

Henderson did not set the world alight at Burnley, far from it, in what was one of his poor outings of the season but his 30-minute spell at Inter Milan showed off the other side of the coin.

As part of the triple substitution on the hour mark, Henderson’s introduction at the cost of Fabinho had eyebrows raised but he instantly helped wrestle back control and momentum. 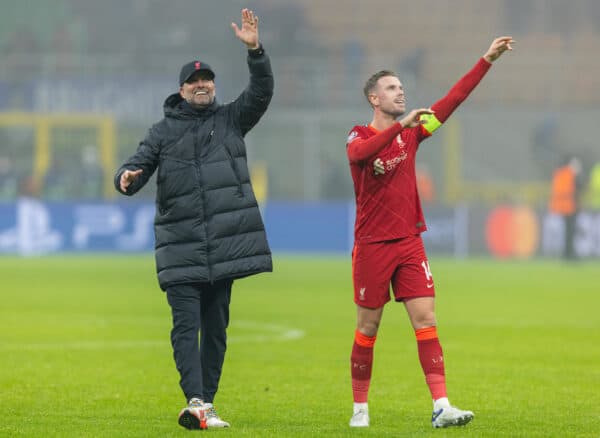 “We were under pressure when he came on, him and Naby made a big difference as well. And that’s why credit has to go to Hendo, he got hold of the ball and got the game by the scruff of the neck.”

It was a view shared by Reds across social media, with the captain widely praised for responding to his critics in the best way he knows how, on the pitch:

He’s struggled for form recently but the speed at which some ‘fans’ are prepared to write Jordan Henderson off is ridiculous. Led by example when introduced tonight and allowed us to assert some much needed calm and control.

Henderson responded to the criticism from the weekend. Looked sharper, up for it, energetic. All the subs did what they were told to do. It’s not often we’ve been able to say our depth won us a game, but it did tonight.

Inter couldn’t deal with the changes, they were goosed.

Inter had all of the momentum after the break up until the triple sub. Liverpool then got their foot on the ball and wrestled back control.

Henderson completed 93% of his passes. pic.twitter.com/txBKwfqs4X

Keita, Henderson and Firmino, three of Liverpool's most maligned players, changed the game for them. Love that.

Henderson, Keita & Firmino have all received stick – lots of it unfair – & it was great to see them influence a huge game in such a positive manner.

Fans of most teams would kill to have them.

See, this is why you need players like Jordan Henderson. If you can't see the difference he's made since coming on, you're either a moron or you've got a clear agenda, like Hendrick and other dickheads like him.

Jordan Henderson is an incredible Captain, Player, Person & Role Model for #LFC. He’s lifted the Premier League and European Cup, Led the team to some of its finest moments in a generation. Fuck populist and hipster culture that thinks you can shit all over that.

This is the Jordan Henderson we love to see more often btw. Captain who sparked energy after coming on and went into all duels strongly, winning most of them. He was composed & precise on the ball in tight situations as well. Hope he gets back to his best. #LFC

Jordan Henderson deserves all the praise today for his leadership on the pitch. Criticism will only make him stronger.

Jordan Henderson who captained Liverpool to a European Cup and Premier League being slatted over the last few weeks after a few poor games proved tonight why he is Captain of Liverpool and the quality he has ?

It was the type of captain’s performance Liverpool needed and Henderson is not one to do his talking off the pitch, as was shown in Milan on Wednesday night.

With competition for places heating up, it will not only serve Henderson well but the entire midfield contingent and that’s only to Liverpool’s benefit as the Reds continue to compete across four competitions.