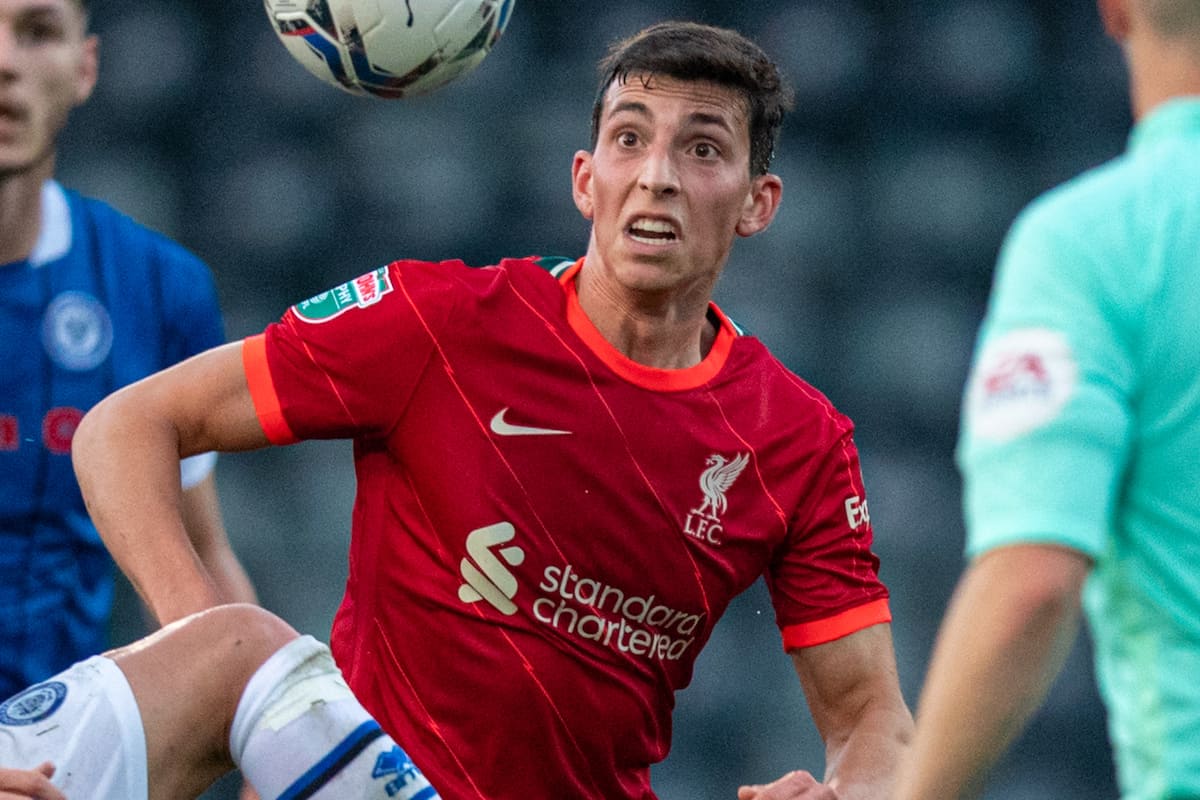 Liverpool have completed another transfer, almost two weeks after the window closed in England, with academy midfielder Matteo Ritaccio joining the ranks on loan.

Ritaccio joined the Reds from New York side Blau Weiss Gottschee in 2018, but has only featured sporadically throughout his three-and-a-half years with the club.

Part of the under-18s side that won the FA Youth Cup in his first season on Merseyside, the American then graduated to the under-23s, but injuries and competition for places have limited his opportunities.

Most recently, Ritaccio was forced off in the 4-1 defeat to Bolton in the EFL Trophy in October, which remains his latest outing for the club.

It seemed likely that the 20-year-old would depart in the winter transfer window, at least on loan, and on Friday evening it was confirmed that he will spend to 2022 campaign with Charleston Battery in the USL Championship.

Based in South Carolina, Charleston Battery play in the second tier of US football, finishing 10th in last-season’s Eastern Conference.

Speaking on his arrival back in the US, Ritaccio admitted that it “feels great to be back,” adding: “My family is also excited about the opportunity I have in Charleston and being able to see me play here.”

Though there is no guarantee that the switch to Charleston will spell the end of Ritaccio’s time at Liverpool – particularly given he signed a new contract in May – it does seem likely.

And the move back to America is clearly an important one for the youngster, who can now look to establish himself as a regular at first-team level.