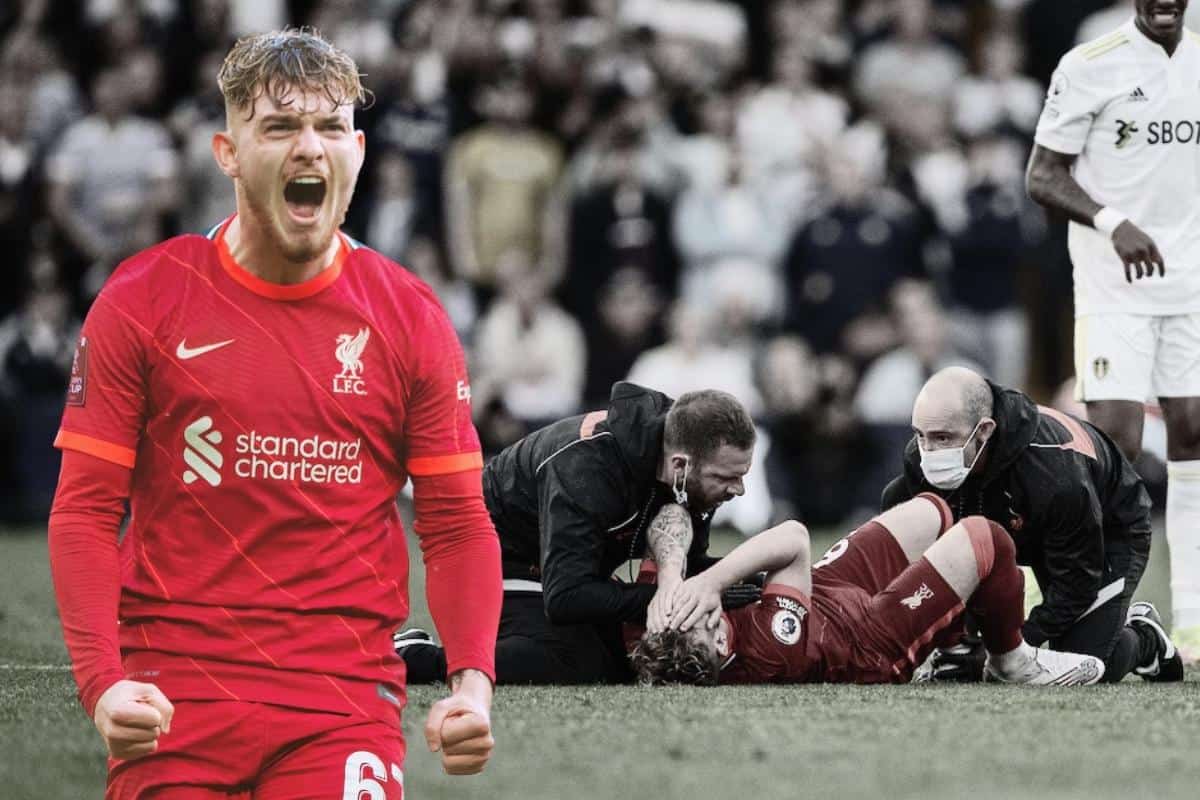 Jurgen Klopp conceded he was “in a worse mood” than Harvey Elliott was following his injury back in September, saying the incident was one of the hardest to take in his career.

The manager showed his faith in Elliott at the start of the season, with the teenager duly repaying the trust in kind before his momentum was brought to a crashing halt.

A nasty ankle-fracture dislocation at Leeds back in September unfolded only a matter of meters away from Liverpool’s bench, with the severity of the injury apparent immediately.

“We were all shocked” was the manager’s immediate reaction and now, 147 days later, after Elliott marked his return with his first goal for the club, Klopp admitted the moment of the injury was one of the “hardest” in his career.

“It was very touching, to be honest,” Klopp told beINSPORTS after Elliott scored in the 3-1 win against Cardiff.

“I’ve known him for a while now and I know what an incredible talent he is and what a nice kid he is.

“When we lost him in the Leeds game that was one of the hardest moments in my career. We could all see the situation, it was directly in front of us and then you are waiting.

“You see all the steps he makes during the period and then he comes back and has a situation like that.”

It’s a credit to Elliott’s work ethic and mental fortitude that he is now firmly back in the mix for Klopp’s side, a trait that is not lost on his manager.

“Probably his biggest talent is how ready he is mentally for all the stuff out there,” Klopp said of the 18-year-old in his post-match press conference.

“He is a kid, yes, but on the pitch not so much. He was buzzing and he was waiting for this moment, we all were. That he could do it [on Sunday] is just really nice.

“When he got the injury, the next day or two days later I saw him at the training ground and I was in a worse mood than he was.

“It was pretty much like, ‘come on boss, head-up, I will be back.’ He is an exceptional talent in a lot of different departments.”