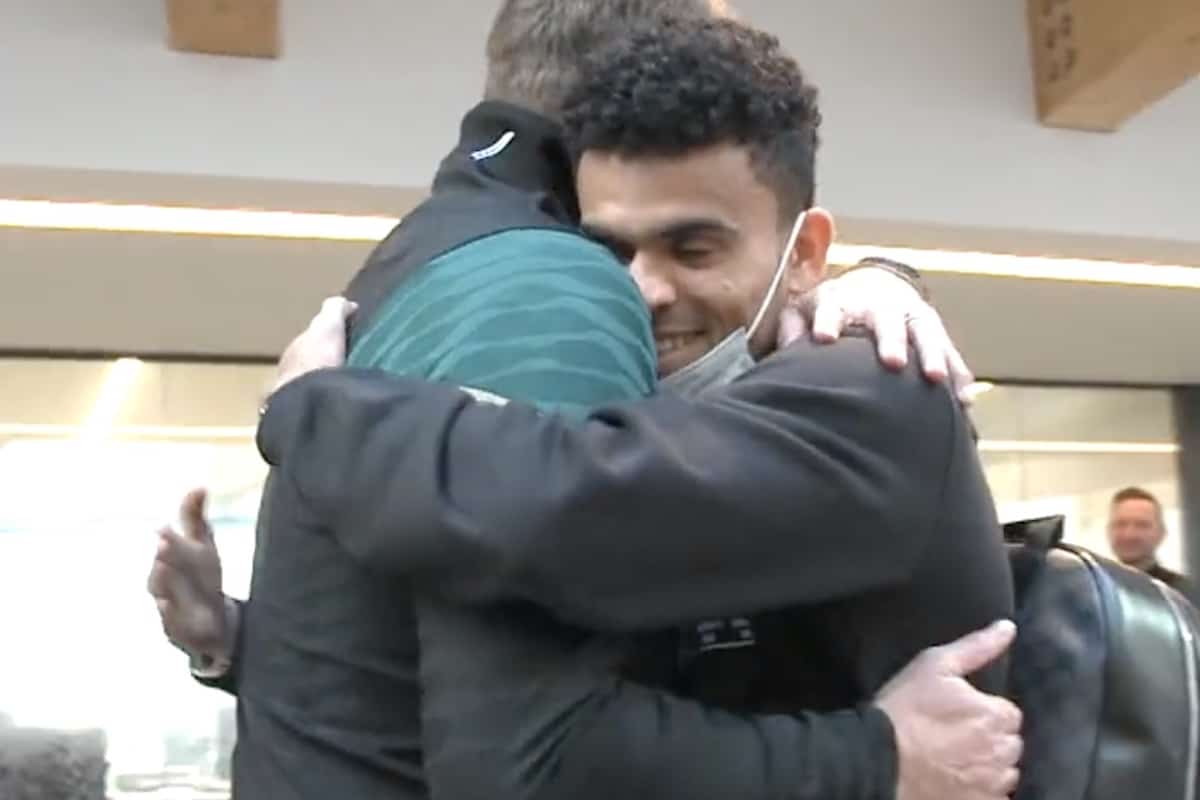 Luis Diaz has finally arrived at Liverpool’s training ground following his £50 million move from Porto, with the winger greeted at Kirkby with a warm Jurgen Klopp hug.

Diaz completed his big-money switch from Portugal last Sunday, but did so while on international duty with Colombia, who played World Cup qualifiers against Peru and Argentina.

After the 1-0 loss to Argentina, the 25-year-old travelled to Paris, where he awaited a visa to head to the UK and attend a work permit hearing.

Now, Diaz has landed on Merseyside, and is set to take part in his first training session with Liverpool on either Friday or Saturday.

The forward was greeted at the AXA Training Centre by both Klopp and his assistant Pepijn Lijnders, the latter of whom played an integral role in convincing Diaz to make the move from Porto.

A warm welcome from the boss and Pep Lijnders for @LuisFDiaz19 ? pic.twitter.com/mIUZUVTKsL

Lijnders spent eight years with Porto between 2006 and 2014, and continues to follow the Portuguese club closely, while he is also fluent in the language.

That helped him as he gave Diaz a welcome outside Klopp’s office at the training ground, with the manager unable to offer many words to his new signing beyond “muy bien”.

But Klopp was able to give Liverpool’s No. 23 a trademark hug, with Diaz clearly pleased with his new surroundings after landing in the northwest on Friday.

It remains to be seen whether Diaz will be involved in the FA Cup fourth-round clash with Cardiff on Sunday, though there is a chance he is included in the squad.