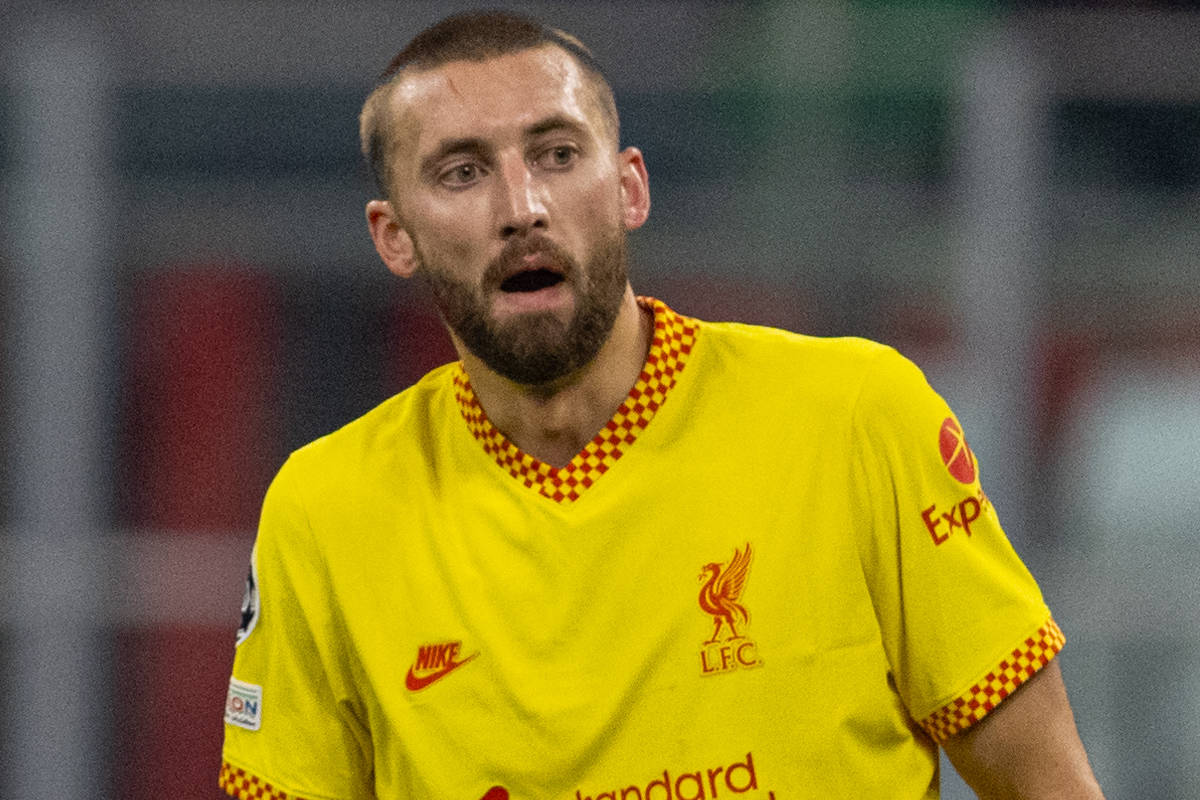 Nat Phillips is now playing out the remainder of the season with Bournemouth after his deadline day loan move, but it’s Burnley that have eyes on a permanent transfer in the summer.

The 24-year-old was anticipated to leave Liverpool in a permanent move in both the summer and winter transfer windows, but a temporary switch is what materialised.

Interested parties including Newcastle, West Ham, Watford, Leicester and Brighton all fell short of Liverpool’s demands for a player they value at £15 million.

In the end, it was Bournemouth‘s £1.5 million loan deal that the Reds agreed to, enabling Phillips to fight for the senior football he craves and that is not available at Anfield.

He will look to play a key role in returning Bournemouth to the Premier League and a reported purchase option for the Cherries provides extra incentive.

However, Burnley‘s long-standing interest in the centre-back remains and the Echo‘s Ian Doyle reports that they are “expected to make an offer of a permanent deal” in the summer.

It is set to be reliant on James Tarkowski departing the Clarets as a free agent, which he is expected to do so after rebuffing contract offers.

Burnley have been namechecked as suitors since the early parts of last summer when Phillips was expected to bid farewell after a breakthrough campaign but the price was not right for either.

The Reds will be unlikely to budge too far from their valuation in six months’ time but as football continues its recovery from the pandemic there may be greater room for negotiation.

It’s a team that would suit his style but potential relegation for Burnley and promotion for Bournemouth could yet prove decisive in any decision Phillips makes.