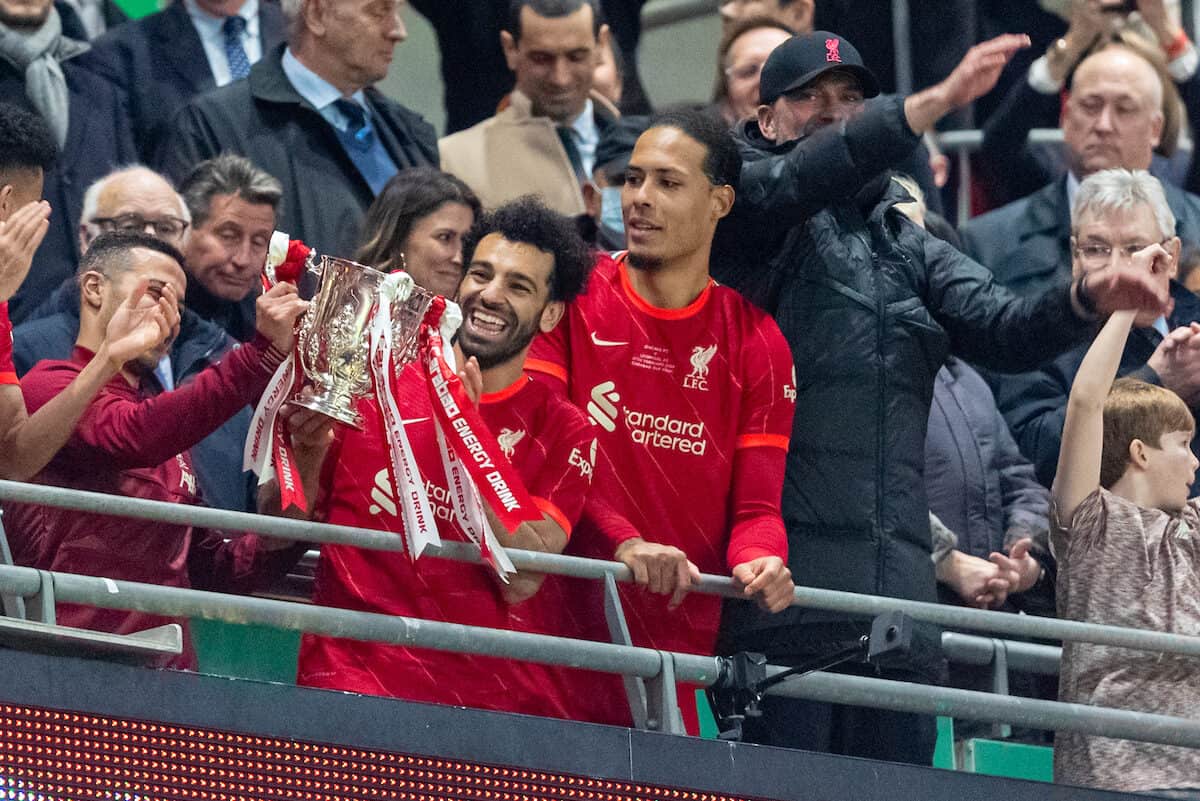 Mohamed Salah‘s ambition knows no bounds, and the Liverpool forward has set his sights on more trophies this season, with “one down” after the League Cup final.

The Reds clinched a historic ninth League Cup on Sunday as they beat Chelsea on penalties, with Salah among those to convert his spot-kick in an 11-10 win.

He ended the night lifting the seventh trophy of his senior career, five of which have come at Liverpool, where he has cemented himself as the world’s best player.

Liverpool are still in with a chance of winning both the Champions League and FA Cup, with a fifth-round clash with Norwich to come on Wednesday night, while they remain in the hunt for the Premier League title.

If they pulled it off, it would be an unforgettable quadruple for the Reds, though the focus will simply be on the next game for Jurgen Klopp‘s side, every week.

For Salah, squad honours are the pinnacle, and as he took to Instagram after the League Cup triumph, he showed he is hungry for more this season:

“One down…” the Egyptian wrote, the assumption being he wants ‘three to go’.

It is rare that Salah accompanies his Instagram posts with a caption, with his last on Liverpool being back in December, when he declared “it’s in our hands” after the late 1-0 win over Wolves sent them to the top of the table.

Though Man City have regained the lead in the Premier League, the Reds are only three points behind with a trip to the Etihad to come in April.

As for the Champions League, Liverpool hold a 2-0 advantage over Inter Milan ahead of the last-16 second leg at Anfield on March 8, with a place in the quarter-finals likely.

With Salah in top form and in supreme confidence, it can only help the Reds as they push for more silverware between now and the end of May.