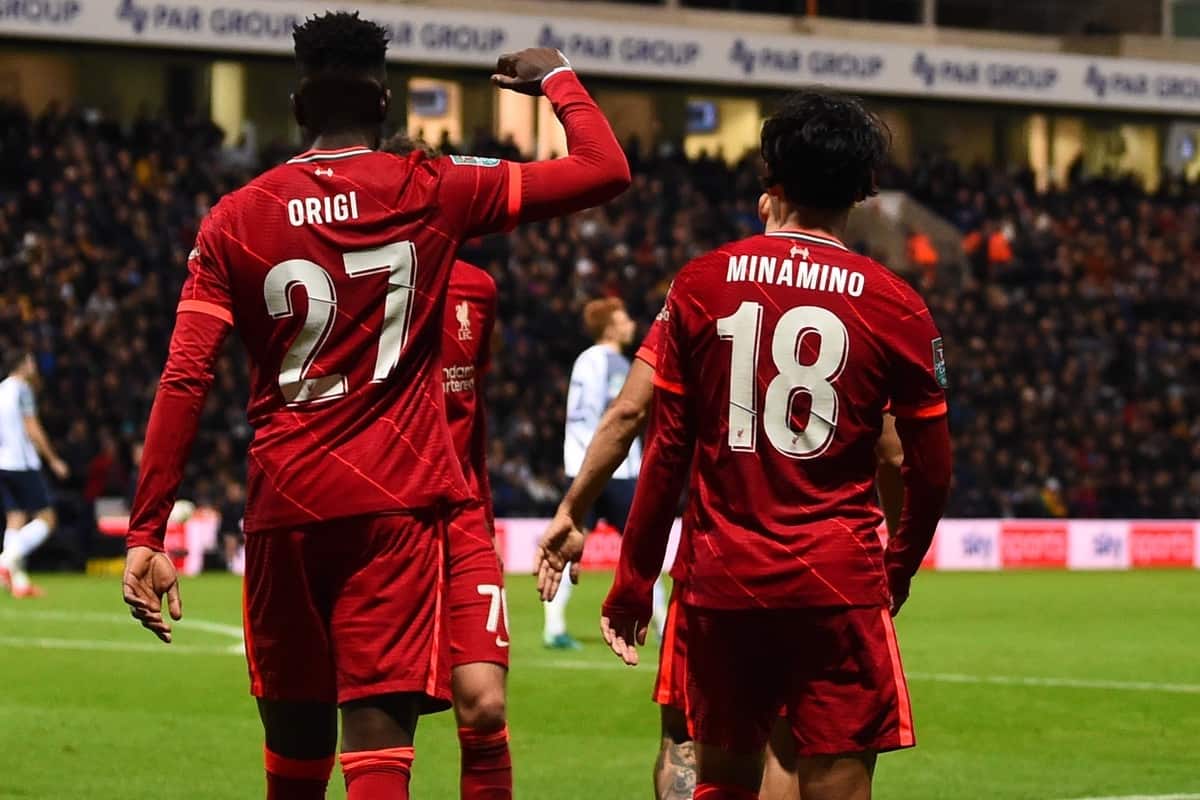 Jurgen Klopp has paid tribute to the squad players and youngsters who made League Cup success possible for Liverpool, in particular Divock Origi and Takumi Minamino.

Over six games in the League Cup this season, Klopp used a total of 33 different players, including five youngsters who made their debuts for the club.

Kaide Gordon, Tyler Morton, Conor Bradley, Harvey Blair and Owen Beck all appeared for the first time in the tournament, as the manager shuffled his pack in the early rounds.

For Sunday’s final, it was close to Liverpool’s strongest possible side, with Caoimhin Kelleher the only alternative as he was rewarded for his performances in the cup with a start at Wembley.

Joe Gomez and Curtis Jones were both left out of the 20-man squad, along with Adrian, while those academy players who featured in earlier rounds instead watched from the stands.

Liverpool’s top scorer in this season’s tournament, Takumi Minamino, was an unused substitute throughout, while Divock Origi, who scored twice including a stunning effort against Preston, came on for the final 23 minutes.

In his post-match press conference, Klopp made sure to acknowledge those pivotal on the road to Wembley, insisting his side “would not be here” without Minamino and Origi.

“Today I had to make a few really tough decisions,” he reflected.

“I said to the boys in the meeting, when all the boys were in: ‘This here is my squad plus!’.

“Now I have to be careful that I don’t forget anybody, but plus Tyler Morton, Conor [Bradley], Owen [Beck], Harvey [Blair] from the U18s, Elijah [Dixon-Bonner] played some minutes as well, Adrian saved our ass in Preston.

“The whole journey was absolutely outstanding.

“We were lucky a little bit – or we had Adrian – at Preston, then we scored the two goals.

“Without Takumi and Divock, the goals they scored in the competition, we would not be here.”