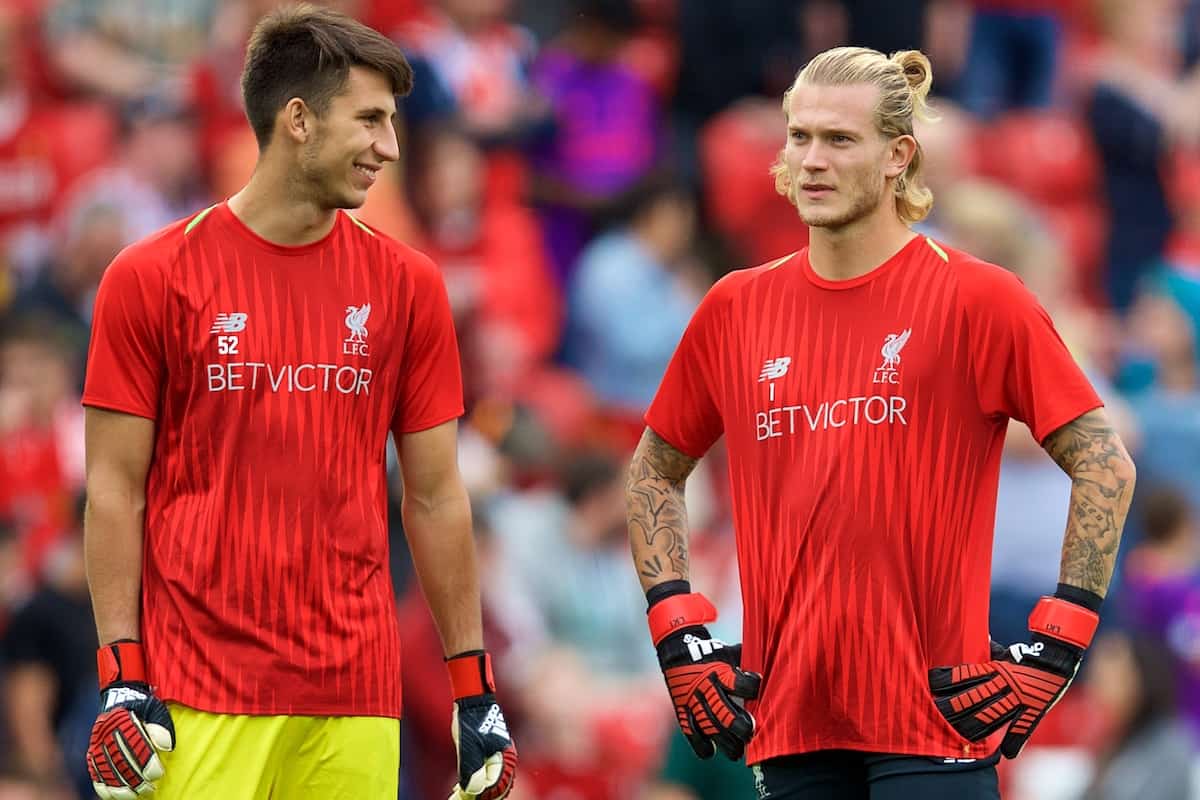 For a long time, it seemed as though Kamil Grabara was primed for the step into Liverpool’s first team, not Caoimhin Kelleher. Now, he is No. 1 at FC Copenhagen.

Signed within the space of a year, Grabara and Kelleher would find themselves vying for the gloves within the Reds’ academy, two supremely talented under-23s stoppers.

While Kelleher would quietly develop his physicality in the background, Grabara was the outspoken, at times overconfident youngster; a throwback to the larger-than-life generation of goalkeepers.

But five years on from his arrival from Ruch Chorzow, and following loan spells with AGF Aarhus, Huddersfield and back to Aarhus, the 23-year-old Pole found himself in Copenhagen.

After drawing bile from the Aarhus supporters for joining another side in the Danish top flight, Grabara has settled into the No. 1 role in the capital.

March 20 saw him make his 34 appearance of the campaign, keeping his 17th clean sheet, as Copenhagen marked the end of the regular season with a 1-0 victory over Nordsjaelland.

The result ensured Copenhagen finished top of the table, six points clear of FC Midtjylland, before its split into two playoff rounds.

Copenhagen are joined in the Championship Round by Midtjylland, Brondby, Aalborg BK, Randers FC and Silkeborg IF, with 10 more games ahead to determine title-winners and spots in the Champions League, Europa League and Europa Conference League.

If they are to bring silverware home, and book their place in the Champions League playoffs, Copenhagen will be relying on the impressive form of Grabara between the sticks.

Beyond his 17 clean sheets in 34 games – one every other game, comparable to Alisson‘s record this term – he has also only shipped 24 goals.

This has seen him earn recognition on the international stage, with Grabara part of the Poland squad to play Sweden in Tuesday’s World Cup playoff, having been first called up to the senior stage back in November.

Polish journalist Lukasz Wisniowski, speaking to Meczyki, has even claimed that Wojciech Szczesny recommended his young compatriot to the recruitment team at Juventus.

Whether that materialises in a move remains to be seen, with Grabara’s focus on winning the Danish Superliga title with Copenhagen.

However, if he were to join the Old Lady, it could land Liverpool another payday after they negotiated a 20 percent sell-on clause into the £3 million deal agreed with Copenhagen back in July.

Back at Anfield, meanwhile, Kelleher has cemented himself as Alisson‘s backup – with speculation mounting over his long-term future, such is his ability as a No. 2 goalkeeper.