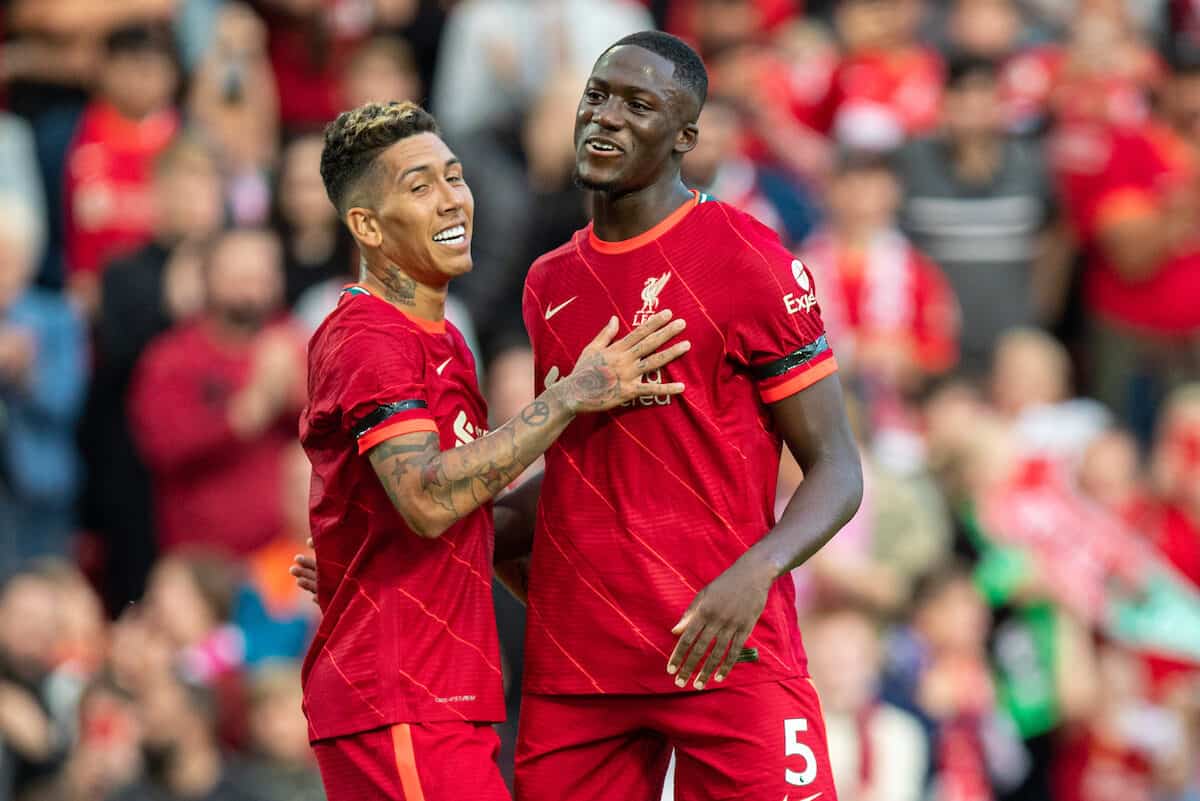 Jurgen Klopp has confirmed Roberto Firmino will be back in the mix at Brighton but did reveal that there are Covid cases among the players and staff.

Liverpool have once again been close to having an injury-free squad, but Roberto Firmino‘s return to training was coupled with Ibrahima Konate‘s absence from training and Tuesday’s game.

The defender was again not seen in the Reds’ pre-Brighton session on Thursday along with Virgil van Dijk and Thiago, with a recovery session for the latter duo the general consensus.

The Reds were otherwise well represented at Kirkby with a 23-man squad and ahead of the trip to the south coast, Klopp provided an update on his squad and hinted at Covid playing its role. 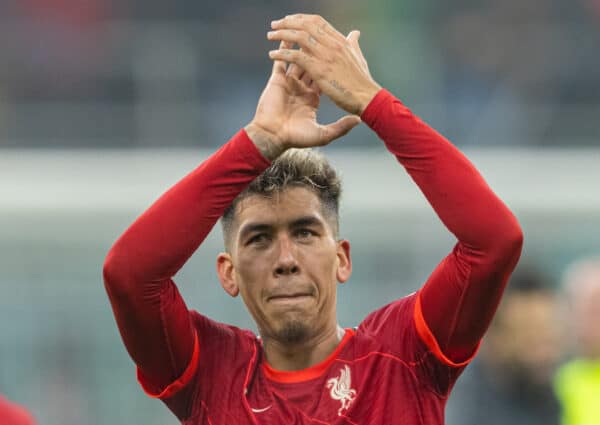 “We had a few little things but so far nobody is out of training,” he explained. “We have on top of that, Covid is not over so we have/had these things as well.

“That’s going on but we try absolutely everything to avoid this but not obviously really possible. Player and staff who had it have no symptoms, that’s good, but they cannot be involved.

“We will see if they come later today, we train later and they’re not here yet but I didn’t get any news injury-wise. I think they should all be ready.”

While Klopp did not specifically state it, Konate could be considered under the Covid umbrella such is the length of his absence and with no injury confirmed for the defender.

Both Thiago and Van Dijk both tested positive back in December and could be again but the hope is that they simply needed a recovery session after Tuesday’s game and are fit to be in the team on Saturday.