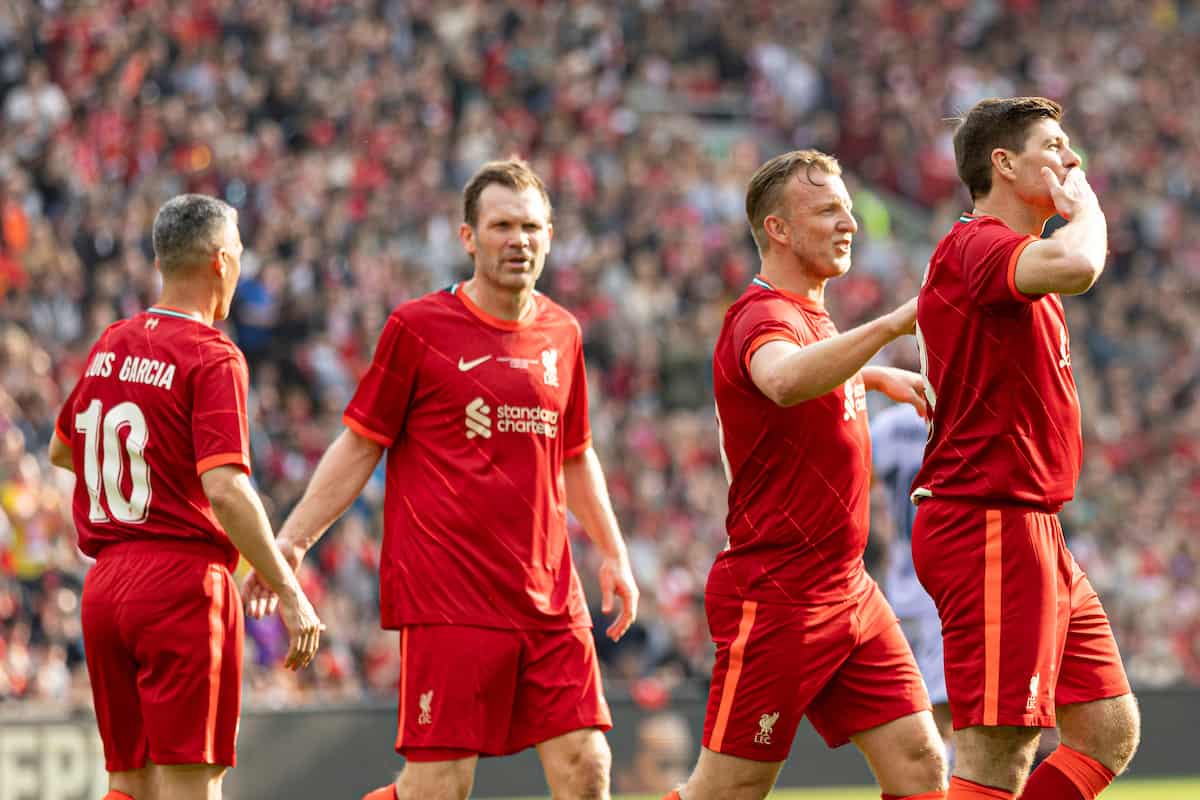 It was a time for a trip down memory lane as the Liverpool Legends met Barcelona at Anfield, with Steven Gerrard providing plenty of nostalgia during the 2-1 defeat.

The stress that accompanies Jurgen Klopp‘s Reds forgotten, a wave of nostalgia instead took its place as Liverpool’s heroes of the past took centre stage.

They might not have looked how they once did, a few grey hairs here and there and perhaps the kit did not fit as comfortably, but entertainment followed at a packed Anfield.

The mood was jovial as families took their place in the stands, with no doubt many seeing the hallowed Anfield turf for the first time – a moment that can be easy to take for granted.

But those in Red had seen it a time or two before, Steven Gerrard, Jamie Carragher, Luis Garcia, Dirk Kuyt and Sami Hyypia to name but a few. 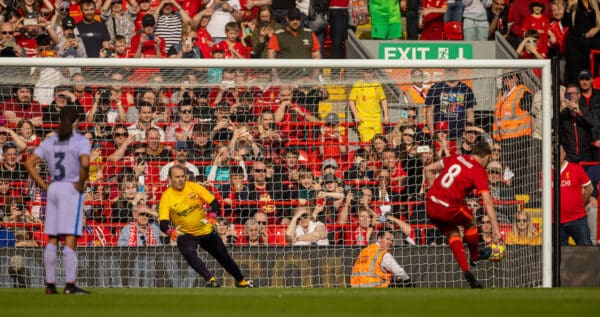 It may not have been at the blistering pace that we have grown accustomed to, but it’d be hard to question Gerrard as a regular, the touch and the presence all still very much there.

And it’s what earned him the first-half penalty that he, of course, converted with no problem at all – much to the delight of the Reds faithful. The clock was turned back and his name rung out from the stands with gusto.

The kid inside certainly had heart-eyes at that moment.

Carragher then took to rolling on the ground behind the wall for a free-kick, you’d expect that one to pop up on Sky Sports thanks to his new bestie Gary Neville!

With the tanks running low, Giovanni, one of three No. 10s for Barcelona, was able to get on the scoresheet – and a few boos in good jest directed his way, as that was not part of the script. 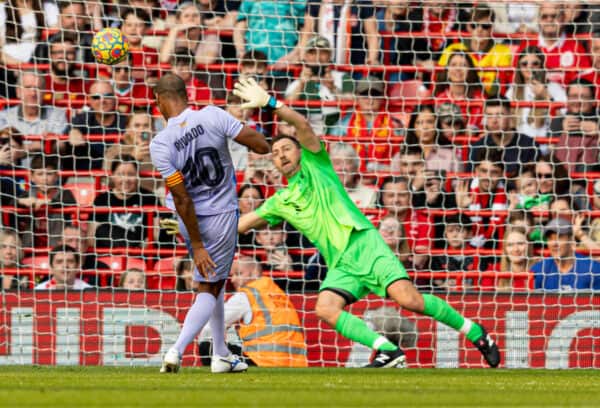 Gerrard was then the only one to emerge for the second half as Kenny Dalglish and Ian Rush made 10 changes – bet Burnley and Sean Dyche were grumbling away at that one!

The certifiable legend that is Rivaldo then had to blast home a thunderous penalty and Jerzy Dudek had no chance – his goalline magic not doing the trick on this occasion.

The mix of generations was a joy to behold, even if at times it could have been mistaken for a basketball game given the ever-changing faces on and off the bench.