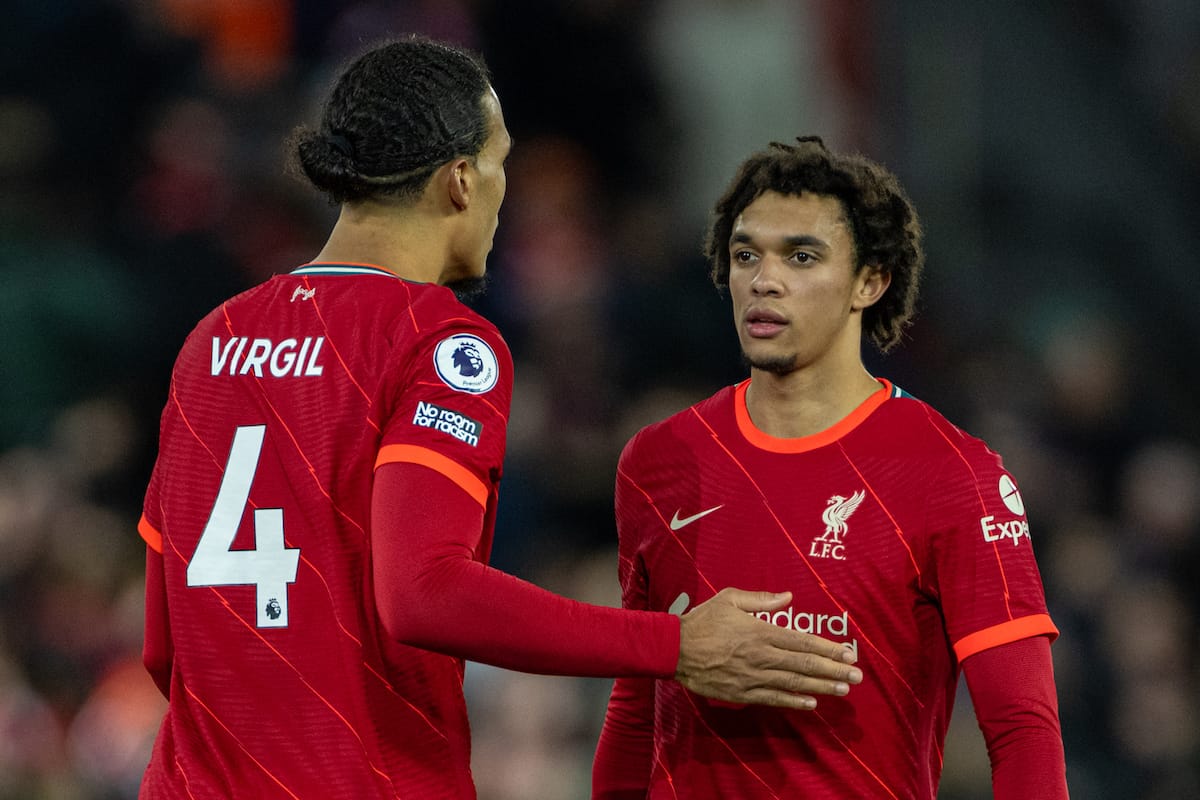 Sadio Mane was the one to ensure Liverpool were on the scoreboard but at the other end of the field there were vital interventions to keep the Reds on the winning side against West Ham.

The Reds were not at their formidable best on Saturday night but they dug their heels in to close the gap once again at the top to just three points.

From goalline clearances to precious tackles to knick the ball away, Liverpool’s last-ditch defending was “like scoring a goal” for Jurgen Klopp, and few could disagree.

A particular highlight was Trent Alexander-Arnold‘s desperate intervention on the goalline following Pablo Fornals’ lob, which added to his assist and led to praise from his full-back partner:

“He’s been incredible,” Andy Robertson told LFCTV. “The goalline clearance was special, [he was] slightly out of position to start if I’m going to be critical but his recovery run was incredible – the speed and determination to get back on the line.

“To be honest, we speak a lot about assists but for me that is the most important thing he has done today.

“The assist was a mishit shot! He’s admitted that at least… look, 16 assists on the season is incredible but today his most important contribution is the clearance off the line because that kept us in the lead and kept us 1-0 up when really it should’ve been a goal.

“It was really good from him, incredible determination and an incredible goal contribution – long may that continue.”

And while the Batman has his Bat-Signal, Alexander-Arnold had his ‘No Entry’ sign well and truly on display as the Reds held strong for their 12th successive win:

It was not entirely pretty, but all that matters at this stage of the season is to get the result on the board as Robertson knows “we’ve got to keep chasing” – and that can only happen with victories.

It remained a source of pride throughout the squad as Liverpool simply ‘found a way’:

While the focus will remain on themselves, Liverpool will no doubt an eye cast toward the Manchester derby on Sunday after holding up their end of the bargain at Anfield.