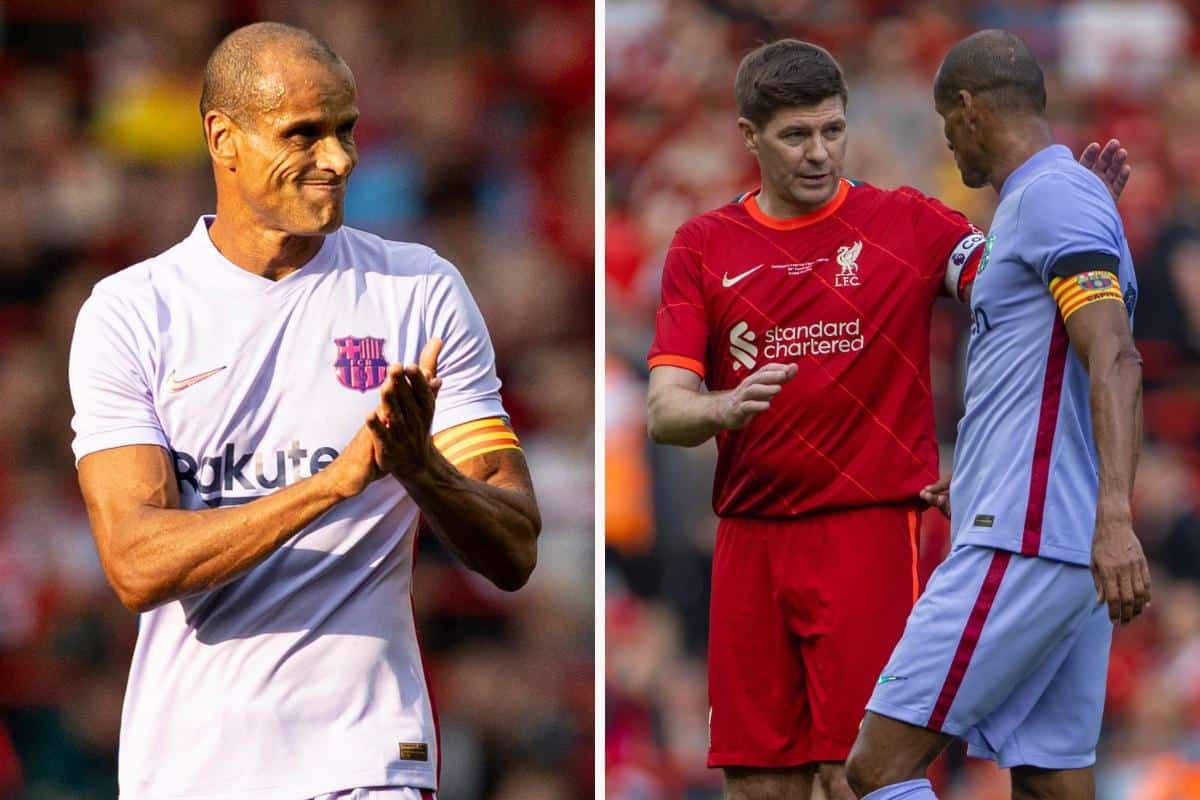 The aura of Anfield is evident even on days when the first team are not in action, with Brazil legend Rivaldo labelling it “one of the greatest stadiums in the world.”

Rivaldo was a late addition to the Barcelona Legends side to play Liverpool on Saturday, and the 49-year-old was a standout as he scored the winner from the spot.

In aid of the LFC Foundation, among other causes, the charity game was played out in front of a packed Anfield crowd, with most travelling to see the likes of Steven Gerrard, Jamie Carragher and Sami Hyypia.

But for those on the pitch, the occasion was also a memorable one, with Rivaldo returning to Anfield for the first time since he netted in Olympiakos’ 3-1 loss in the Champions League group stage in 2004.

It is no surprise, then, that the forward has been taken by the power of the stadium, given he was on the pitch as Gerrard blasted home that iconic goal to put Liverpool on their way to Istanbul in dramatic fashion.

Anfield erupted that night, and reflecting on his return to the legendary ground after 18 years away, Rivaldo hailed it as “one of the greatest”:

Amazing feeling to be here again. @thisisanfield . One of the greatest stadiums in the world. ? ?? pic.twitter.com/ZEi16w7zpQ

“Amazing feeling to be here again,” he wrote on Twitter. “One of the greatest stadiums in the world.”

Rivaldo visited Anfield three times as a player, including twice with Barcelona in 2001, the first a 1-0 defeat in the semi-finals of the UEFA Cup and then a 3-1 win in the second group phase of the Champions League.

His only goal came in the loss with Olympiakos back in 2004, but he was able to add to his tally almost two decades on – at least in a charity friendly!