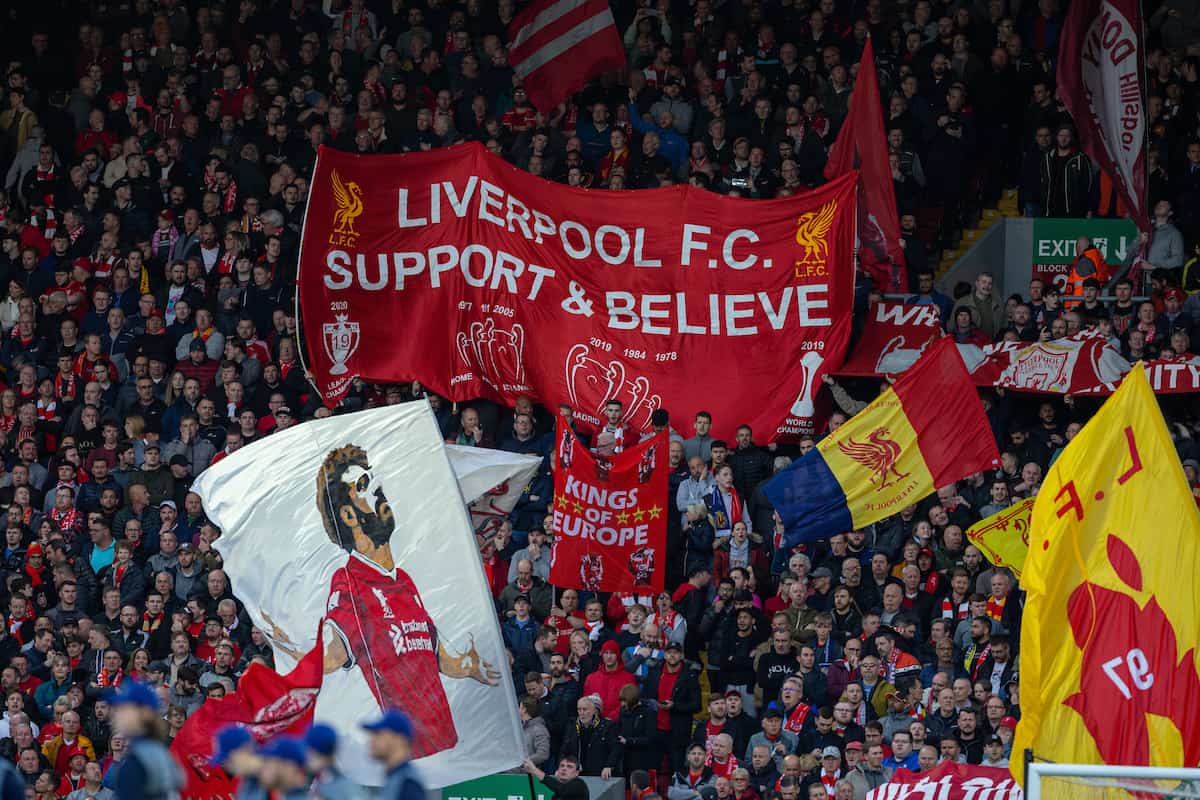 Liverpool are eight games and soon to be 28 days away from immortality, the stakes are high and unforgiving to any misstep. Just how are your nerves, Steven Scragg asks?

These are unmistakably the days. From Saturday, a potential 28-day mission of footballing madness will erupt, during which Liverpool will make a bid to win the lot, via a projected eight games in three different competitions, and with only two of these to take place within the comforts of home.

It is going to be an enormous ask to pull off the seemingly impossible; every game is now the biggest one of the season. A domino effect will need to take place and Liverpool will have to be faultless if they are going to fulfil the most outrageous of footballing dreams.

I don’t always buy in to the concept of taking things one game at a time, as contemporary football is far too demanding for that. Play a Champions League game on a Wednesday night with another one to follow six days later, an away Premier League fixture nestled in-between and it isn’t as simple as sending out the same 11 players and saying, “we go again.” 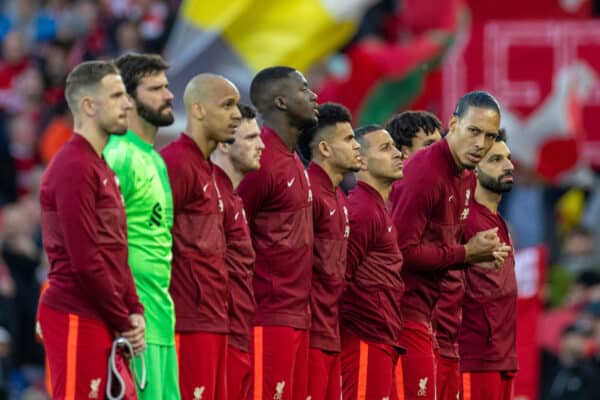 There must be a methodical approach to it. At St James’ Park on Saturday, given the stakes, Jürgen Klopp might only make two or three changes to the starting line-up that took on Villarreal in the first leg of the Champions League semi-final, but he will already have an idea of who he will be hooking around the hour mark.

Dependent upon the scoreline at 60 minutes on Tyneside, this will mean these changes will be interpreted as either a rest given to those being removed, with the game all but won and El Madrigal in mind, or that those entering the fray will be handed the task of breaking an air of frustration as we chase a vital win.

Klopp will already have the script to all eventualities written for the Newcastle game, and he will now be working on all the possible scenarios for next Tuesday, with some of those dictated by how close the Premier League title race remains by Saturday evening, as four days beyond our trip to Castellón we will welcoming Antonio Conte and his shape-shifting Tottenham Hotspur to Anfield.

Every game interlocks with the one before it, and the one beyond it. Within the eye of this type of glorious storm taking one game at a time becomes a myth, but despite all talk of a potential quadruple, you can compartmentalise each competition as a separate entity, deconstructing the concept of the cluster of potentially winning all four trophies we set out in pursuit of this season.

The League Cup is won, and rather than being of consequence to the wider end-of-season target, it can be consigned to a past, where the best thing all round is to forget all about it. Champions League hat taken off again, we now reach for our Premier League one before switching around once more next Tuesday. It’s like Liverpool are on a world tour with many different outposts visited and costume changes galore.

There is no time to bask in the possible history that is in the making. Should we achieve the impossible, the time to let that wash over you will be within the celebratory throng of a homecoming parade, or when you’re stretched out on a sun lounger next to the pool with an ice-cold beer at hand. 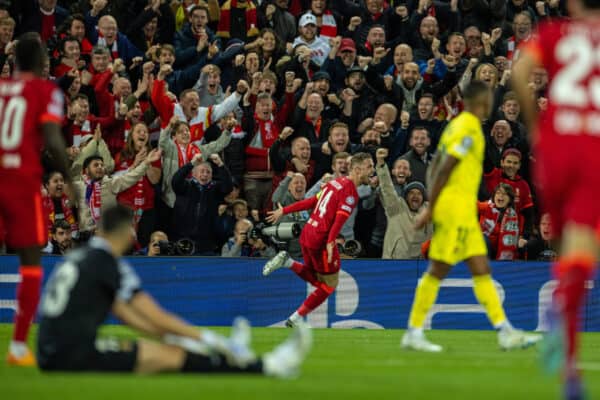 Right now, it is all about us as supporters living each moment for all they are worth, and to provide the soundtrack to each game while Klopp meticulously plots the route, and his players live the same moments we do, except at much closer quarters and with the power to mould our fate with a ball at their feet, rather than their voices.

On Wednesday evening, patience was the key for Liverpool in giving themselves an advantage to take to Spain. There were similarities to the Merseyside derby in that we went in at halftime with the scoreline locked at 0-0 and frustrations to work through; it made for an almost identical experience, apart from the visitors in yellow being less panicked by being in possession of the ball than our visitors in blue were on Sunday.

Villarreal were put under the most intense pressure for most of the evening and it is a credit to them that they were breached only twice. At times they passed the ball well, utilising space in a way we can’t permit them to next Tuesday. Unai Emery’s team will need to come at us at some stage and it will be up to us to be resolute in defence, commanding in midfield, and for our front three to make hay with the extra space they should be able to find.

Attention now turns to Saturday though, and a trip to Newcastle that Pep Guardiola will have earmarked as one of his biggest hopes of Liverpool dropping points. Fresh off the back of four successive victories and with ambitions of questionably funded brighter horizons, Eddie Howe and his players will see us as the benchmark by which to aim, and a timely test of their current status.

A pivotal weekend in the Premier League title race, Manchester City have their own away trip, theirs against a team with safety from relegation far from assured, but they will do it within an eight-day gap between the two legs of their Champions League semi-final.

Advantages of the fixture list, the easier run-in and the one-point lead, our rival has everything in their hands, yet at one stage they also had a 14-point cushion. The mind games belong to us.

While we can’t completely go at this within an air of one game at a time, what we have are some carefully plotted steppingstones to navigate our way across. It is suggested that we are eight games away from immortality, yet one false move can bring it all crashing down.

How are your nerves?