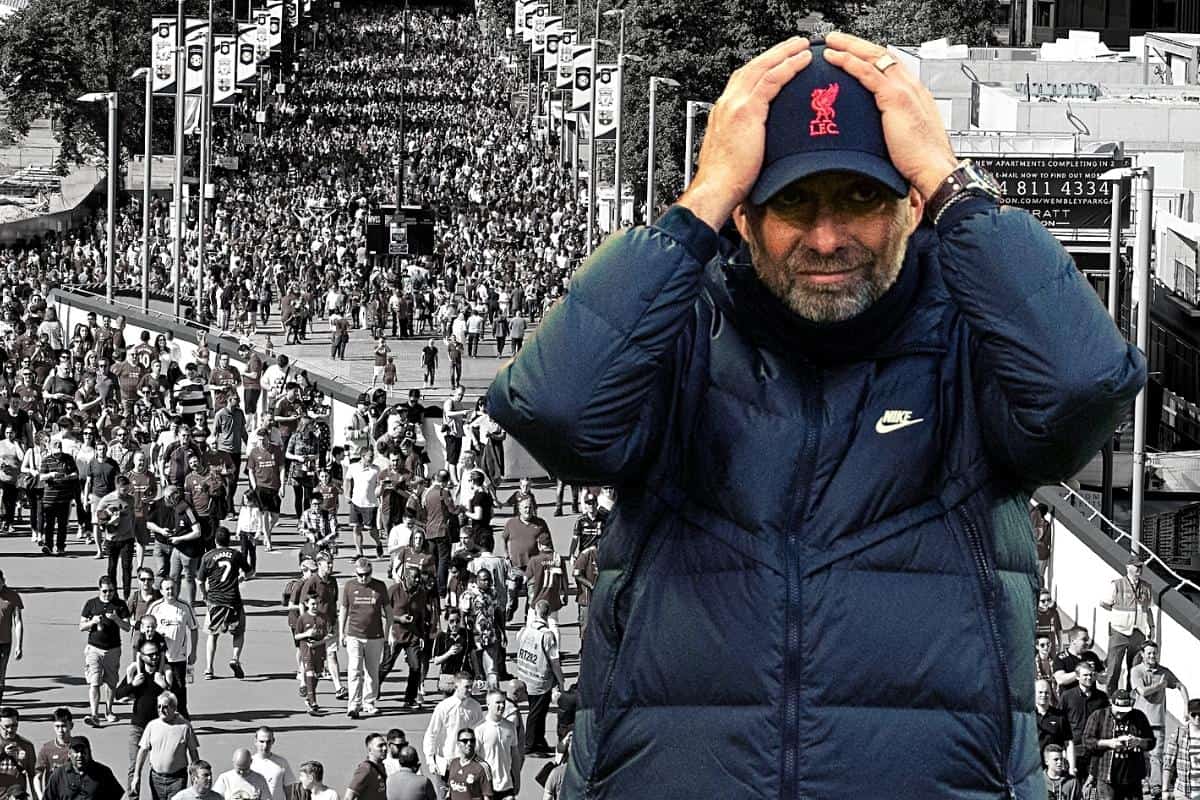 Jurgen Klopp has described the scheduling of the FA Cup semi-final vs. Man City on a weekend when all trains from the northwest are cancelled as “ridiculous.”

Liverpool will play Man City in their semi-final on April 16, with no direct trains to London from either Liverpool or Manchester throughout the entire weekend.

Despite calls for the clash to be moved to a more accessible neutral venue, the FA pushed forward with their original plan, with a meagre gesture of 100 coaches laid on for the two clubs free of charge.

Those coaches will allow around 5,000 fans to travel to Wembley, but do not cater for the remaining 55,000 or so who still need to find a means of making their way down to London.

Jordan Henderson has already expressed his desire for the venue to have been changed, while Klopp has now labelled it “one of the most ridiculous stories” he has heard.

“Oh, this wonderful issue where there are no trains. It’s one of the most ridiculous stories I ever heard,” he told reporters on Friday.

“I heard that they’ve known [about] it for 18 months. I’m not sure if the FA thought no club from the northwest would be part of the semi-finals.

“I really can’t believe that things like this can happen, with all the information we have out there.

“And I heard now the FA or whoever – probably we will do it as well – put on some coaches on the road.

“But what is it usually, four-and-a-half hours to London? It will probably be 12 then, because all the coaches [are going] in the same direction. That makes absolutely no sense.

“A great decision…I’m not sure when they had to decide about when the semi-final is, I think there would probably have been another weekend.

“Between the Champions League games? Or [swapping with] our City game [in the Premier League]? That would be funny, to move the City game for the City game.

“But then maybe then on that weekend at least all fans could have gone to Wembley. Now they can’t, or it’s more difficult.

“On the other hand, how I know our people, they will find a way. I’m just really not happy that somebody made it complicated for them.

“It should be easier to go and see your football team in a semi-final than in the ways they have to choose now.”