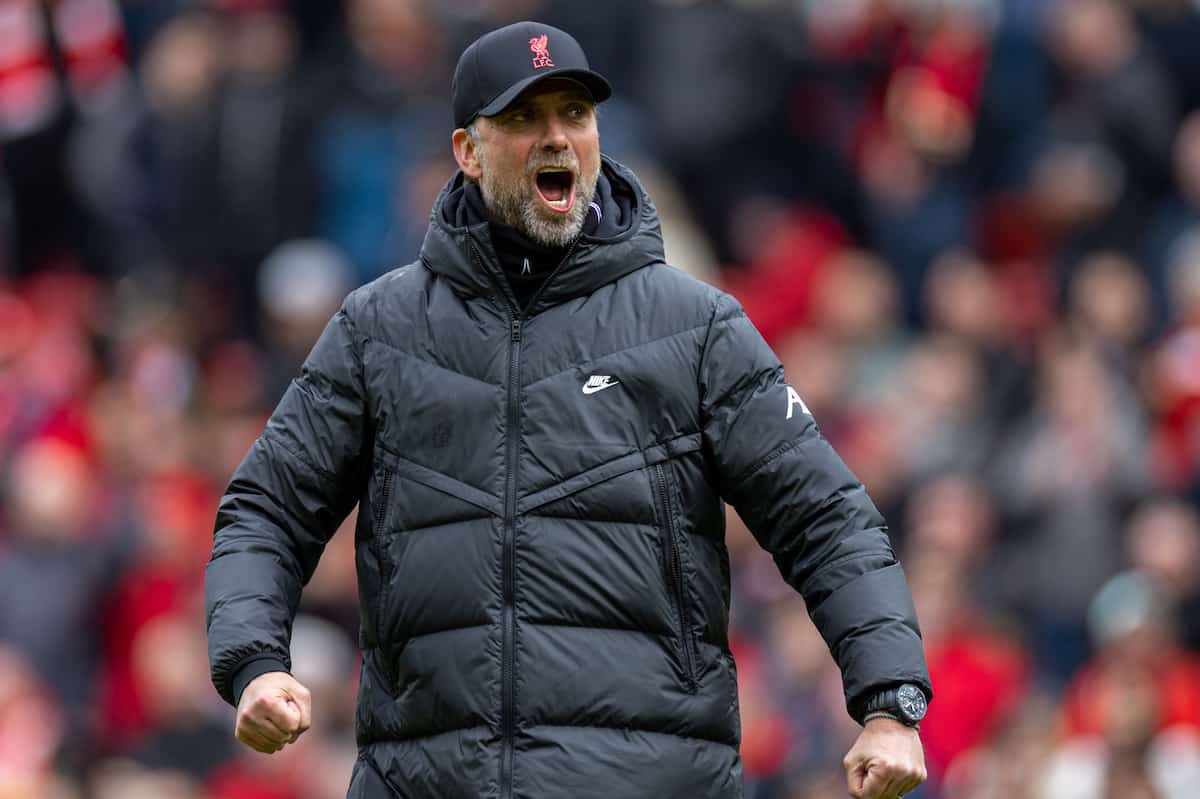 The business end of the season is upon us, the time when you can put yourselves in the best position to lift a trophy and Liverpool could yet do that three more times.

The word quadruple associated with Liverpool is met with different reactions depending on who you talk to, from feeling free to dream of the possibilities to keeping it very much realistic.

There is no right or wrong response, for Jurgen Klopp, he has long acknowledged it as a target that is not realistic such are the scheduling demands, but he enjoys watching others embrace the dream.

With one trophy in the cabinet and the remaining three still within arm’s reach, the longer the Reds hold on the brighter the fire will burn and a little dream turns into a real possibility.

Klopp is rightly keeping a lid on it all and in a brilliant chat with Peter Crouch on BT Sport, the manager cut a relaxed figure when discussing the Reds’ potential success.

“No, it’s not [a realistic target], I don’t think it ever was,” Klopp said. “I don’t think anybody has ever won the quadruple. Not in England and I don’t know in other countries if it happened.

“The schedule makes it really difficult. If you are 20 points ahead in the league you can say ‘it’s not too important anymore,’ but for us, we have to go for everything in each game.

“That makes it really unlikely, but we won the first competition and that’s why we are the only won that can win the quadruple.

“But City is probably the favourite for the treble, that’s how it is.

“That’s the situation we are in and it’s fine. I don’t want to stop the emotions or people getting carried away, I have no problem with that at all.

“I know our people long enough, they are realistic as well but they are always ready to dream when there is a little chance to dream.

“I’m absolutely fine with that and I couldn’t be more relaxed, if we could win one other competition it would already be outstanding.

“We will see what happens, but that we are close enough around the big decisions is already really cool.”