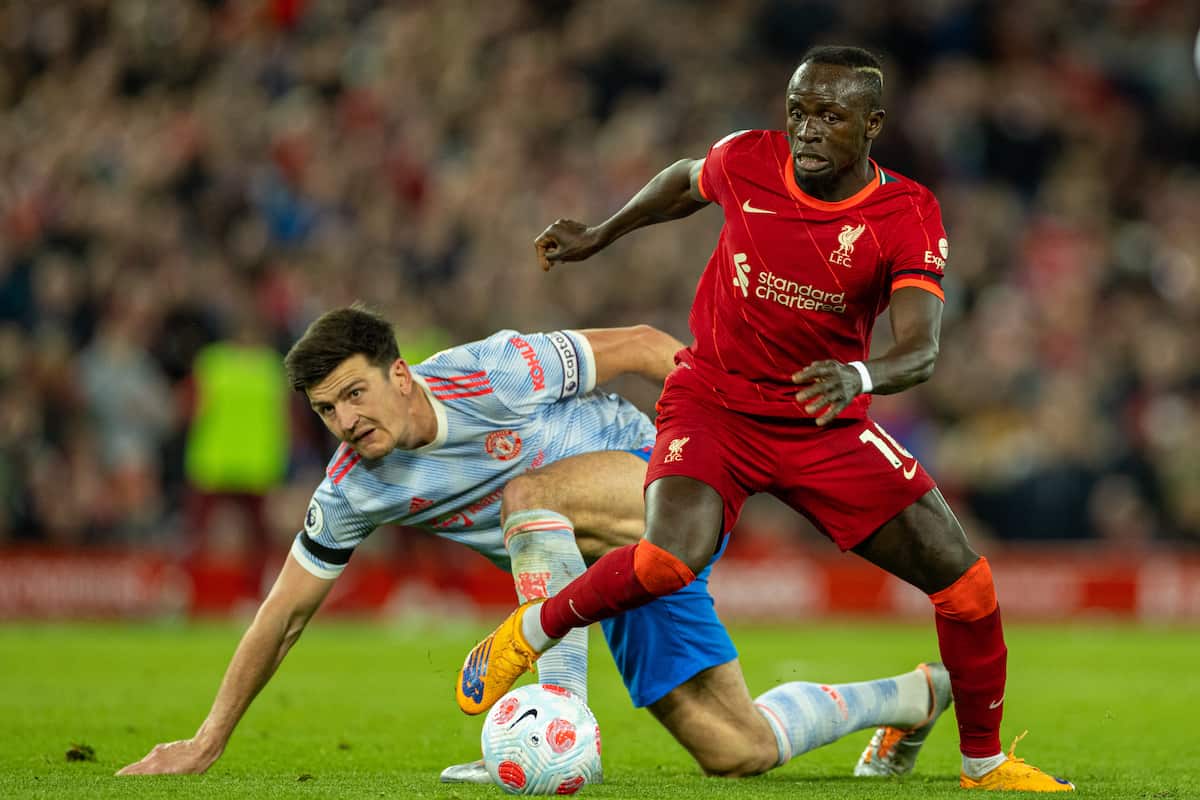 Sadio Mane has roared to life in the most emphatic of ways in the last few weeks for Liverpool, with five goals in his last five games duly catching everyone’s attention.

In the buildup to Tuesday’s game, Jurgen Klopp was asked if Luis Diaz‘s arrival had triggered the resurgence of his No. 10, and his response was simple.

“I have known Sadio nearly six years, as far as I know, he never needed any kind of competition to try to be the best version of himself,” Klopp said.

After shaking off the emotional and physical fatigue that the start of the year entailed with Senegal, Mane, and Mohamed Salah, are turning the corner at just the right time for Liverpool. 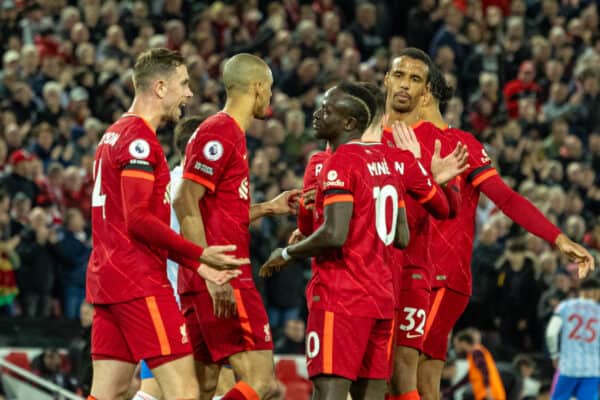 Against Man United, the pair were electric and Mane was once again at the heart of Liverpool’s effervescent display, first providing the perfect assist before scoring one of his own.

Now readily deployed in the No. 9 role, Mane has emphatically responded to suggestions he was on a decline and fans were quick to laud his influence and performance after the 4-0 win:

All the talk will be about Thiago and rightly so, but Sadio Mane has been fucking sensational recently, really stepped up into that number 9 role. So so impressed with him. ??

Sadio Mané inventing new angles there. What a goal this is. pic.twitter.com/rJO2Orixne

Can’t top thinking about this pass from Sadio Mané ? pic.twitter.com/POvFLmn2PO

Sadio Mane is an exceptional talent and a great player ???? pic.twitter.com/NiHfGW4gqz

Given Sadio Mané’s hit-and-miss form the past few years, there’s always the chance this a purple patch — that makes renewing risky.

The thing is, Sadio isn’t playing like Sadio again — he’s playing like someone completely different. THAT is a really intriguing prospect. I’m in. pic.twitter.com/HOr0XupWQE

Sadio Mane is one of the best attackers of all time.

Sadio Mane btw, that assist is one of the best I’ve seen this season. Made that goal on a plate for Salah. Appreciate both while they’re here. ??

Another night where Sadio Mane shone through the middle. Has been superb all year yet rarely gets the credit he deserves.

Sadio Mane's movement is the real deal in that goal.

What a false 9 he has become. https://t.co/ijdxWdCRXC

Sadio Mane has been directly involved in 15 goals since the start of 2022 for club & country:

I want everyone to understand that Sadio Mane is an absolute monster.

Sadio Mané developed at Southampton as a 2nd striker with Graziano Pellè.He took LFC into the top 4 as a right winger. Salah arrived so he won the Premier League & Champions League as a left winger. He’s now spearheading their quadruple charge as a false 9. Premier League legend.

With 19 goals and three assists to his name, it is some season that Mane is having and with nine, hopefully 10, games remaining he will continue to have a big say in any success Liverpool enjoys.

He has a lot to say yet and as Klopp rightly pointed out: “The quality of Sadio we don’t really have to talk about because it’s absolutely incredible.”