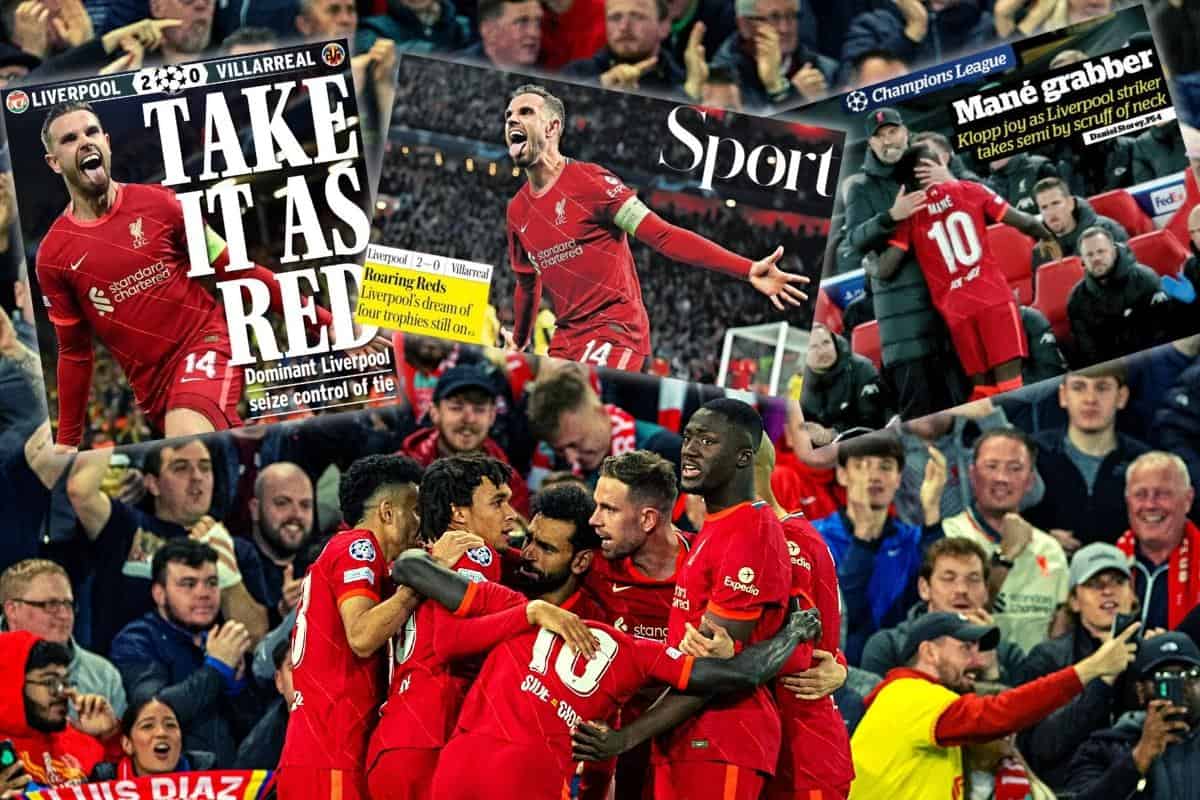 Liverpool eventually got the goals to give them advantage after the first leg and one foot in the Champions League final, with the media speaking of the professional job against Villarreal.

Jurgen Klopp‘s men overcame a frustrating opening 45 minutes at Anfield prior to taking control of their semi-final tie.

The Reds took the lead through Pervis Estupinan’s deflected own goal then added a second within two minutes when Sadio Mane toe-poked home after a superb assist from Mo Salah.

Liverpool got the job done in professional fashion… 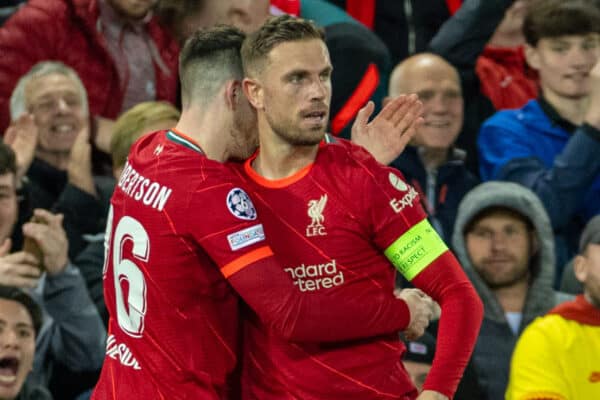 The Mirror‘s Colin Millar hailed the Reds’ patience against the ‘Yellow Submarine’:

“Just as had been the case four days earlier against Everton, Klopp’s side did not panic and believed in their own style of play and system to get their noses in front.

“It is indicative of the self-belief and assuredness with which they are playing to overcome their opponents.”

David Hytner of the Guardian echoed that sentiment:

“It is one thing to be the red-hot favourites; another to make it count.

“Liverpool took a significant stride towards their 10th European Cup final on a night when they refused to lose sight of their plan, what has got them to the point where an unprecedented quadruple is a possibility.

“Villarreal came to frustrate. It is an approach that had worked in the previous rounds, helping them to stage stunning heists that got them past Juventus and Bayern Munich. With the scoreline blank at the interval, Unai Emery had to feel that he was a part of the way to further plunder.

“Liverpool stayed cool. They continued to press on to the front foot, to manipulate the ball, only with more pace, more feeling. And they blew the doors off with two blasts in quick succession, the first when a Jordan Henderson cross deflected off the unfortunate Pervis Estupiñán to float into the far corner.”

The Daily Mail‘s Martin Samuel felt it was a hard-earned victory:

“Liverpool got what they deserved, eventually, but it was a fair time coming.

“Liverpool were made to work hard here, have no doubt of that. And without a fortuitous deflection who knows how long it would have taken to get the upper hand?

“It is hard to feel sorry for Villarreal, mind, when they offered so little. They will have to be more expansive than this if they are to stand the merest chance at home.”

Mark Critchley of the Independent thought there was a chasm in class between the two sides:

“You could tell from the way that right from the kick-off, the yellow submarine was submerged. This was the semi-finals of the Champions League – one stop before the ultimate pinnacle of the sport – but even the unlikely semi-finalists themselves expected it to be an outright mismatch.

“In one corner, six European Cups, a manager who will be remembered among the greatest of his generation and possibly the most feared forward line in world football.

“In the other, an organised team that had scalped Juventus and Bayern Munich and therefore could not be underestimated, but one that finished seventh in La Liga last season and remains seventh today.” 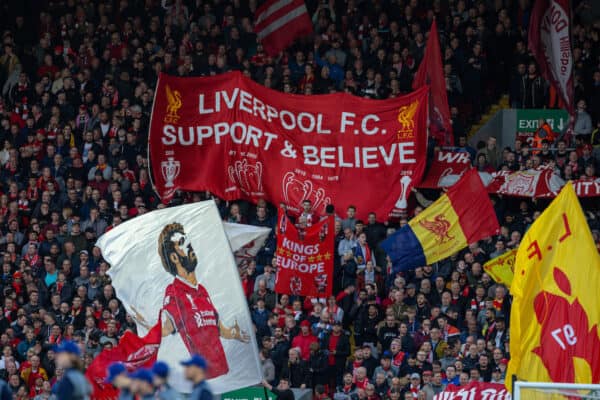 This Is Anfield‘s Mark Delgado looked ahead to a tough-looking trip to Newcastle:

“Klopp isn’t the type of manager to take a 2-0 lead for granted in a two-legged tie, but the scoreline does give Liverpool some slack to focus on other games.

“They travel to Newcastle for Saturday’s early kick-off, which isn’t ideal after a Wednesday evening Champions League game, but they might not have to focus too much on the second leg.

“Newcastle is now the big cup game on the horizon, as it feels like each game between now and the end of the season needs to be won if Liverpool are to have even the smallest chance of overtaking City.

“Pep Guardiola’s side have the favourable run-in, but by putting themselves in the driving seat in their Champions League semi Liverpool do have an edge on their title rivals in that sense, as City’s semi with Real Madrid is still in the balance.”

The Telegraph‘s Jason Burt can’t see Villarreal producing a comeback and had to mention the potential quadruple:

“History has shown, certain recent history in this competition, that even the most daunting of first-leg advantages can be overturned but it would be a seismic shock if Liverpool were to surrender this lead in Spain next Tuesday.

“Can Villarreal really hope to score three times against Liverpool without reply?

“Should Liverpool prevail it will be a third Champions League final in five years which provides yet more compelling evidence of their dominance.

“And, yes, that unprecedented ‘quadruple’ would still be on as well in what could turn out to be the most incredible ever campaign for Jürgen Klopp and this remarkable group of players.

“Such is their power, in every aspect, that nothing can be ruled out.”

“This is the best Liverpool team I’ve ever seen. They’re relentless with and without the ball,” Ferdinand beamed to BT Sport after the final whistle.

“It’s the way they press teams, the energy, effort, application, you marvel at it. That [the quadruple] has got to be the aim. They are going to set themselves the target.

“If they achieve it they’re immortal, they are above anyone that has played the game in this country. Whether they can achieve it remains to be seen. But they’re ticking boxes along the way at the moment.”

Finally, Goal‘s Neil Jones is also dreaming about what may lie ahead:

“The result, though, is what is important, and Liverpool will certainly be backed to finish the job in six days’ time, even if they must first negotiate a tricky Premier League trip to Newcastle on Saturday lunchtime.

“The night finished as it had started, with The Beatles playing on the Anfield PA system.

“It was ‘Yellow Submarine’ before kick-off, a nice touch given the opposition, but it was a different tune being belted out by the end.

“‘I Feel Fine’ has become the soundtrack to Liverpool’s season, and no wonder.

“They’re so glad, that Jurgen is a red, and come the end of next month, these fans, and this team, could have everything they ever dreamed of.”