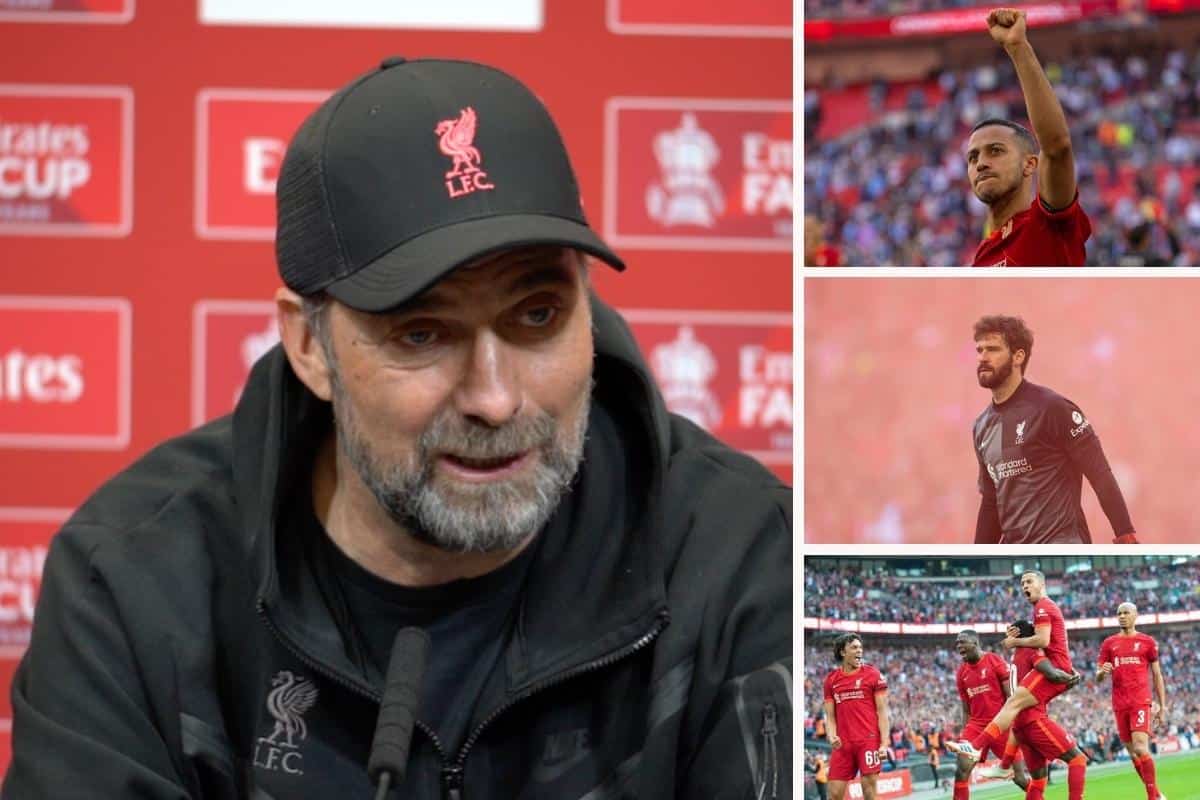 Jurgen Klopp was full of admiration for his team as they secured their place in the FA Cup final with a 3-2 win over Man City at Wembley.

Here are four key points from the manager after his side secured their place in the FA Cup final:

Milly to thank for the fist pumps! 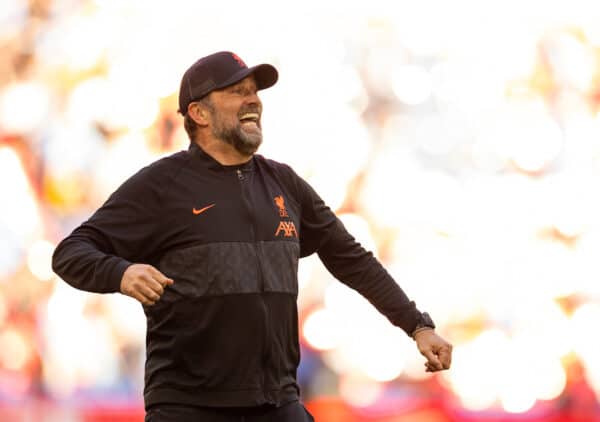 The manager had already done a little walk around the pitch to show his appreciation to the travelling supporters before turning around for his trademark fist pumps.

But we have James Milner to thank for those!

“It was a really special atmosphere our people created here, it was second to none! I loved each part of it.

“Milly told me I have to do it, he looked at me and said ‘you have to’ so I did it because of Milly.” 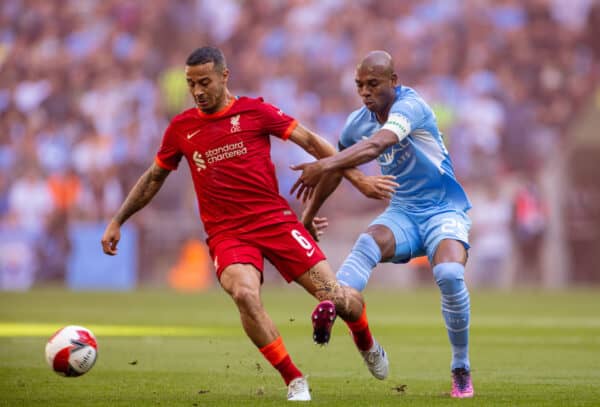 Fabinho, Thiago and Naby Keita were all named to start at Wembley much to the delight of supporters and they more than delivered, controlling and dictating at will.

“Thiago, top performance, but the whole midfield! That was football, eh,” Klopp said with sheer admiration.

“Naby, oof. Fab, comparate the two games at City and today and you can see how important it is to give them a rest in specific moments.”

More of the same, please! 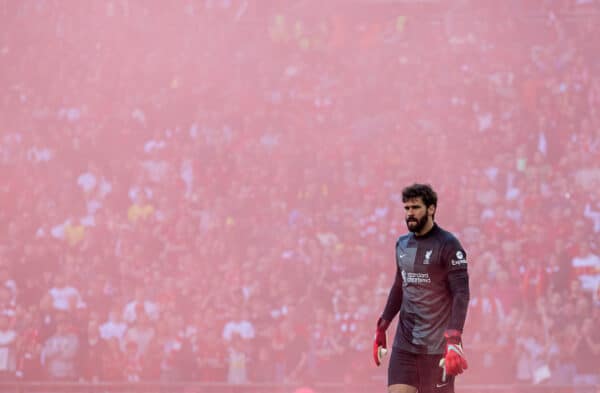 Klopp admitted it would’ve been “strange” to beat City 3-0 and he always knew his side could not rest on their half-time lead.

But that did not mean Alisson didn’t have his work cut out for him!

“No football player on the planet feels safe against City with a 3-1 lead, it’s always clear what they can do,” Klopp said.

“There were moments, but most times we defended well. They got one time through and it was like ‘whoops’.

“We needed Ali, what a game he played!”

Indeed, what a goalkeeper he is. 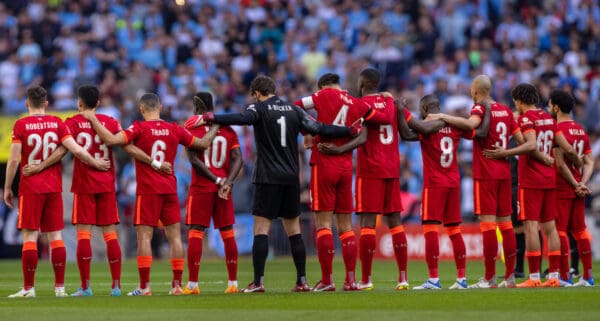 With a game every midweek and weekend until the end of the league season on May 22, Klopp knows he has to utilise his entire squad.

“It will be incredibly tough but it will be nice,” he said of the fixtures that lay in wait.

“As long as we can make changes we have to make changes to use the full quality of the squad and of the individual.

“We have to try to find lineups and formations to be in each game as recovered as possible, but we need rhythm as well.”