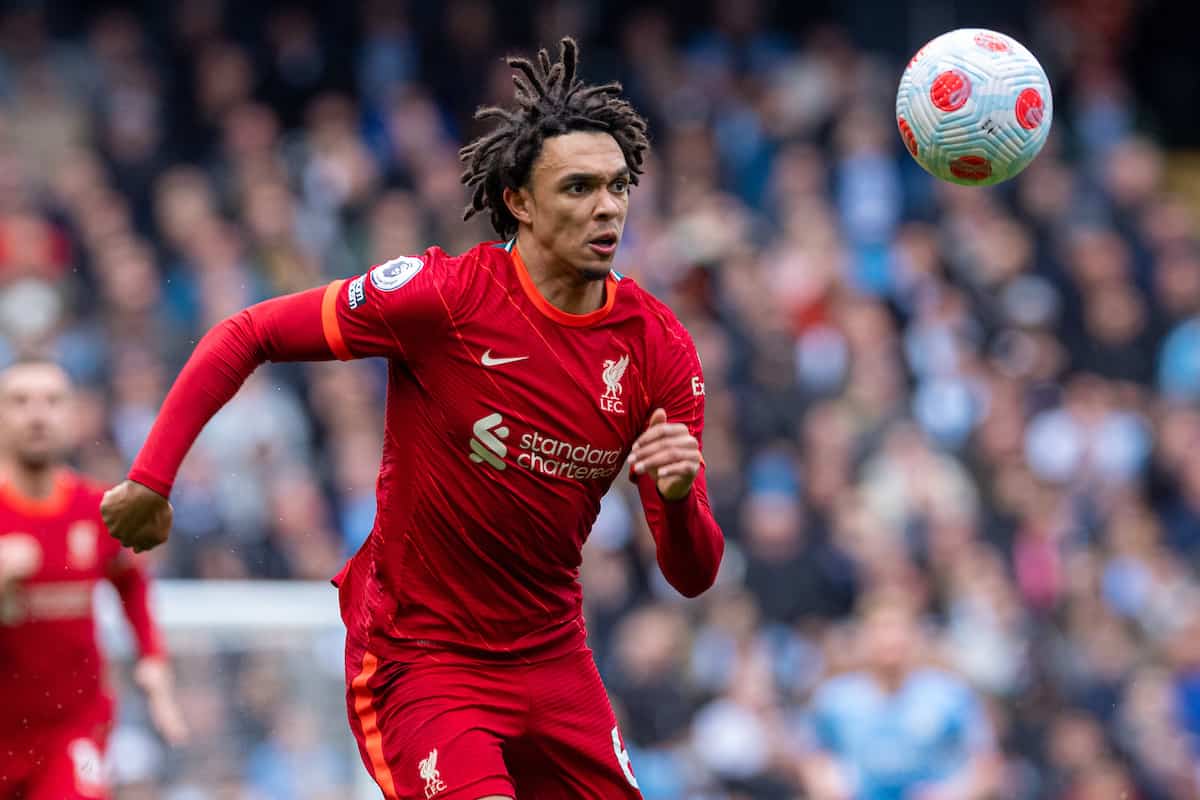 Trent Alexander-Arnold conceded the billing of Liverpool’s trip to Man City as one of the biggest matches in Premier League history led to some early nerves.

Jurgen Klopp‘s side were off-kilter from the first whistle, letting the occasion override the match itself as Man City took control.

Diogo Jota‘s goal kept the Reds in the contest after Kevin De Bruyne and Gabriel Jesus struck in a first half that Liverpool eagerly wanted to see the back of.

After regrouping, Sadio Mane landed a swift punch after the break and the scoreboard shut up shop as the two sides saw out a 2-2 draw, with City edging the game’s chances.

It was not Liverpool at their best and Alexander-Arnold conceded nerves played their part in what was a scrappy opening from his side.

“There were a little bit of nerves in there, to be honest. There was bound to be, it is a huge game,” the right-back told beIn SPORTS.

“It’s been pumped up all week, hearing it’s one of the biggest games in Premier League history, the biggest rivalry – things like that.

“It’s always going to put things into your head and you know how many people are watching, but after that, we settled down and scored our goal.

“The first half, in general, we were not ourselves, we didn’t play the football we wanted to and the time we did, we scored our goal.

“That was one of the messages from the manager at halftime, play our football and I think we came out in the second half with a point to prove and scored the early goal.”

?? "We want to win every game we are in no matter the opposition… It says a lot about us that we've got that slight disappointment not to come here and win."@TrentAA's reaction to the 2-2 draw against Man City ??

The margin between the two teams still stands at one point but with seven games to go, plenty of twists could yet be in store.

Alexander-Arnold is hopeful Liverpool will not find themselves on the end of one such curveball but instead be there to capitalise on any of City’s.

“It says a lot about us that we’ve got that slight disappointment not to come here and win but I think it was very important for us not to lose this game,” Alexander-Arnold said.

“I still think we’re in a decent position but it is in their hands. A few years ago this is what happened, they went on a really good run and we weren’t able to capitalise.

“Hopefully this time around they’ll drop a few points for us.”