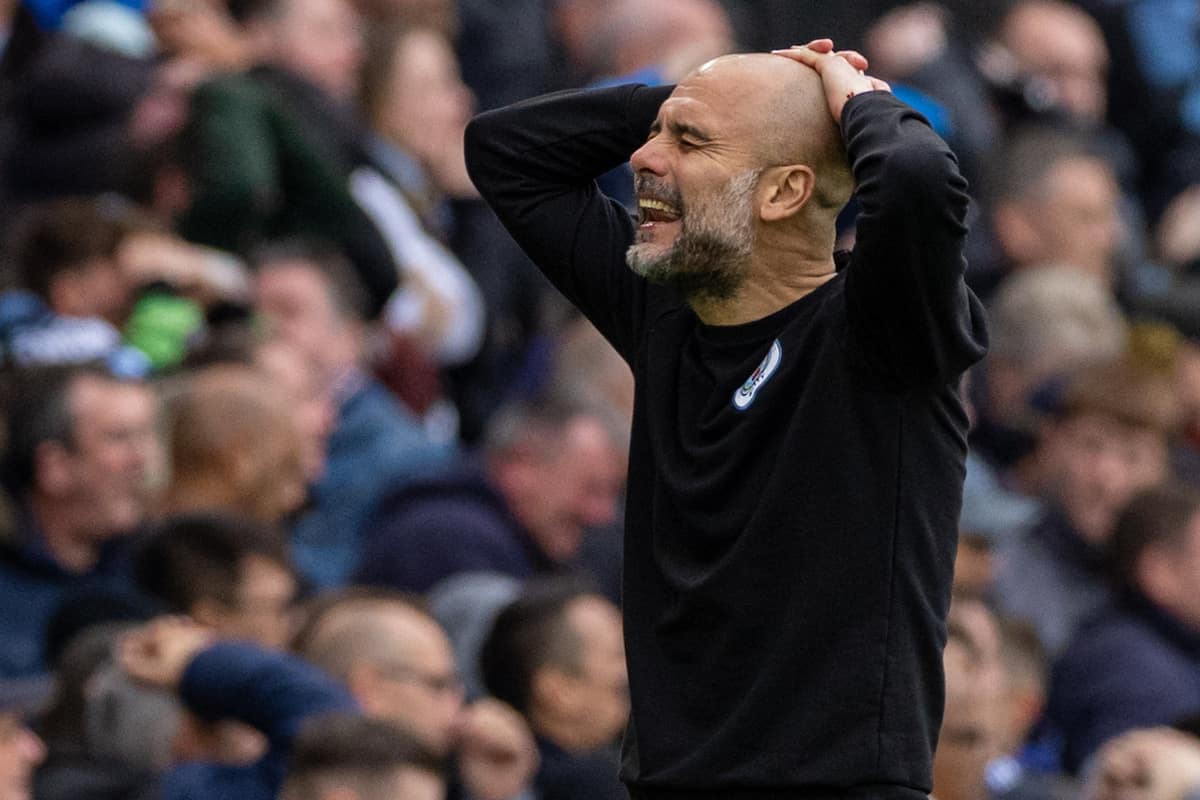 Pep Guardiola claims his Man City side are in “big trouble” with injuries ahead of their FA Cup semi-final with Liverpool on Saturday.

The Reds and their Premier League title rivals both navigated their way into the Champions League semi-finals on Wednesday evening, as a final meeting in Paris next month becomes increasingly likely.

While Liverpool were able to rest key men in their 3-3 draw at home to Benfica, Guardiola’s men battled their way to a 0-0 draw at Atletico Madrid, in what became an intense game that spilled over into chaos late on and after the final whistle.

The physical effects that it may have had on City can only bode well for Liverpool ahead of Saturday’s clash at Wembley, but that’s not their only issue. 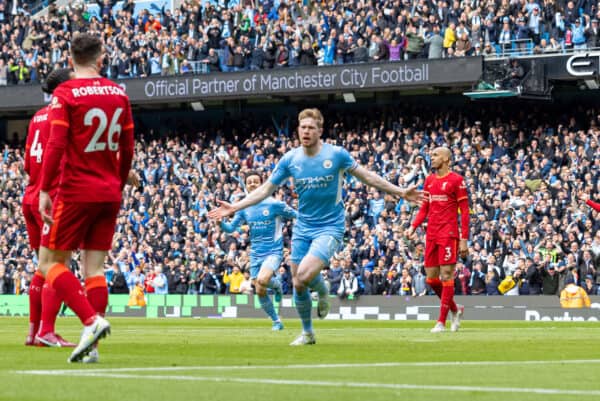 Speaking after the game, Guardiola claimed there are big injury problems for his squad, with Kevin De Bruyne and Kyle Walker both going off with knocks:

“We are in big trouble, so we can’t forget we played three days ago, travelled, come here, have a lot of injuries now and I don’t know what will happen in the next weeks but today we celebrate because it is the third time in Manchester City‘s history we are in the Champions League semi-finals.

“We cannot play all the time and score four or five goals, we are human beings – we come from a difficult game against Liverpool.”

Guardiola has a history of over-egging injury problems only for players to pull through quickly, but if these comments are to be believed, it no doubt benefits Liverpool.

Walker being out would mean Joao Cancelo having to switch from the left-back role he has excelled in this season, with Nathan Ake likely coming in after only starting two games since mid-February. 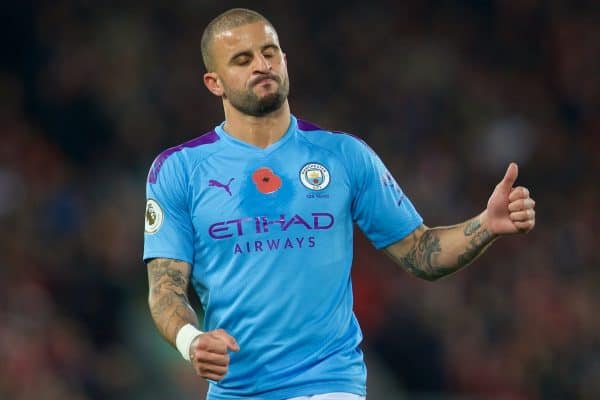 While far from the greatest defender, not having Walker’s electric pace to mop up counter-attacks would also mean City losing one of their underrated weapons.

Meanwhile, De Bruyne has been an increasingly influential presence as the season has gone on, scoring six goals in his last seven appearances, so his absence would feel significant.

Ruben Dias also hasn’t featured since March 1 with an injury of his own, so throwing him could be deemed a risk, while Phil Foden was targeted by Atletico, cutting a battered and bruised figure by the end.

Guardiola has enviable depth in his squad and his starting lineup against Liverpool will be daunting regardless of injuries, but this update undoubtedly acts as a positive for Liverpool.

On the flip side, the Reds look to have no new injury problems going into the Wembley meeting, with Jurgen Klopp saying “everybody should be fine” after the Benfica game.