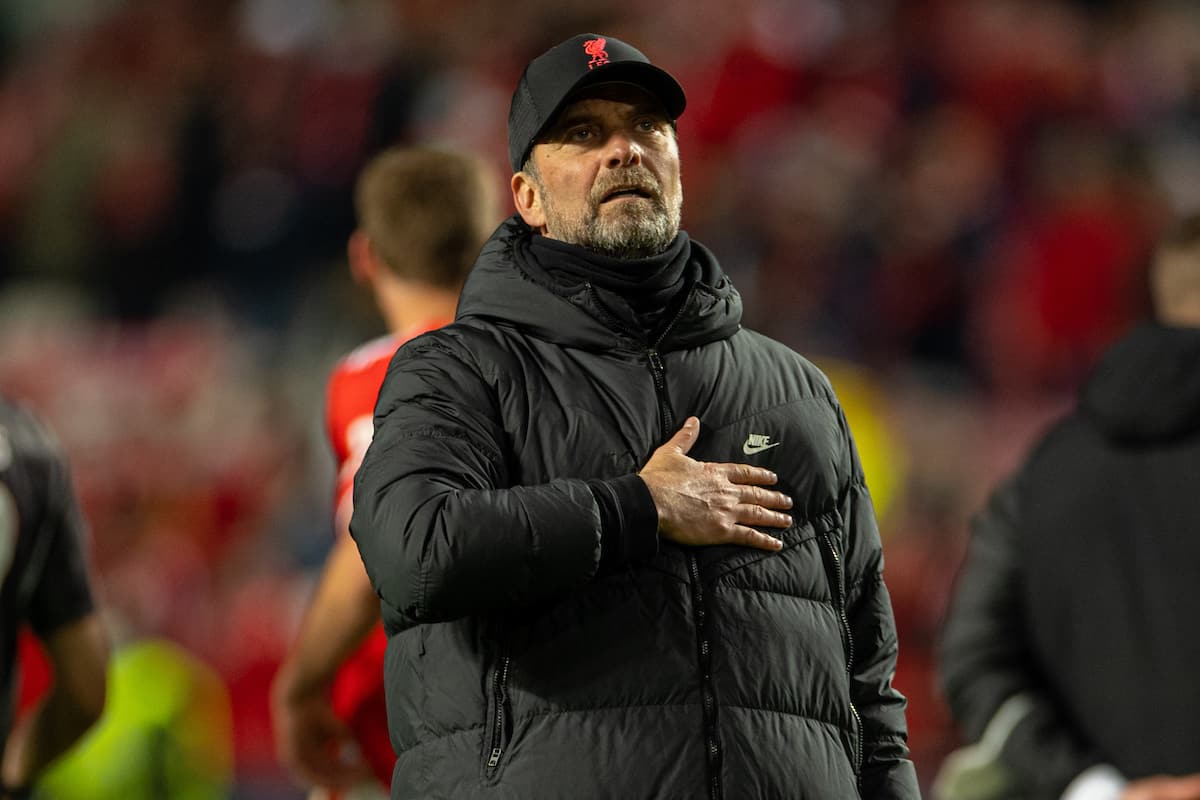 Liverpool manager Jurgen Klopp admits his side should have scored more in their 3-1 victory over Benfica having dominated the first half of their Champions League quarter-final in Lisbon.

The Reds could have put the tie to bed before the second leg with the number of chances they created in the opening 45 minutes but they were still cruising at the break thanks to Ibrahima Konate’s first since joining from RB Leipzig in the summer and Sadio Mane’s close-range strike.

Klopp was unhappy his side then gifted Darwin Nunez a goal just after the break, when Konate’s misjudgement presented him with a simple chance, and that changed the direction of the game until winger Luis Diaz, on his first return to Portugal since leaving Porto in January, struck in the 87th minute.

“It doesn’t tell the whole story but the most important thing is we came here for a result,” said Klopp.

“I didn’t expect the game being any easier but I have to say a big compliment for Benfica, they really fought for their lives – especially after we opened the door a little bit for them.

“It was clear when they scored the crowd would be back and the atmosphere would be good. Good teams tend to use that.

“The game was slightly more open then we wished but in the end we scored and I think everyone in the room would agree we could have scored more goals and should have.

“We would have wished we didn’t give them the opportunity to come back in the game.

“It was an away game in the Champions League quarter-final and if that was easy something would be wrong with the competition.” 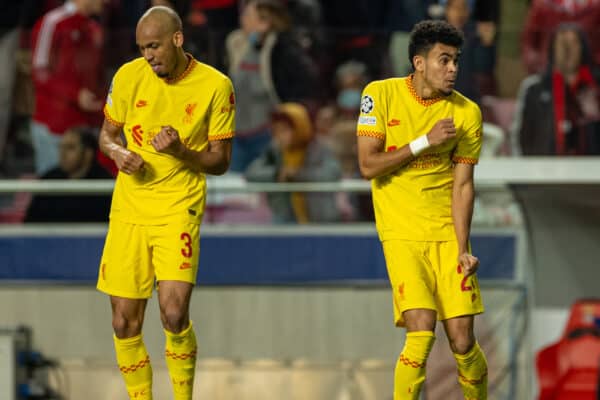 Victory equalled a club record of five successive away wins in the competition first set in 1985, but also matched in 2005 when the club played three Champions League qualifiers.

However, Klopp will not take the return leg for granted as his side’s quest for an unprecedented quadruple took another step forward.

“We were two goals up at half-time today and we knew it was not easy,” he added.

“Benfica really wanted to go for it. Now they come to Anfield and we have to use that.”

Klopp made six changes for the game, resting the likes of Joel Matip ahead of Sunday’s top-of-the-table trip to face Manchester City at the Etihad Stadium.

But the manager said that match had not been in his thoughts in Portugal.

“I didn’t think a second until now about the City game, so I couldn’t make changes for the game,” he said. 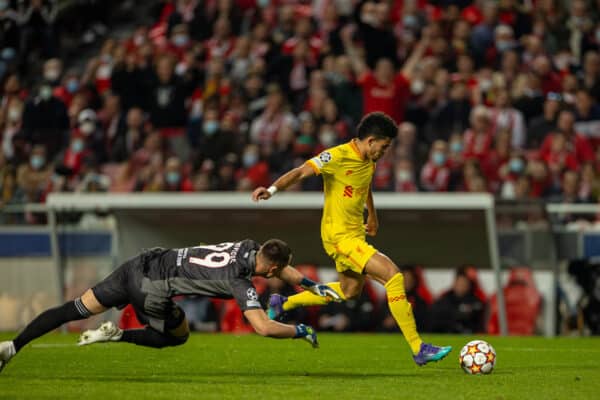 Benfica caretaker coach Nelson Verissimo knows the concession of that late goal has made their task much more difficult.

“The tie is not over. We are aware it is harder now,” he said.

“We suffered from a corner but felt at half-time the game was not over.

“I tried to inject some confidence into my players as we wanted to score a goal to get ourselves back in it and the second half started like we wanted.

“In the end they scored again and that makes our task all that much harder but not impossible.”