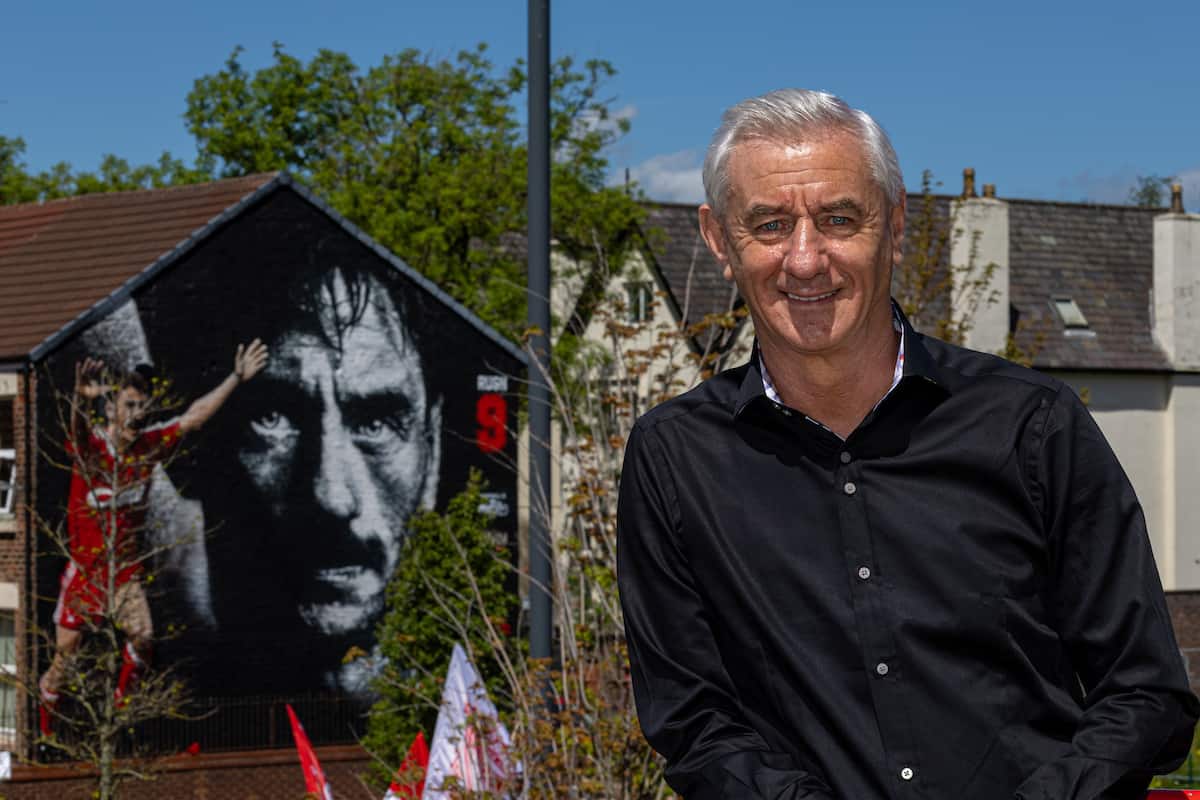 A brilliant new mural at Anfield has been completed, this time celebrating Liverpool’s legendary top goalscorer Ian Rush, and it’s one you cannot miss.

Rush is the latest Red to be immortalised with a new mural, one that pays tribute to the Welshman’s incredible feats as Liverpool’s No. 9.

In 660 appearances across two spells with the club, Rush found the net an astounding 346 times to create a record that is unlikely to ever be broken.

The new design, created by MurWalls, can be found on the corner house opposite Anfield’s Main Stand, on Alroy Road. 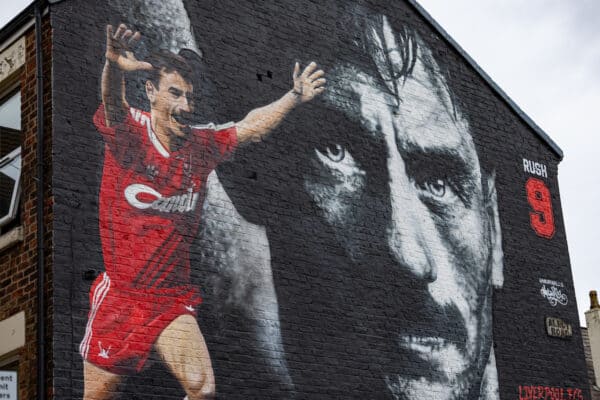 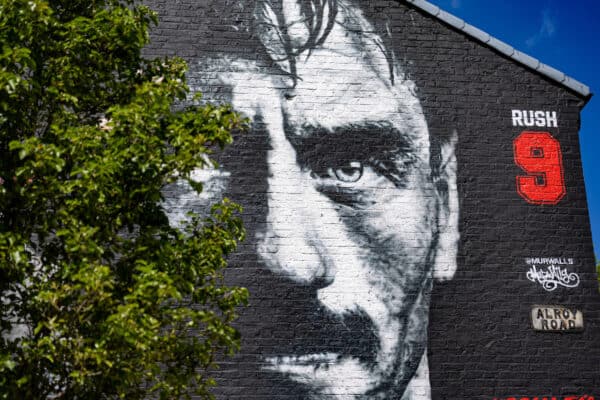 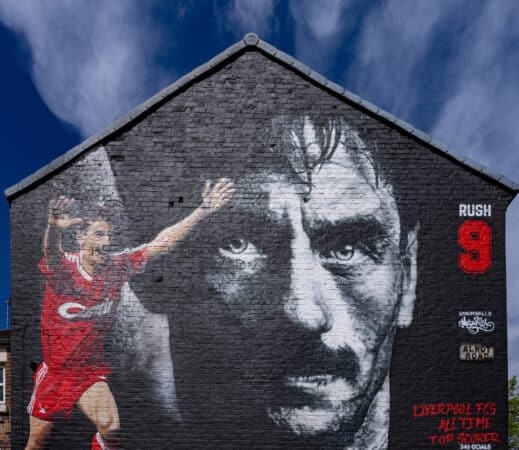 The level of detail is extraordinary and depicts Rush celebrating with his trademark two hands in the air from the 1989 FA Cup final, his brace helping to deliver the cup for Liverpool that day. 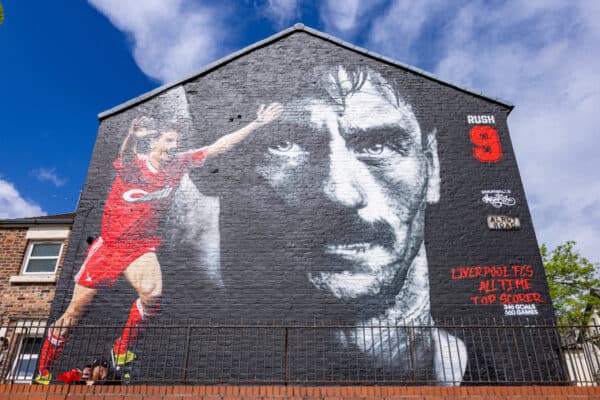 The mural was unveiled on Thursday and sits on the adjacent corner to the tributes to Trent Alexander-Arnold and Jordan Henderson, where Sybil Road meets Anfield Road. 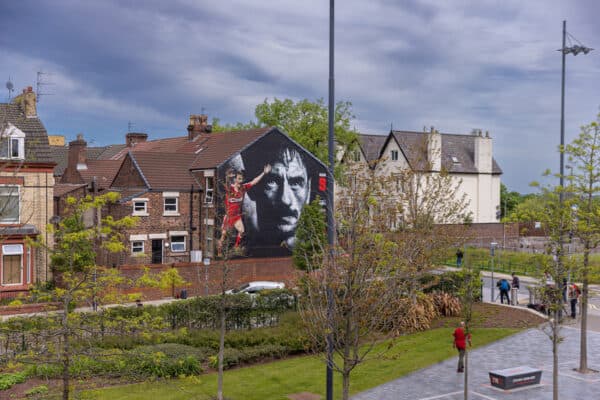 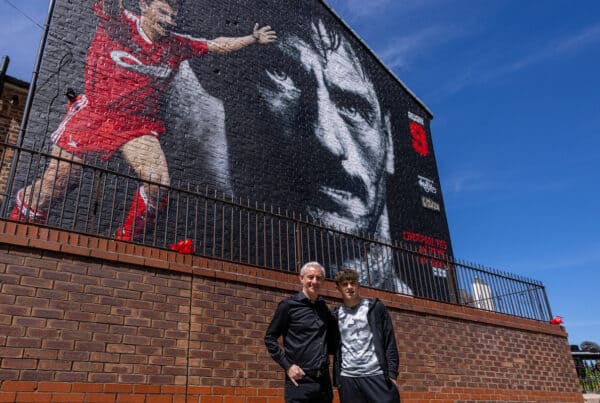 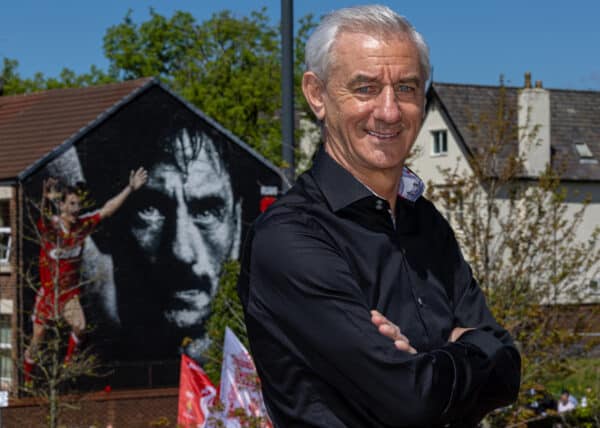 And Rush himself, who enjoyed the unveiling with his family, including his great-nephew Owen Beck, spoke of the “great honour” of being immortalised so close to the club’s spiritual home.

“When you’re playing, you just get on with it and it’s only when you stop playing and you become a supporter you realise I’ve scored 346 goals!

“I can sit back now and say, ‘Yeah, I’ve done well’, because I don’t have to do it anymore.

“To see my face out there is incredible, I’m so proud. I’d like to thank Liverpool Football Club, Liverpool Council and Marc from MurWalls – they’ve been absolutely fantastic.”

It’s another brilliant pitstop for supporters on matchdays to enjoy!