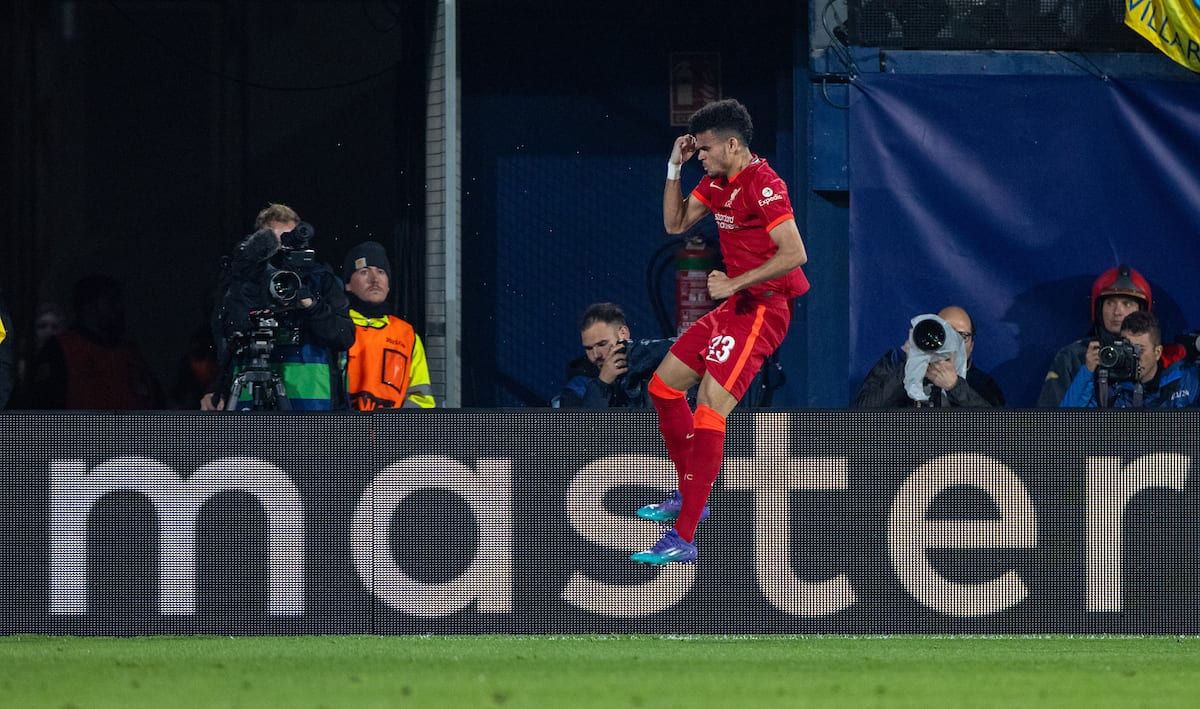 Andy Robertson has lauded the brilliance of Luis Diaz after the Colombian’s game-changing cameo against Villarreal on Tuesday night, describing him as “special”.

Liverpool reached the Champions League final after a surprisingly nerve-shredding evening at El Madrigal, as their quadruple dream looked in danger of evaporating at half-time.

A sloppy opening 45 minutes saw the Reds 2-0 down and level 2-2 on aggregate, only for their class to eventually shine through in a 3-2 win.

It was Diaz who was the catalyst for the victory, replacing Diogo Jota at the break and looking a menace, scoring his side’s equaliser on the night.

The 25-year-old has made a stunning start to life at Liverpool since arriving from Porto in January, and speaking after the game, Robertson hailed his newest teammate:

“He’s been special. We’ve tried to help him as much as we can. We know how difficult it is coming in in January and we’ve tried to get him up to speed.

“He’s a special, special player and the talent he has, and will to win, fits us perfectly.

“It was tough to take ‘Jots’ (Diogo Jota) off – I think he’s been excellent this season – but Luis [Diaz] came on and made a big difference.

“He played on the left and started pushing them back, taking the ball and dribbling, so it was a really good half from him.

“He’s been special since the day he came in and it’s a pleasure to play with him. Hopefully, he will only get better as well, with a full pre-season under his belt.

“What he’s producing here and now is pretty special, though.”

The signing of Diaz could end up being one of the most influential in Liverpool’s history if they go on to achieve something special this season.

The Colombian gave a much-needed injection of magic into the Reds’ campaign at a crucial time, with Mohamed Salah and Sadio Mane on AFCON duty, and with Man City almost out of sight in the Premier League title race.

The impact Diaz has made is truly remarkable, and while five goals and three assists in 21 appearances may not look earth-shattering, his performances have been.

Put simply, there would be no quadruple charge without him and he looks like someone who could be a future legend at Anfield.