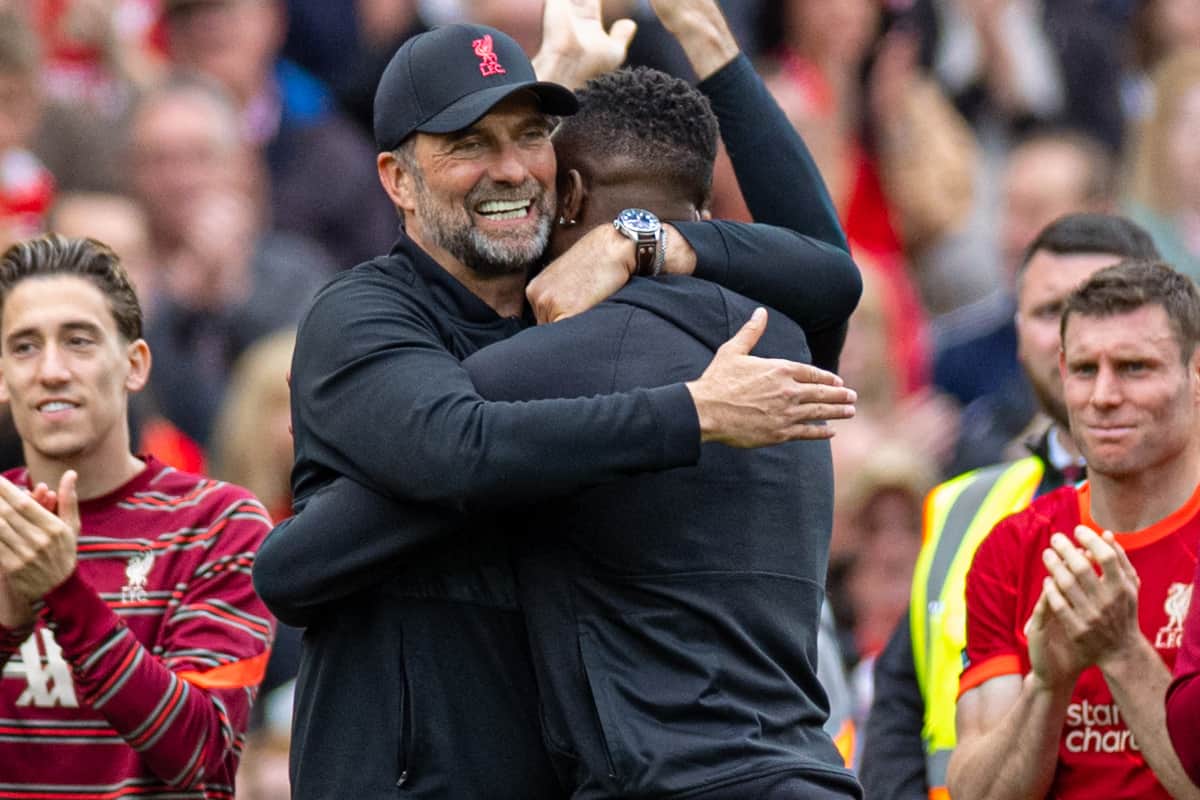 For those watching at home and at Anfield, the experience over two hours on Sunday evening was a rollercoaster.

At one stage, the Reds were on course for the title – but City’s three points at the Etihad made that impossible, and the manner in which they did so made it all the more frustrating.

But as ever, Klopp was on hand to lift spirits after the game, with a brilliant speech during his post-match interview with Sky Sports.

“If you want to win big, you have to be ready to lose big. That’s what we did today,” the Liverpool manager said.

“You have to be ready for tight decisions and they go – sometimes, more often than not – against you.

“You cannot do more than give your absolute best and that’s what the boys did again.

“I could not be more proud of this group, it’s absolutely exceptional.

“With the amount of games we had to play, we chased probably the best team in the world, really to the wire, it’s absolutely special.

“But it’s all about reacting. And of course, we cannot now react in the league tomorrow, but next year we can and will.”

The season is not yet over for Liverpool, of course, with a Champions League final to contest with Real Madrid on Saturday evening.

Hopefully, the Reds will bring back a seventh European Cup to the organised victory parade in the city the following day, to go with the FA Cup and League Cup.

Regardless of their success in Paris, Klopp is convinced there was already “enough reason” to celebrate the past few years of silverware with the fans in the right way.

“For me, it’s incredibly important,” he said.

“The people deserve it. Not only have they had a pandemic in between and all these things that made life really difficult.

“We didn’t celebrate the championship [in 2019/20], so that’s already – and celebrating life, after all the rubbish we went through in the pandemic – enough reason for me.

“If people out there don’t understand it, I think I enjoy it even a little bit more, to be honest.

“Because it’s just for us.

“If people outside don’t understand how special this club is, I can’t help them.

“If you want to have a club with real passion, where you can be really involved from the heart as well and not only from other things, then you have to be part of Liverpool.”