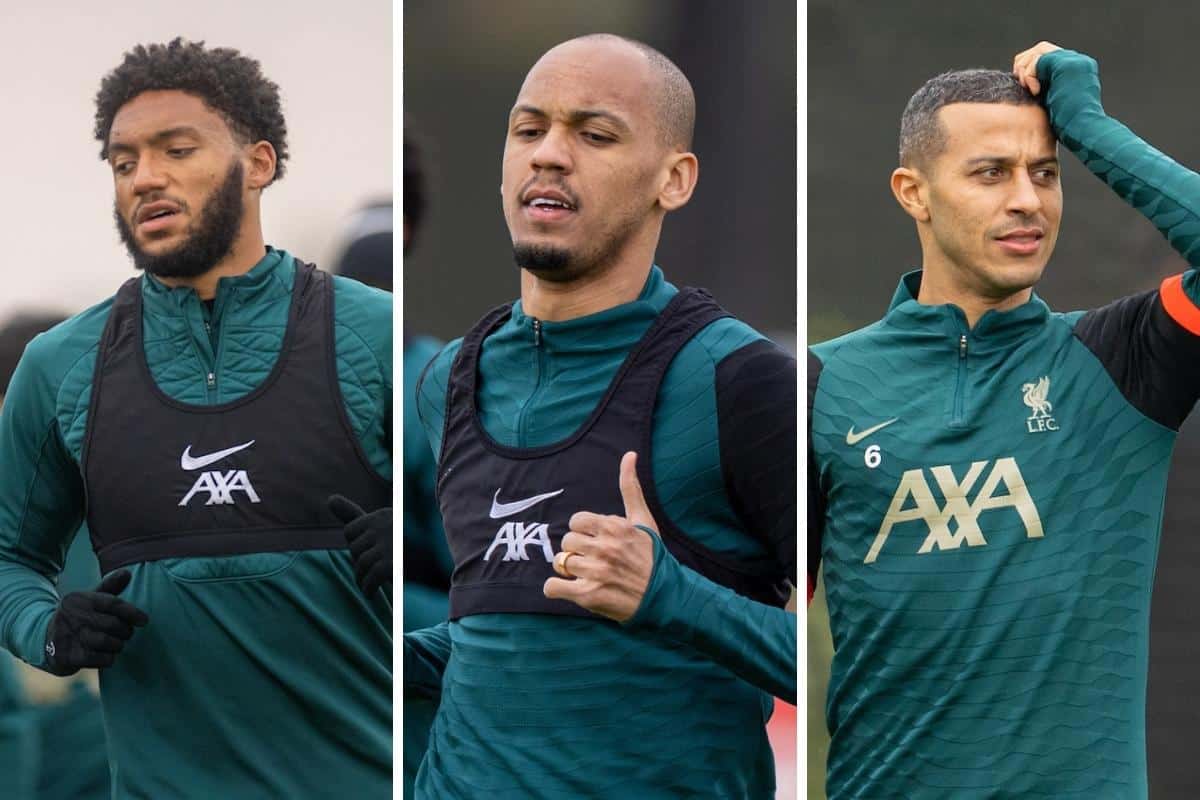 With the Champions League final just three days away, there are plenty of eyes on Fabinho and Thiago‘s road to recovery and on Wednesday, only the former was part of Wednesday’s training.

The sight of Fabinho being forced from the field earlier in the month was enough to cause concern, but Thiago amplified that feeling with an Achilles injury on Sunday.

But there was plenty of confidence where the Brazilian was concerned over his chances of making a return in Paris with more than two weeks to recover from his hamstring injury.

And on Wednesday, as part of the club’s Champions League final media day, the No. 3 took part in the session with his Liverpool teammates in a huge boost for the Reds. 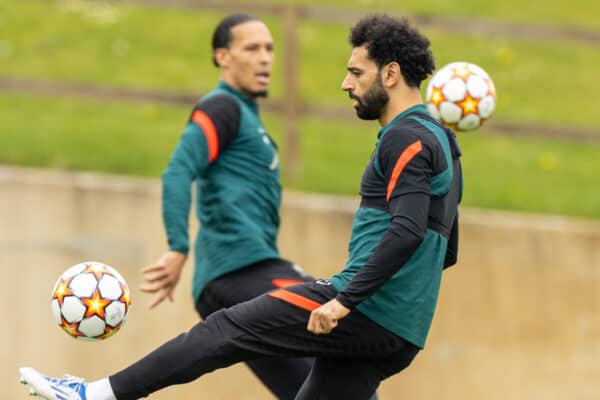 There can be no understating the significance of his presence just days out from Paris, with the more training days in the bank the better after 15 days out of action.

Thiago, meanwhile, who avoided a serious Achilles issue against Wolves, was not present on the outside pitches at Kirkby as the race against the clock continues for his involvement at the Stade de France.

His injury was described as “not serious” but whether time is on his side remains to be seen, with Jurgen Klopp expected to offer an update in his press conference on Wednesday afternoon.

Thiago‘s absence was coupled with Divock Origi‘s, due to a minor muscle injury, saw Klopp watch over a 27-man group at Kirkby as preparations for the final continued in earnest.

That group did include Joe Gomez, who had question marks surrounding his fitness after an ankle injury at Southampton, but his presence, thankfully, negates those concerns. 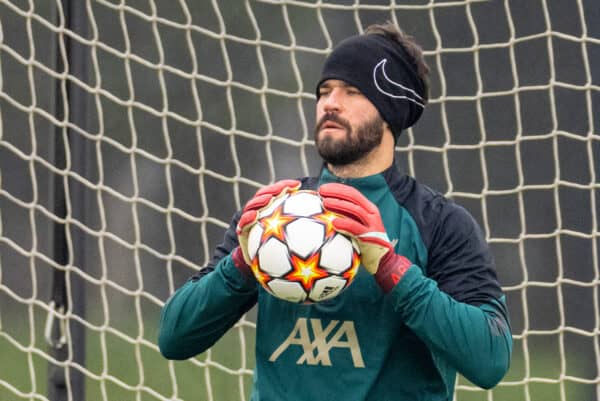