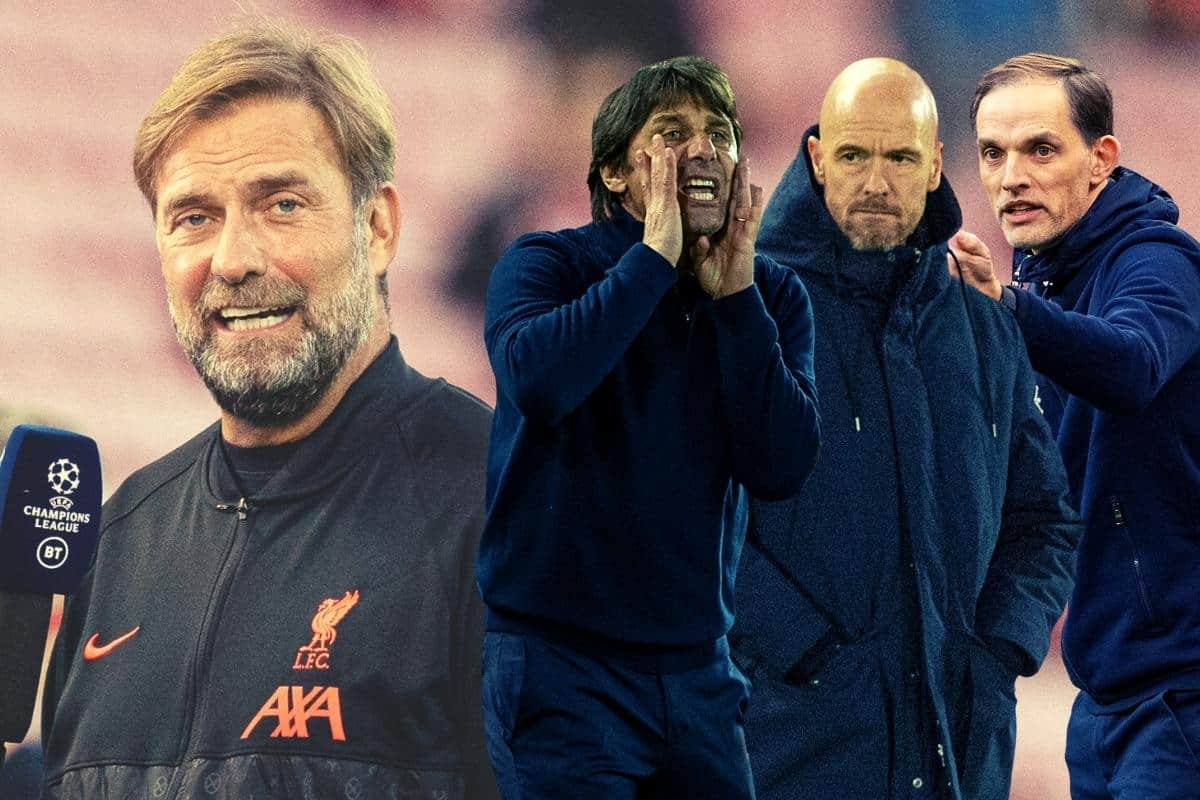 Jurgen Klopp has rejected any claim the gap at the top of the Premier League is too big to close, with Man United, Tottenham and Chelsea to “go big” this summer.

Liverpool head into the final day of this domestic season with a point separating them and title rivals Man City, but with 18 between them and third-placed Chelsea.

Tottenham are 21 points behind the Reds, with Arsenal even further off with a 23-point gap and sixth-placed Man United experiencing a gulf of 31 points between them and their historic rivals.

It speaks to the remarkable quality and consistency of both Liverpool and Man City, but also the failure of those in the chasing pack, who have all struggled at various times not only this season, but for years now.

But asked in his pre-Wolves press conference whether he could see any other side challenging next season, Klopp said he expects the gap to close.

“We play Chelsea and I see that,” he explained. “The [FA Cup] final, where was the advantage?

“I was over the moon about our first half-hour against Chelsea. It was the best half-hour we played against them because they’re so incredibly difficult.

“So we all learn and we will see how the squads will look next year and all these kind of things. 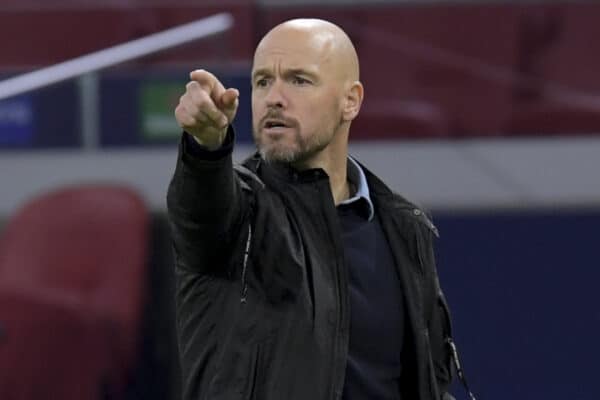 “But you do know Erik ten Hag is arriving at United, and they don’t wait now five years or whatever. They will go big.

“You have Tottenham. Obviously, Antonio Conte is very, very ambitious.

“They already have a good team. To play two competitions they maybe need a few more players – they will bring them in then that’s it.

“It’s not about that. Nobody has to worry that the gap will stay forever.

“It was the hardest work to get here, so if we put the foot a little bit off the gas the 16 points it is at the moment is immediately three points, and three points are nothing.

“It’s all about us, to make sure that we can be as good as possible, and about the rest, we don’t have a real influence on that.

“We have to make a proper machine of it again. Then we go and then we will see.” 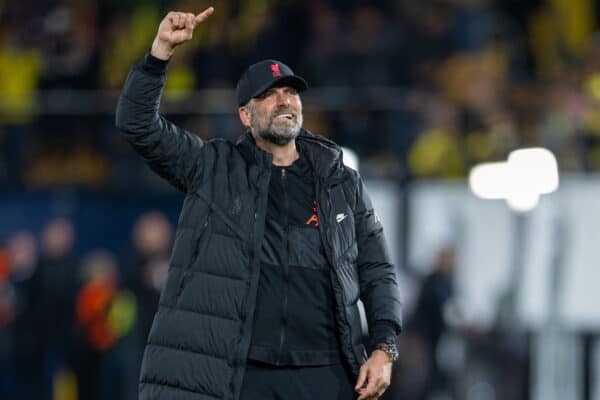 Liverpool are set for their 38th game of the Premier League campaign – and their 62nd in all competitions – and they must beat Wolves to stand any chance of lifting the title.

They will then still need Man City to slip up at home to Aston Villa, which makes for another dramatic final day for Klopp’s side and the supporters.

That has often been the case throughout Klopp’s career, but he believes this is “the most exciting time” he has ever experienced as Liverpool chase two more trophies in the next seven days.

“I was lucky enough to have a few exciting times,” he said.

“If you ask my missus, she will say ‘why are you always [in it] until the last matchday?’, because that happens incredibly often!

“But yes, it’s the most exciting, definitely. 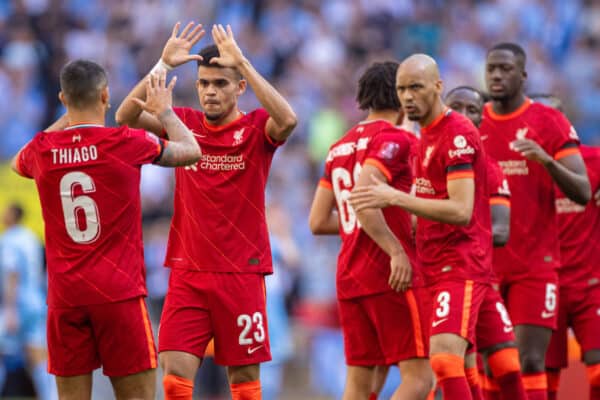 “Because being where we are and seeing how good the boys are and seeing the steps we make, and then two games to go – it’s only one now [in the league], I know – it’s unbelievable.

“It feels like five minutes ago it was seven games. That’s how it is, just like this and bam, now two finals. Really, two finals.

“And yes, it is the most exciting time of my career.”