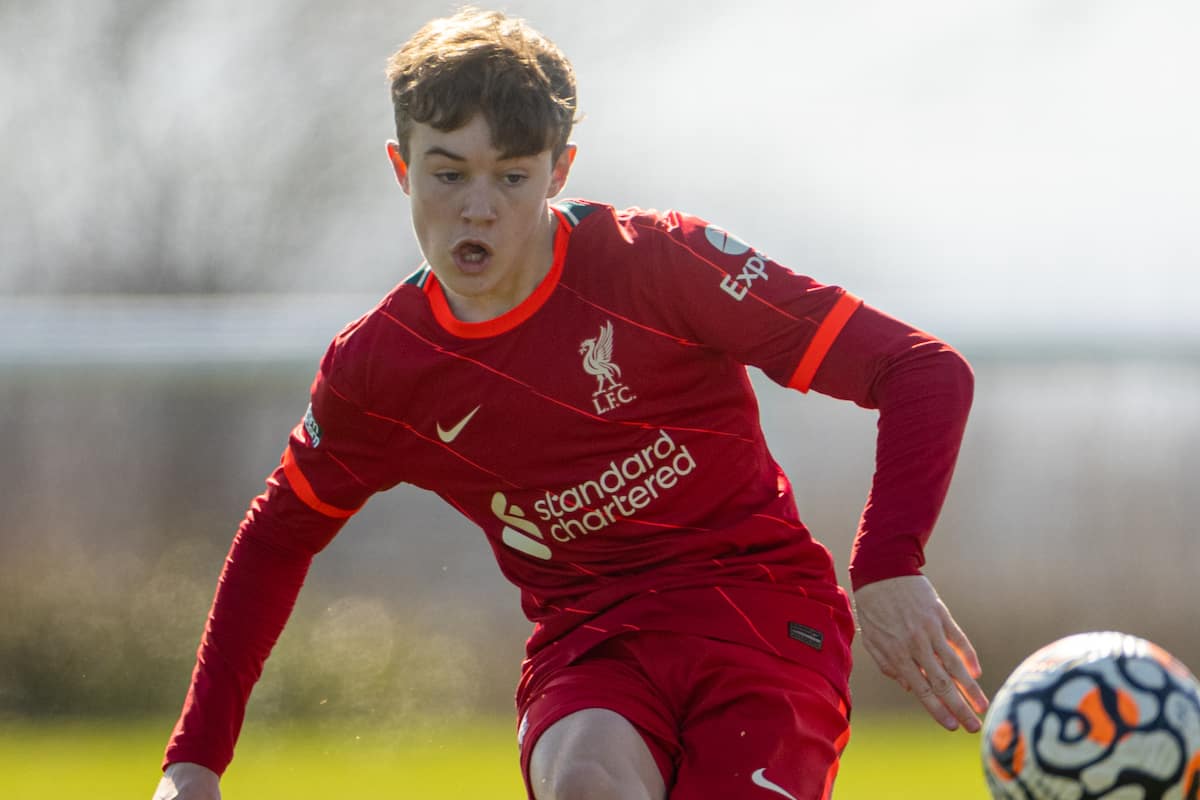 Exciting midfielder Tommy Pilling scored his first goal for the Liverpool under-18s as they beat Blackburn 3-1, clinching a second-placed finish in the league.

After seeing their title hopes officially end the previous weekend, the young Reds were back at Kirkby for their penultimate game of the season against third-placed Blackburn.

Victory would be enough to seal second in the U18 Premier League, and Marc Bridge-Wilkinson’s teenagers surged to a two-goal lead within the first eight minutes.

Liverpool’s opener came via trusted spot-kick taker Luke Chambers, who stepped up to convert his fourth penalty in his last six games after centre-back partner Terence Miles was fouled.

Harvey Blair, who had already missed a huge chance early on, then made it 2-0 as he tucked home Oakley Cannonier’s great pass across the face of goal.

Cannonier later saw an effort of his own flagged for offside, but Pilling capped a perfect first half with his maiden U18s goal, driving in from outside the box.

Both Cannonier and Blair had further efforts to increase the lead before the break but failed to capitalise, and Blackburn’s Dominik Biniek reduced the deficit from the spot early into the second half after Isaac Mabaya was penalised. 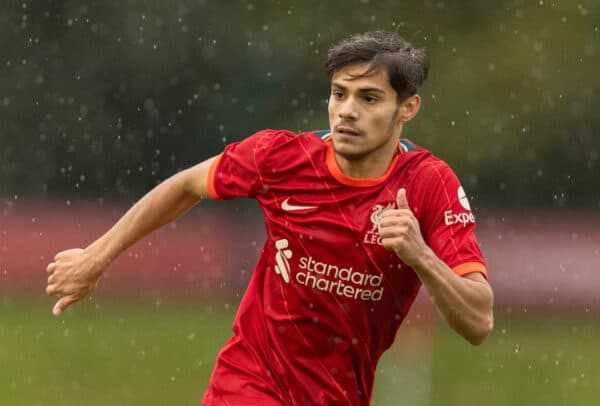 Liverpool kept their fluency, but were unable to add another more goals, with a 3-1 victory enough to wedge distance between themselves and Blackburn and finish second.