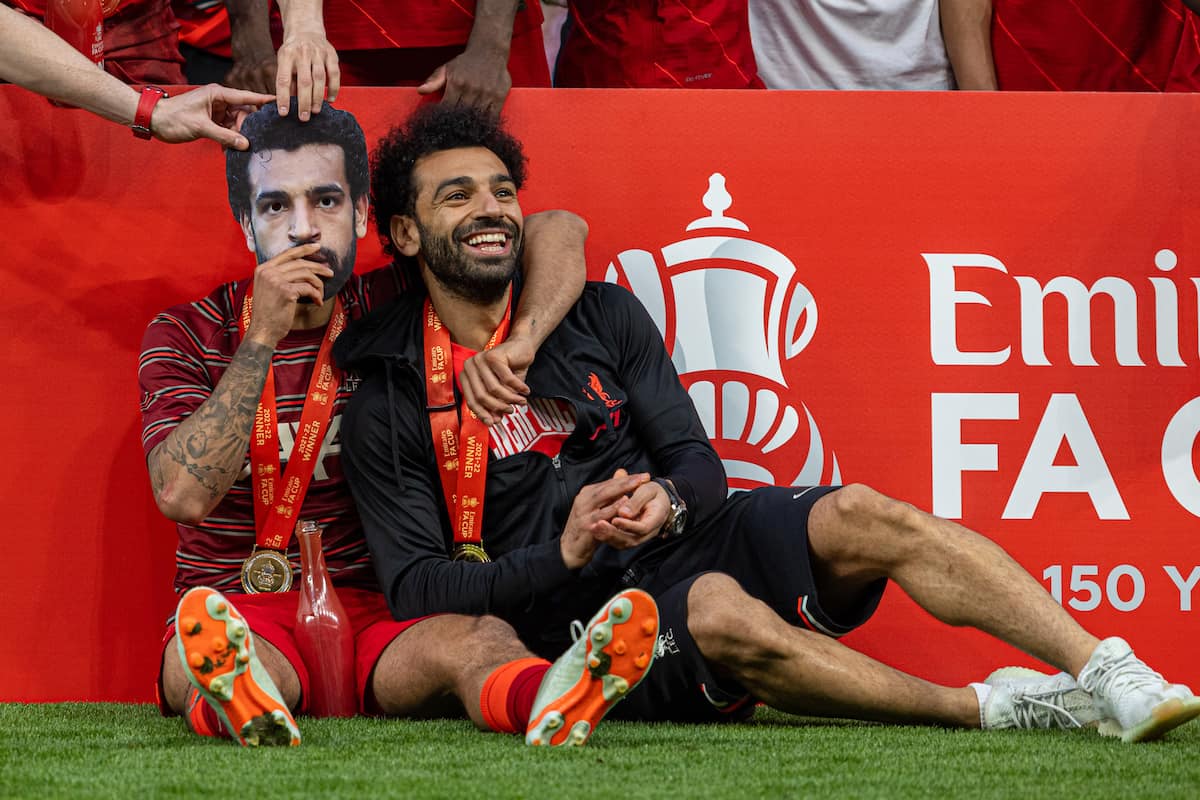 Mohamed Salah was forced off through injury early on in Liverpool’s FA Cup triumph over Chelsea, but he insists he will be fit for the Champions League final.

Stomachs dropped around Wembley and up to Merseyside when Salah sunk to the turf midway through the first half on Saturday.

A fortnight before the Champions League final, the Egyptian pulled up with what appeared to be a groin issue, and though he pushed to stay on the pitch, Liverpool physios called for a substitution.

Diogo Jota took Salah’s place and went on to score in the 6-5 shootout win, but amid the celebrations, there remained concern over the No. 11.

However, broadcaster Carrie Brown, working for beIN SPORTS, has revealed that the 29-year-old told her he was fine and would be available for the clash with Real Madrid on May 28.

Salah joined the rest of the Liverpool squad for the trophy lift and celebrations on the pitch, with no signs of pain for the record-breaking forward.

It was encouraging that Salah was able to walk off the pitch unaided when he was substituted, though medical staff will no doubt remain cautious over his fitness.

There is a strong chance he will be left out of the starting lineup for the trip to Southampton on Tuesday night, for example, with Roberto Firmino and even Divock Origi options to come in.

But Salah’s determination, particularly after injury in the 2018 Champions League final defeat to Real, will almost certainly see him start in Paris.