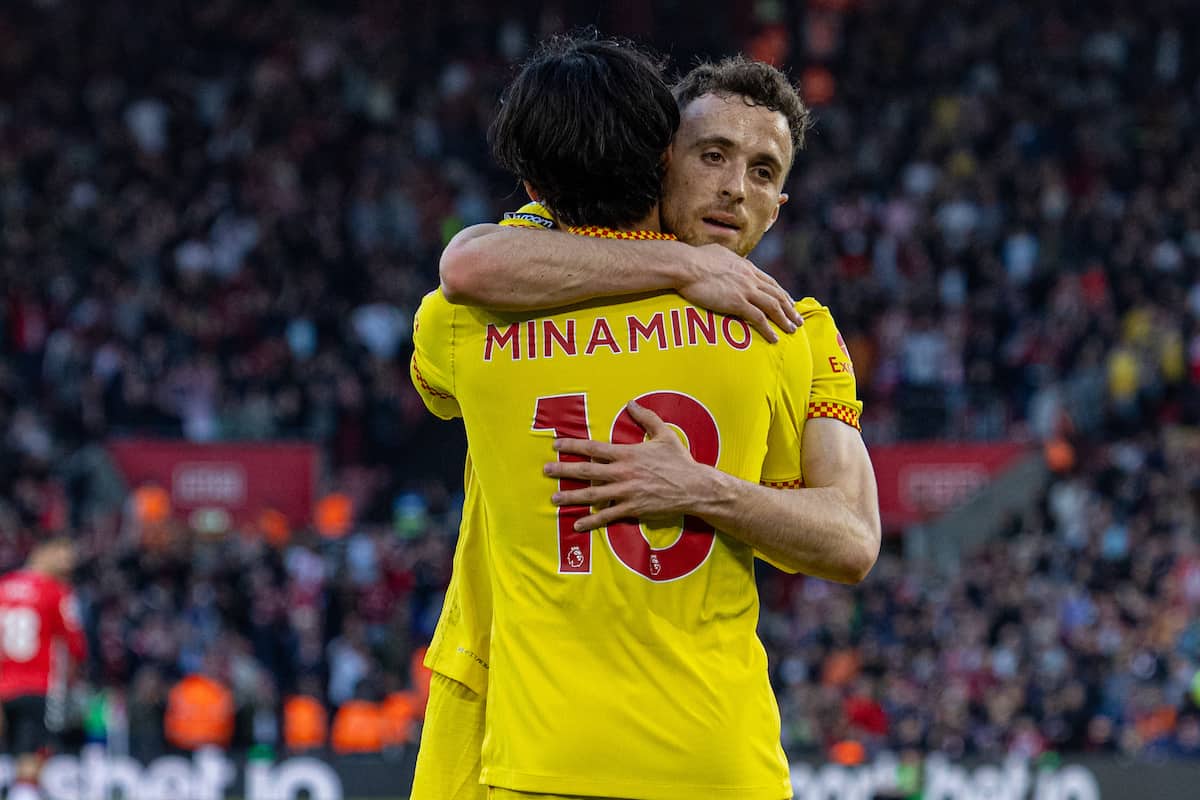 Ibrahima Konate was the standout as a much-changed Liverpool side won 2-1 at Southampton, with the squad ranks shining on a pivotal night in the title race.

The Reds battled their way to a priceless three points at St Mary’s, with Takumi Minamino and Joel Matip scoring the goals.

Liverpool’s win means they go one point behind Man City with one game to go in the Premier League, with the final-day action unfolding on Sunday. 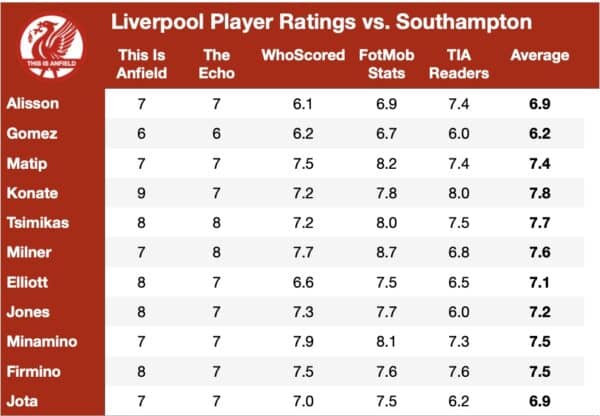 It was Konate (7.8) who got the highest average rating, following an outstanding performance at the back.

The Frenchman has enjoyed an immaculate first season at Liverpool and is now battling Joel Matip for a starting berth in the Champions League final.

TIA’s Mark Delgado couldn’t give Konate enough praise, saying he “motored his way through a few challenges” in an “exemplary showing.”

Theo Squires of the Echo felt the 22-year-old “covered well for Matip on a couple of occasions,” as he produced a Virgil van Dijk-esque display.

Next in the reckoning was FA Cup final hero Kostas Tsimikas (7.7), who filled in admirably for Andy Robertson.

The Greek produced a 92 percent pass completion rate, according to FotMob, as well as winning all three of his ground duels.

James Milner (7.6) came third in the ratings, after a typically mature showing.

Delgado hailed the veteran’s “good crosses and high positions” from right-back, while Squires said he “led by example as the holding midfielder.”

The lowest average of the night went to Joe Gomez (6.2), but that is skewed because he only lasted 45 minutes after getting injured.