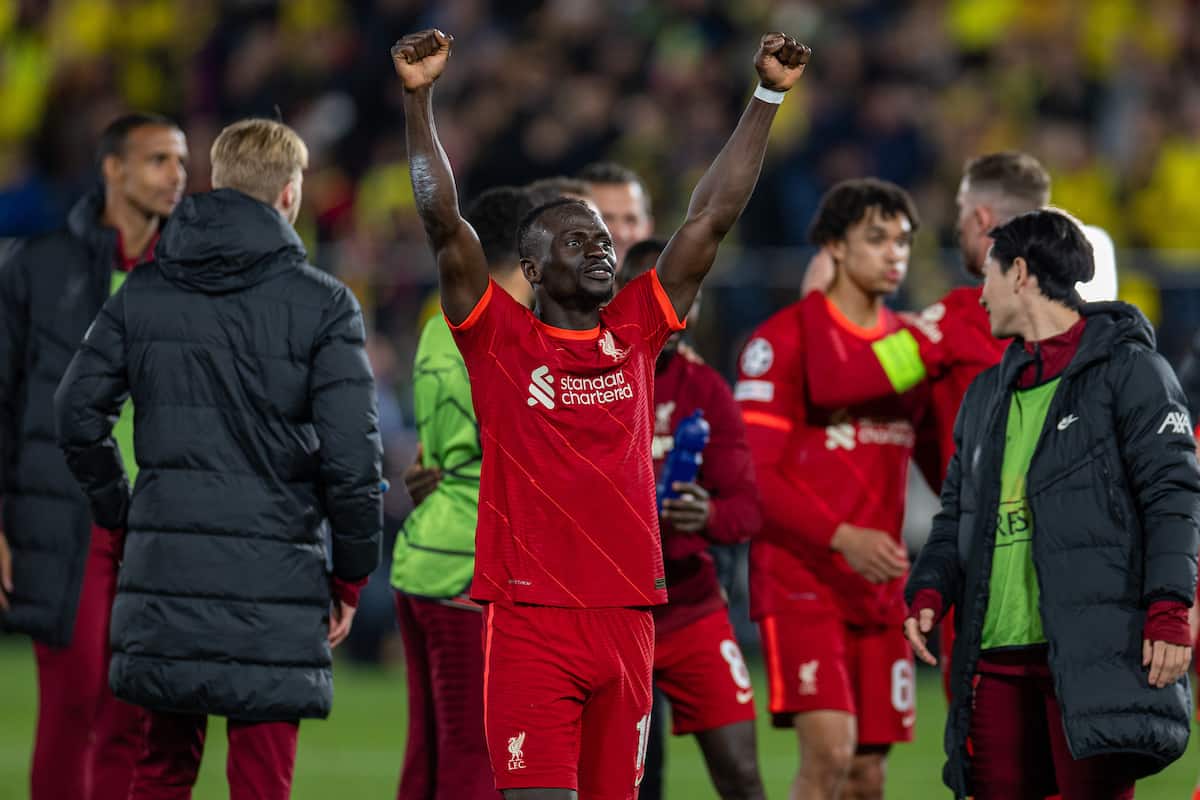 Liverpool’s players produced a Jekyll and Hyde performance in their 3-2 win away to Villarreal, fighting back to reach another Champions League final.

The Reds took a 2-0 lead with them to El Madrigal, but a shocking opening 45 minutes saw Villarreal lead by the same scoreline on the night.

Thankfully, Jurgen Klopp‘s men turned the tie on its head after the break, with Fabinho, Luis Diaz and Sadio Mane all finding the net.

It means Liverpool will face either Man City or Real Madrid in next month’s final in Paris – we can sit back and enjoy the other semi-final now! 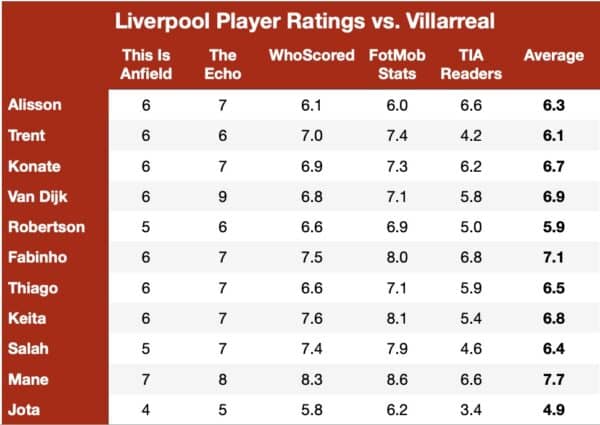 It is worth stressing that the game-changing Diaz was handed both TIA’s Man of the Match and got the highest rating with our readers, but he didn’t start so isn’t included here.

It was Mane (7.7) who got the highest average rating out of those who started, as he played his part in an amazing turnaround at El Madrigal.

The Senegalese improved greatly after being moved into a central role in the second half, taking his goal with typical aplomb.

The Echo‘s Ian Doyle thought Mane finished “superbly,” not to mention that his “physicality was needed” against tough opponents.

In second place was Fabinho (7.1), who surely scored his most significant goal in a Liverpool shirt. 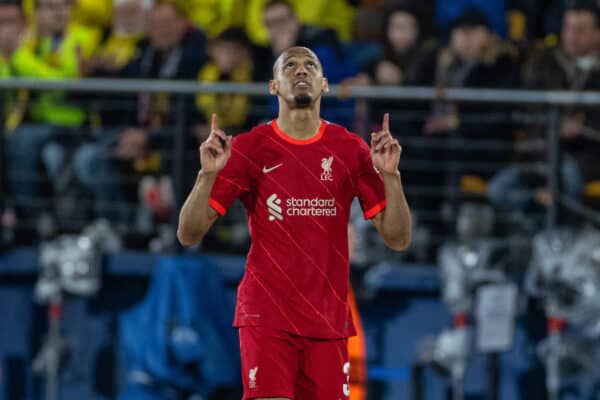 Like so many, the Brazilian was much better after the interval, but TIA’s Henry Jackson also said that he was the “least culpable of Liverpool’s midfield” in the first half.

Completing the top three was Virgil van Dijk (6.9), who may not have been at his monstrous best but still did well overall.

The 30-year-old made five clearances and eight recoveries, according to FotMob, as well as winning six out of eight aerial duels.