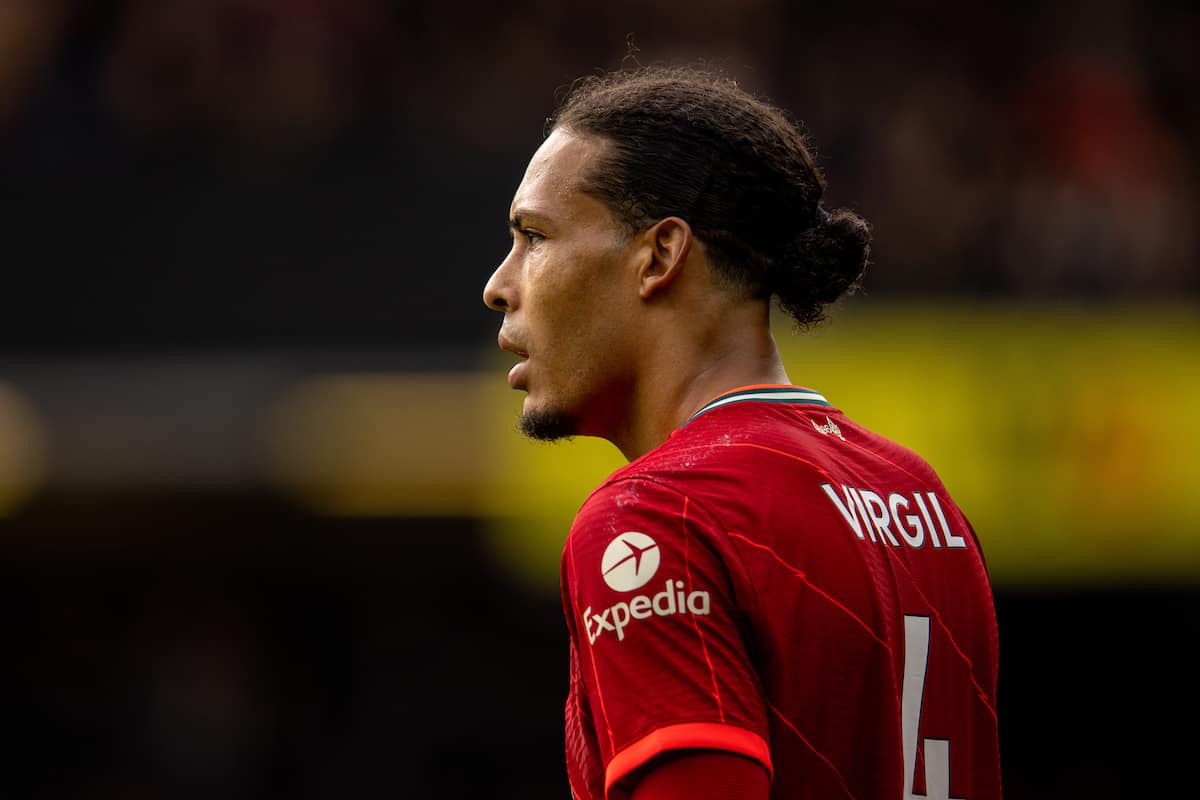 Virgil van Dijk is the best centre-back in the world and has been key once more for Liverpool in his comeback season, but who does he consider to be the best five centre-backs in Premier League history?

After being forced to watch the majority of last season on the sidelines, the Dutchman has returned to his commanding best in 2021/22 to play a part in Liverpool’s remarkable season.

Of the Reds’ 62 games this season, Van Dijk has featured in 50 of them and has hardly put a foot wrong on his return from a serious knee injury.

But as for his place in the wider picture of the English top-flight, where does he rank in modern history?

In an interesting conversation with Rio Ferdinand as part of BT Sport’s Between The Lines, the duo are tasked with naming their top five Premier League centre-backs.

Using a combination of “best in ability” and “greatest in trophies” as the criteria, Van Dijk’s top five were: Ferdinand, Kompany, Stam, Terry and Hyypia.

There was no place for himself on that list, but one was reserved for ex-Red Hyypia, “because you know why? He’s a Liverpool legend.”

“He was underrated, in my opinion. A very good player, good on the ball and important for the club.”

You won’t find many Reds who disagree, Virgil.

As for his top pick, Van Dijk said, “I think you [Rio] could play in the modern-day era, back in the day you were so important for the United team. All the English centre-backs, in general, looked up to you.”

“Fantastic captain, good on the ball, good without the ball, scored important goals – very important one against Leicester when we almost won the league,” he then said of second-choice Kompany.

Van Dijk did not feel it was quite the time to put himself in his own top five, but as for Ferdinand, the ex-Man United defender named his top five as: Ferdinand, Vidic, Van Dijk, Stam and Terry.

Van Dijk’s place in his list came thanks to “the impact you have on the team, and your attributes would put you right in the top tier.”

Agree with either top five?