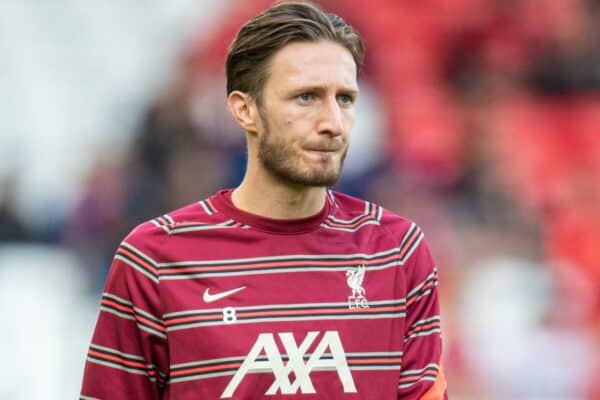 Liverpool are expected to part ways with Ben Davies after a year-and-a-half this summer, with the 26-year-old not considered a viable first-team option at Anfield.

An emergency signing at the end of the winter transfer window in 2021, Davies was never in line for a long-term role under Jurgen Klopp.

But with loanee Ozan Kabak and academy players Nat Phillips and Rhys Williams preferred in the final months of an injury-hit campaign, the situation was laid clear for the £500,000 signing from Preston.

Davies made a sole appearance for Liverpool during pre-season last summer, having spent time away due to personal reasons, before joining Sheffield United on loan.

It came after interest from the Blades prior to his switch to Anfield, but with a new manager in the dugout it was a different landscape for the defender at Bramall Lane, making only 22 appearances this season.

Unable to cement himself as a first-choice starter with the Championship club, Davies is never likely to break into a group including Virgil van Dijk, Joel Matip, Ibrahima Konate and Joe Gomez.

Instead, according to the Liverpool Echo, Davies will be “available for transfer” this summer, with an exit seemingly on the cards.

Whether Liverpool will be able to drum up interest in a permanent deal, however, remains to be seen, with the player having struggled for consistency while at Sheffield United.

Celtic had hoped to land Davies before he left Preston, as had Bournemouth, but neither are expected to be in the running this time around.

Bournemouth could, in fact, negotiate a permanent deal for Phillips instead, with the 25-year-old having played a key role in their promotion to the Premier League during his loan spell in the second half of the season.

Furthermore, there has been a change of tack at Celtic following the appointment of Ange Postecoglou as manager last summer, with the Australian forming a new first-choice centre-back pairing of Carl Starfelt and Cameron Carter-Vickers.

Starfelt is already tied down to a long-term contract having joined a month-and-a-half after Postecoglou, while a permanent deal is now being sought for Tottenham loanee Carter-Vickers.

It may seem fanciful, but Davies could possibly emerge as a target for former club Preston, with Liverpool’s Sepp van den Berg not due to stay at North End upon the end of his second loan spell.