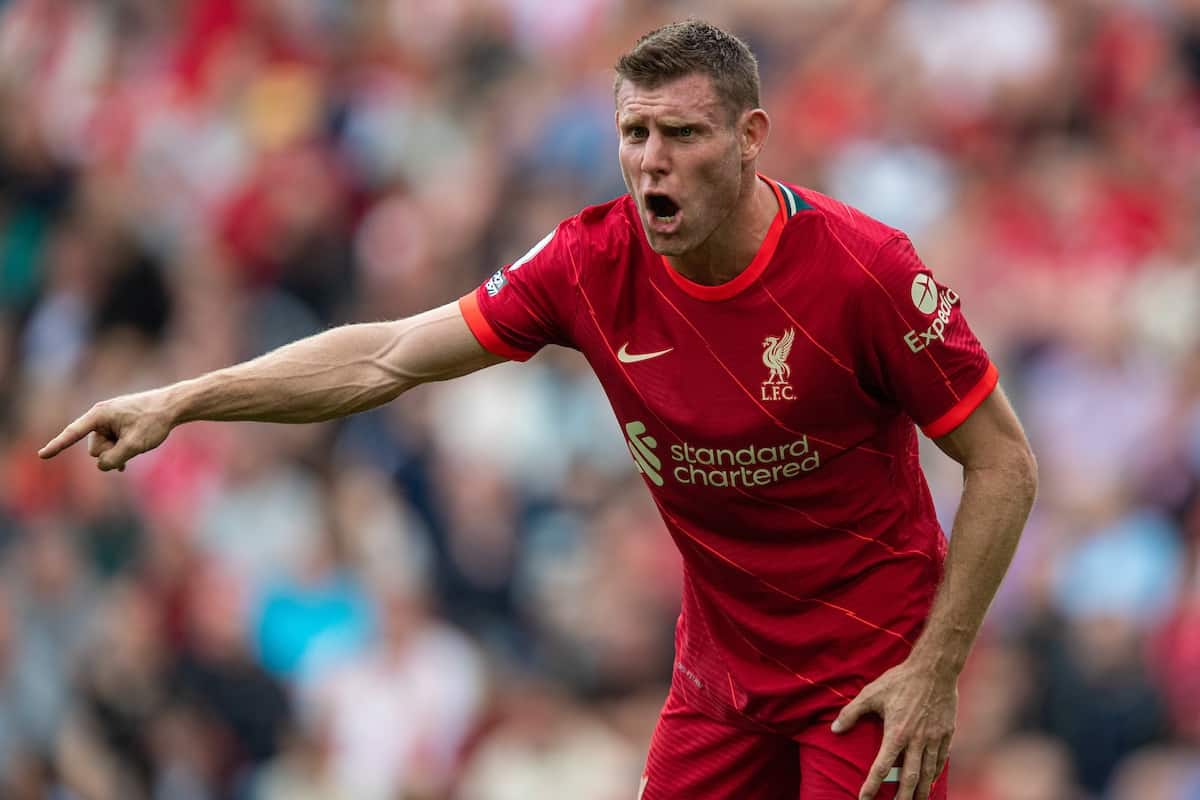 The news of James Milner‘s new one-year contract may not be the blockbuster update many fans are hoping for, but it has been heralded as great business.

With his previous contract due to expire on July 1, Milner has agreed a one-year extension that sees his wages reduced significantly.

The deal will take him beyond his 37rd birthday and into his 21st season in the Premier League, prolonging his stay at the club where he has spent more time than any other in his senior career.

While Sadio Mane pushes for the exit and tricky negotiations continue with Mohamed Salah, the news of Milner extending his stay will not be as well-received by certain supporters.

But as many took to social media to reflect on a new contract for the No. 7, there were plenty of positives to focus on.

Best free transfer in Liverpool’s history. And undeniably a top fella. If nothing else, he will be a motivating and uplifting presence in the dressing room, soft factors that are impossible to measure but clearly count for something. So yeah, chuffed with this news. https://t.co/Uwh4J68vQY

Delighted for Milner. A model professional, and some top class performances in the run in. What a man.

Great news re Milner and a new contract. Limited minutes but remains a vital member in terms of experience & leadership. Key to Klopp’s culture of excellence and youngsters have said how influential his guidance has been. Hopefully a coaching role follows.

It’s easy to take the Milner news for granted, but it’s more shrewd business from #LFC. Even at 36, with his minutes dwindling in recent seasons, the experience, culture and attitude he adds and upholds behind the scenes is vital, especially with the recent injection of youth.

Can't see any scenario where Milner staying on reduced money is bad. With five subs in the league next season, he's not stymieing Jones or Elliott's growth

Milner staying one more season will good for younger players like Carvalho & our new incomings. You can never have too many leaders. Lack of leadership gets you Man United.

James Milner has turned down longer better paid contracts, taken a significant wage cut knowing he won’t play as many minutes as he would elsewhere, to stay another year. Every dressing room needs someone like him and he never lets us down on the park either. Made up he stays ??

I know he is not popular amongst the hipsters, but James Milner has played well at almost every opportunity given to him last season. We need characters like him in the dressing room, exemplification of the term “team man”. Delighted with his extension. ?

Respect that from James Milner, no fuss, turns down bigger deals, takes reduced terms, loves and respects the club.

Happy with Milner staying, his play time was limited last season and when he did play he did well, also offers a lot to the dressing room and I think that’s why Klopp wanted to keep him

Proper weirdo if you're not happy about Milner extending his contract. He is such an important part of the dressing room. It's great news.

Imagine having an issue with Milner signing a new one-year deal. Massively reduced terms, hugely versatile to slot in to the occasional game in midfield or full back when required and clearly huge around the dressing room. Hard to see a downside with it.

Milner taking a pay cut and extending a year. Dont build them like him anymore mate… class.#LFC

While Liverpool’s recruitment strategy is aimed at bringing the average age of Jurgen Klopp‘s squad down, with the likes of Luis Diaz, Diogo Jota and Ibrahima Konate brought in, it is also vital to retain a core of experience.

There are none more experienced than Milner, whose new contract is likely to see him leapfrog Frank Lampard into third in the Premier League‘s all-time appearances list.

And with the introduction of the five sub rule in the Premier League, there can be no concerns over the veteran taking minutes from youngsters within the squad.

Instead, Liverpool have extended the stay of a player who is crucial both on and off the pitch – and doing so while agreeing to a big decrease in his salary.