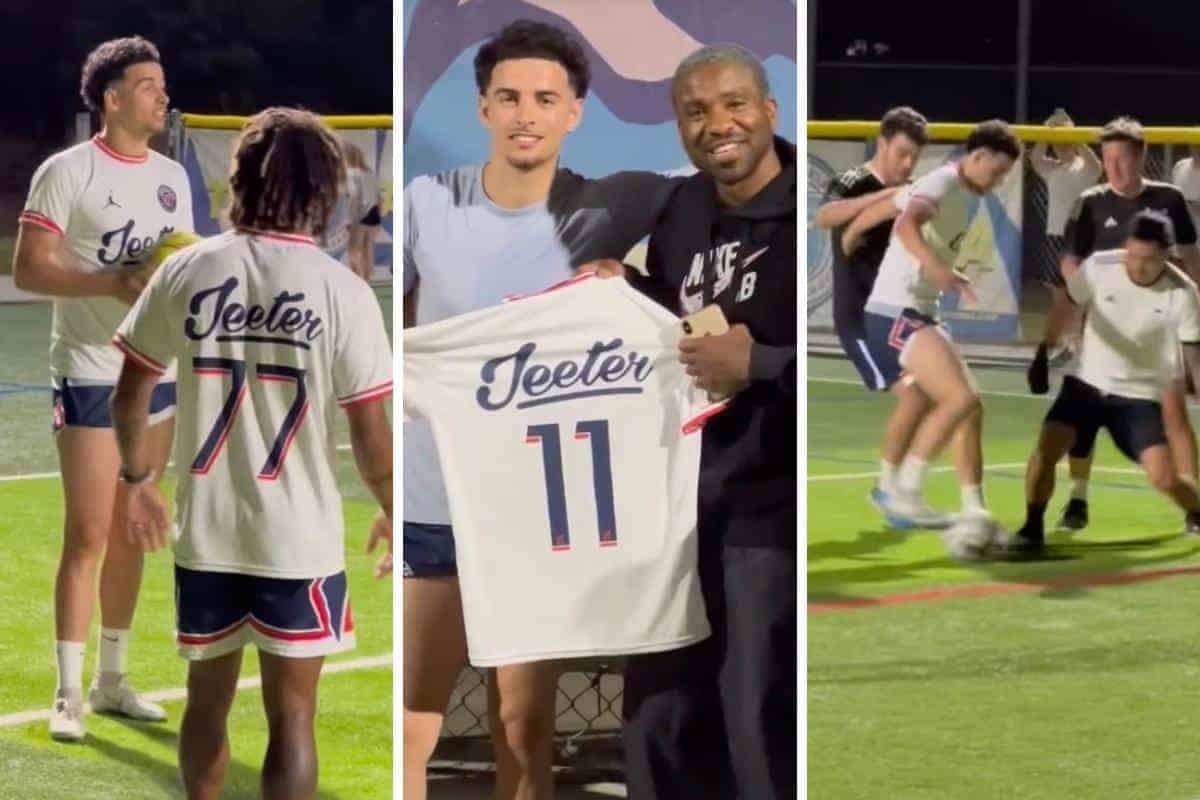 Liverpool midfielder Curtis Jones has been enjoying his time off in Los Angeles – and couldn’t resist a game of six-a-side on Tuesday.

Pre-season is yet to get underway, but Liverpool’s No. 17 is ensuring he’ll be fresh when he and his team-mates begin their preparations for 2022/23 next month.

Jones enjoyed a kickabout with those in the Tiki Taka Soccer League, representing a team named Jeeter FC.

The Liverpool youngster was filmed scoring some impressive goals and could be heard giving advice to his team-mates.

One of Jones’ goals came from him cutting in from the left-hand side and slotting the ball into the corner of the net, something we became accustomed to seeing from him at youth level.

Another came from a clever dummy and drop of the shoulder as he rounded the goalkeeper and slotted home from a tight angle.

At one stage, Jones appeared to tell his team-mates that he would step aside to allow others to play, but was told in no uncertain terms to carry on. He won’t have minded that!

A lot of the match was captured on Tiki Taka Soccer League’s official Instagram page, with Jones’ team beaten 7-6 after a winner in the very last seconds.

Following the match, the 21-year-old posed for photos with the rest of the team and the Jeeter coach.

While Jurgen Klopp will want all of his players to spend this time relaxing and recovering from a gruelling season, Jones and his team-mates will have been sent training regimes to follow during their break.

It’s likely that Jones saw this as a fun opportunity to work on his fitness, with less than two weeks until the squad begin to reconvene at the AXA Training Centre on July 4.

Jones may not return quite so soon, having featured for England Under-21s in their Euro 2023 qualifiers earlier this month.