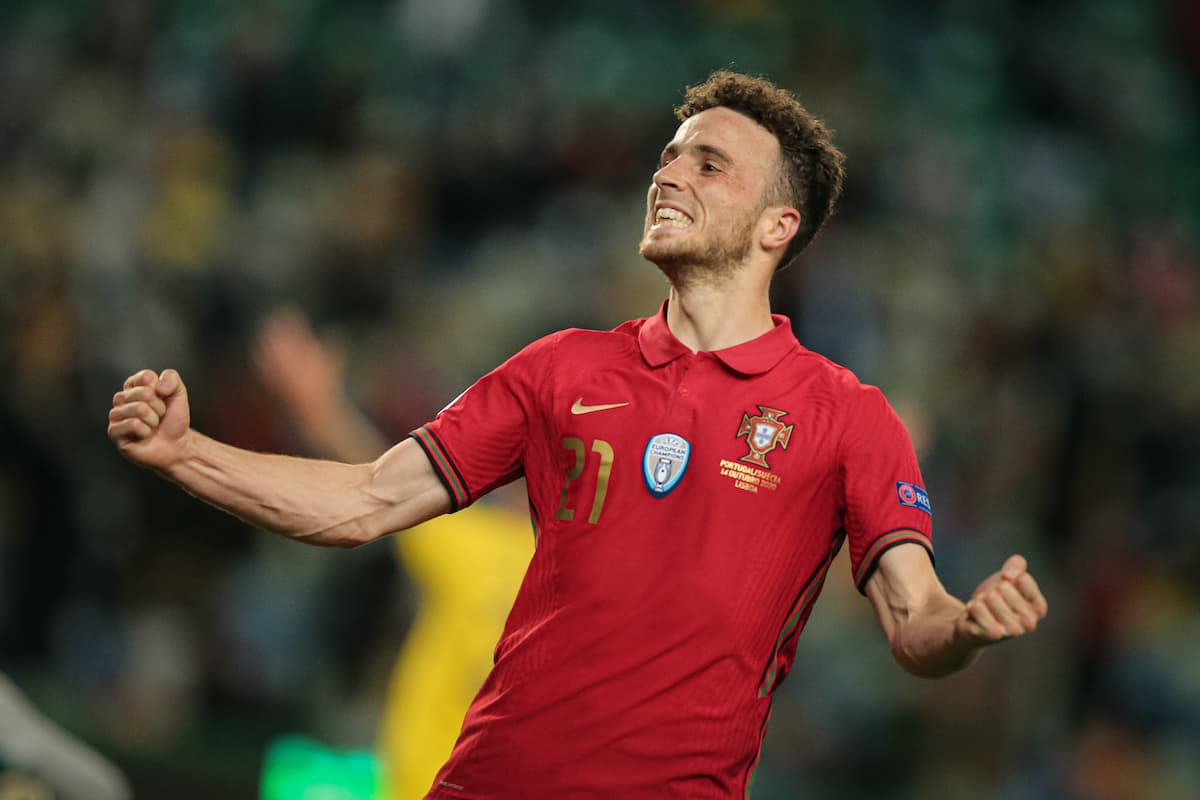 Diogo Jota kept up a blistering run for Portugal as he assisted twice in a 4-0 thrashing of Switzerland, with two goals and five assists in his last six games.

Though far from the most polished of elite footballers, Jota is certainly one of the most wildly productive for both club and country.

After his best-ever goal tally for a season with 21 in 55 games for Liverpool, along with eight assists, the 25-year-old joined up with the Portugal national team for their post-season UEFA Nations League games.

He started on the left of a three-man attack as Portugal hosted Switzerland in Lisbon, playing 67 minutes in a comfortable 4-0 victory.

Jota was involved from the off, but it was the visitors who had the ball in the back of the net first – though Haris Seferovic saw his effort ruled out following a VAR review.

William Carvalho then put Portugal 1-0 up as he followed in Cristiano Ronaldo’s low free-kick, converting well after it was palmed out by Gregor Kobel.

Ronaldo scored twice in the space of five minutes as half-time loomed, and Jota was twice provider – first cutting back for the Man United striker to score, before his close-range shot bounced back into Ronaldo’s path to make it 3-0.

Joao Cancelo sealed the win at 4-0 as he combined with Bernardo Silva after the break, a minute after Jota was brought off for Ricardo Horta.

In a run stretching back to September, Jota has now scored two and assisted five in his last six appearances for Portugal, making him a first-choice starter for manager Fernando Santos.

Sunday saw him line up opposite a former team-mate in Xherdan Shaqiri, who endured a rough night on his return to Europe from Chicago, playing 69 minutes and failing to create a chance.