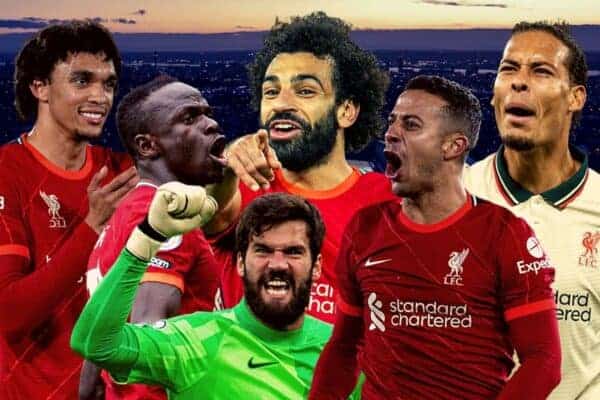 Liverpool dominate PFA Team of the Year – with SIX winners

Liverpool’s relentless season that saw them play in every game possible has led to a dominant representation in the Team of the Year, with six representatives.

Jurgen Klopp‘s side set a new benchmark, for themselves and those around them, having lifted two trophies and taken each competition to its very last day for a total of 63 games.

The Reds had shining lights across the pitch and with the equal-best defence in the Premier League and a club record number of goals scored, they have been rightly recognised for their efforts.

With the votes coming from their fellow professionals, it is one of the most prestigious honours in English football.

The Reds’ total of six players bests their previous record of five representatives from the 2019/20 season, with Klopp’s men having raised their levels once more.

And it is the first time in the Team of the Year for Alisson and Thiago, with the pair proving to be key pillars in the success achieved in 2021/22.

Alexander-Arnold, Van Dijk and Salah have now been named in the XI in three different seasons, while this is the fourth time for Mane.

New signing Fabio Carvalho, meanwhile, was named in the Championship Team of the Year after his standout campaign as Fulham achieved promotion back to the Premier League.