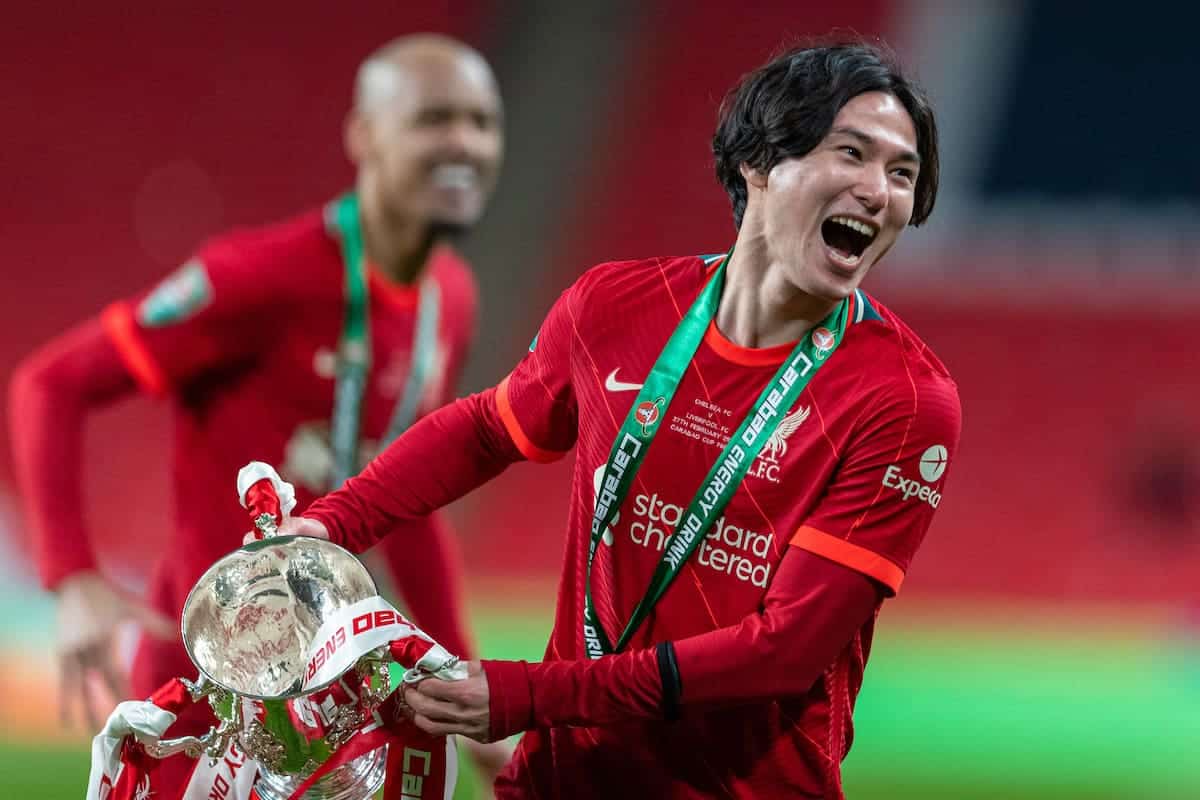 After two-and-a-half years with Liverpool, Takumi Minamino‘s time at Anfield has come to an end with a move to Monaco now confirmed, leaving fans to show appreciation for his contributions.

The Ligue 1 side have secured his signature on a four-year contract in a deal worth £15.4 million, with a new chapter now ahead for the Japan international.

The 27-year-old joined the Reds at the most ideal and simultaneously unfortunate time, with a Premier League title on the cusp of being secured and a pandemic grinding the world to a halt.

It left little time to settle with his new teammates after joining from Salzburg in January 2020, and he never quite broke into Jurgen Klopp‘s first team.

But that does not mean he was without vital contributions, his efforts in the League Cup and FA Cup last season were key to Jordan Henderson giving us a trophy shuffle in each.

And fans were quick to show their appreciation to Minamino after his move was confirmed on Tuesday.

??? #LFC have confirmed the departure of Takumi Minamino to AS Monaco. Feels like a good move for a player who deserves regular football, but his 10 goals last season will be missed. pic.twitter.com/HM0FeX0Dke

?? Never likely to unseat any of the more established forward options, but Taki Minamino still played a vital role over two-and-a-half years with #LFC.

Could see his presence grow after a tough start, especially post-Southampton loan.

Shame he's not opted to stay in the PL. pic.twitter.com/OHcYcfhdxP

Loved this lad. Don't even know why, just desperately wanted him to do well. And you know what, he did do well. Top scorer in the two competitions we won last season. And let's be honest, was never given enough minutes in the PL or CL. Good luck, Taki! https://t.co/wCyFvTkUwT

Didn't get much time on the pitch but played a major part in the team winning both the FA and League Cups last season. Good luck Taki ? https://t.co/4lCQyKfLFx

You’re getting some player, @AS_Monaco_EN

Type of player you’d love to keep in the squad but can understand he wants to play.

That equaliser in the League Cup against Leicester saw limbs everywhere.

Thank you for your services Minamino-san! It sad to see you go but deserves to play weekly. All the best at Ligue 1. #YNWA https://t.co/cU7fXVWYva

All the best Minamino. Boss player on his day. https://t.co/NMdomxOhZ5

Will never forget the late equalizer against Leicester and the 2 cups you have won us.

Played a massive part in success last season. Developed a really good eye for goal towards end of his time at the club. £15.5m might be a bit on the cheap side but definitely deserves more regular football. https://t.co/u4D3iYZ9jT

Minamino makes the move to Monaco after 55 appearances for Liverpool and 14 goals, and will now seek the regular game time that eluded him at Anfield.

Wishing you all the best, Taki!