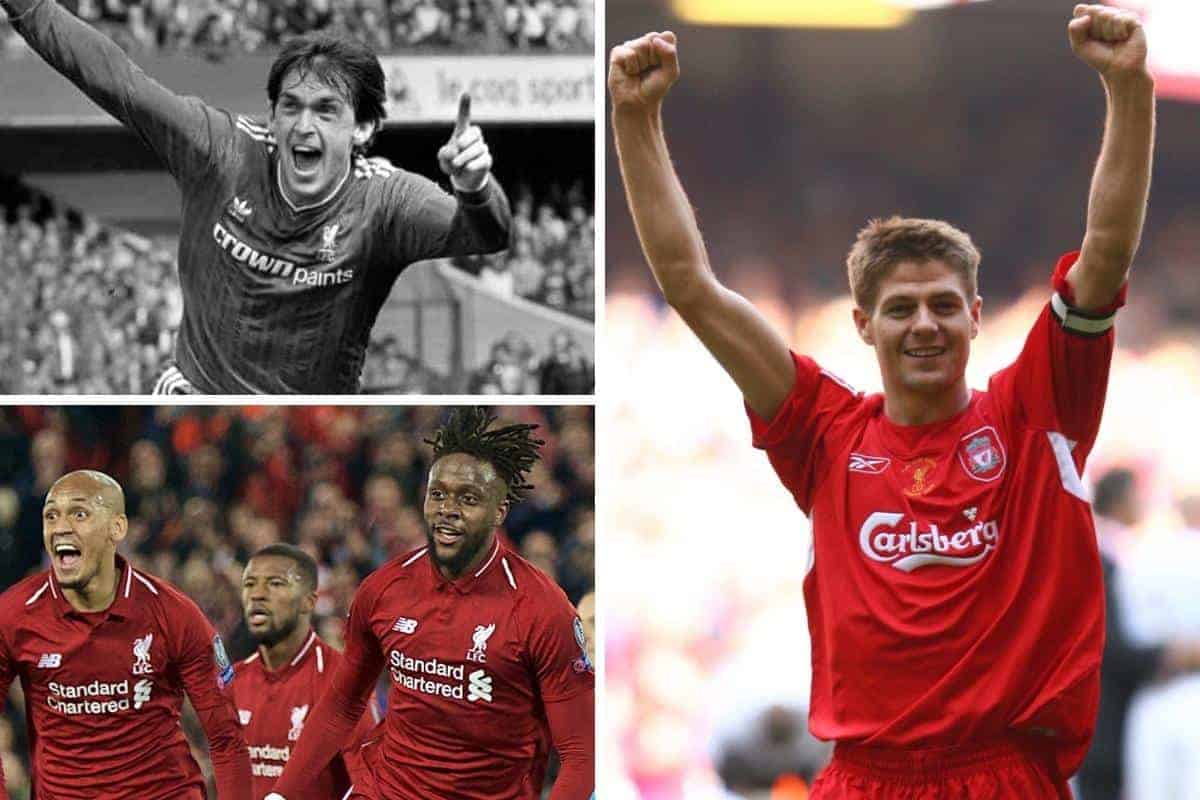 After an extensive fan poll of the greatest goals scored in Liverpool’s 130-year history, the club have now revealed the top 10 – with a surprise at No. 1.

This year marks Liverpool FC’s 130th anniversary, and to mark the occasion, the club have been counting down the 130 greatest goals in their history.

As voted for by the fans, the list includes some spectacular goals along with some less easy on the eye but hugely significant in the Reds’ success.

That is reflected in the top 10, with three European Cup finals, three FA Cup finals, a title-winner and an all-time comeback clincher all making the cut.

The oldest on the list is at No. 10, with Ian St John’s header against Leeds in the FA Cup final – clinching Liverpool’s first-ever trophy in the competition – coming back in 1965.

There are three from the triumphant 1970s, including Kenny Dalglish‘s winner in the European Cup final in 1978, and three from the 1980s, with Dalglish’s goal against Chelsea in 1986 – to seal the First Division title – in at No. 7.

But the top three is dominated by goals from the last 20 years, with two from Steven Gerrard and one, topping the charts, by none other than Divock Origi.

Gerrard’s thumper against Olympiakos charted lower than the top 10, but his header against AC Milan in Istanbul is No. 3 and his ridiculous, long-range FA Cup winner against West Ham makes No. 2.

Perhaps recency bias came into play during the fan vote, but there is no denying the emotional pull and significance of Origi’s comeback goal against Barcelona in the Champions League semi-final win at Anfield as deserving of a place among the very best.

That it booked a place in Madrid, on the way to a sixth European Cup, at the expense of a Barcelona side that had gloated their way to Merseyside, made it all the sweeter.

Liverpool’s 10 greatest goals of all time