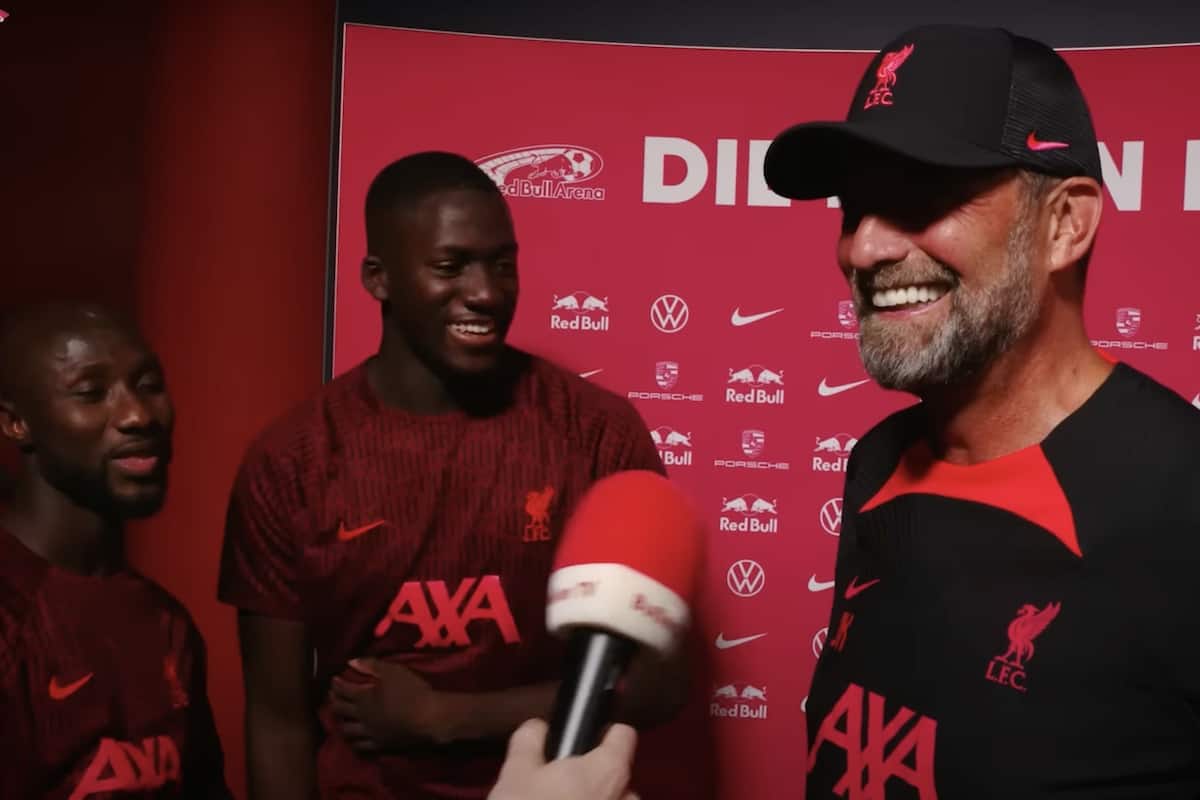 Liverpool’s meeting with RB Leipzig on Thursday saw Naby Keita and Ibrahima Konate both return to their former home, and Jurgen Klopp enjoyed a price tag quip after the game.

Liverpool have established a strong connection with the Red Bull group in recent years from friendlies to transfers, which have included Takumi Minamino, Konate and Keita.

The burgeoning relationship with Leipzig and Salzburg has made for smooth transfers for both Keita and Konate, who were more than happy to return to the Red Bull Arena on Thursday.

The pair both played the opening 45 minutes before taking in a lap around the ground to show their appreciation to the home fans before bringing Klopp into a post-match talk with Leipzig’s in-house media.

Klopp was his usual jovial self and had his players sharing a laugh when he took a humorous dig at the fee Liverpool paid for both Keita and Konate in 2018 and 2021 respectively.

“These are two great guys that you’ve given us,” Klopp said before then joking, “even though you played us a little and we paid way too much money for them! We’re still really happy.”

The Reds parted with £52 million for Keita, who they agreed to a deal for a year before he would join in 2018, while Konate’s price tag was £36 million last summer.

At the time of his move, Keita was the most expensive signing in club history and has since gone on to play 116 games, a tally that has been impacted by a series of injuries throughout his time at Anfield.

Konate, meanwhile, has settled in nicely in the backline and enjoyed exponential growth to feature 29 times for the Reds as he battled Joel Matip for the regular spot as Virgil van Dijk‘s partner.

It sets up another intriguing season ahead for the pair, whom Klopp is “really happy” with.