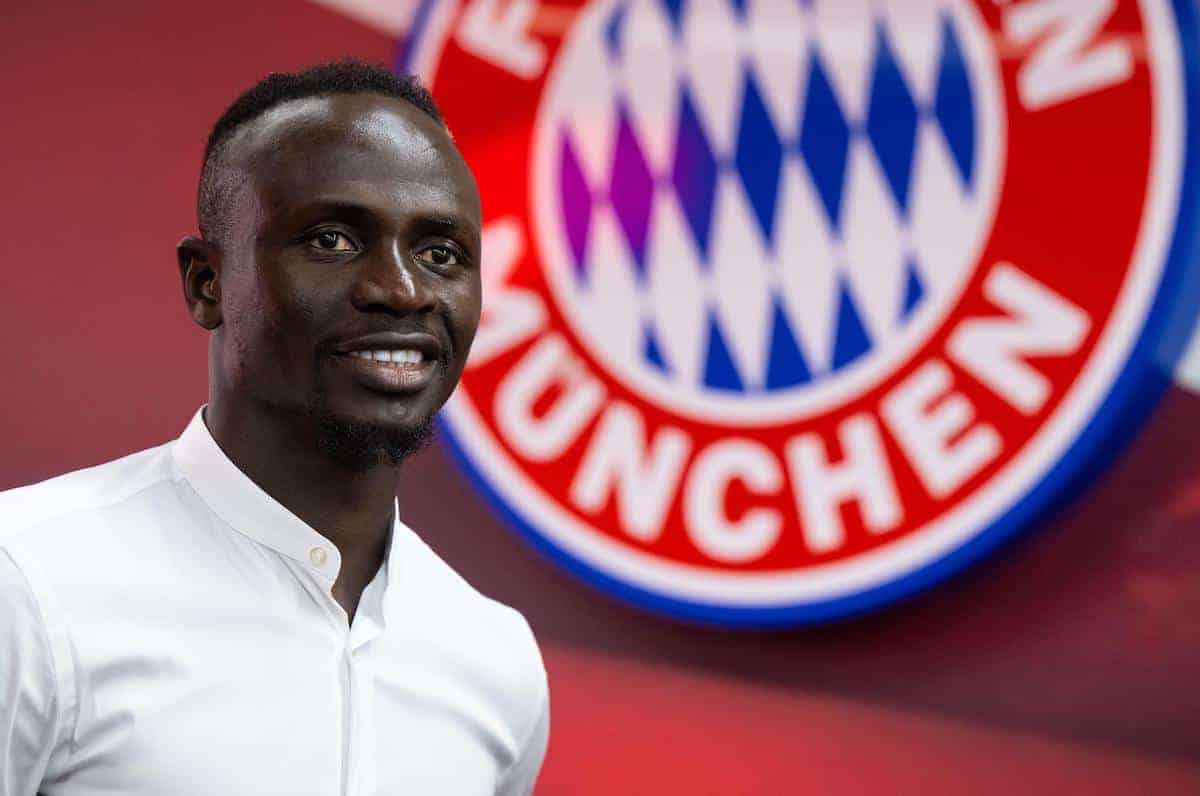 Sadio Mane was officially unveiled to thousands of fans at Bayern Munich’s Allianz Arena on Saturday, making for a surreal sight for Liverpool supporters.

Bayern held their official team presentation at the Allianz Arena, with supporters welcomed to the stadium in Munich as Julian Nagelsmann and his players took to the pitch.

The event served as the start of the new campaign for Bayern and allowed the club to unveil three new signings in Mane, Ryan Gravenberch and Noussair Mazraoui.

Mane emerged from the tunnel to a chorus of cheers, wearing the new Bayern kit as he joined his team-mates for an open training session and a full squad photo.

After showing off his German, Mane added: “Of course, I’m very looking forward to playing in front of this amazing crowd, and to give my best and get more trophies.”

Now wearing the No. 17, he took part in a training game in front of the supporters, lining up alongside Serge Gnabry in a two-man attack.

It has been speculated that Nagelsmann will switch to a 3-5-2 formation following the exit of Robert Lewandowski to Barcelona, with Mane and Gnabry, who this week signed a contract to 2026, his first-choice pairing.

Mane joined Bayern after six years with Liverpool this summer, with the German champions finalising a deal worth £35.1 million for a player with one year remaining on his deal.

Bayern will depart on a pre-season tour of the United States on Monday, ahead of friendlies against Wayne Rooney’s DC United in Washington (July 21) and Man City in Green Bay (July 24).