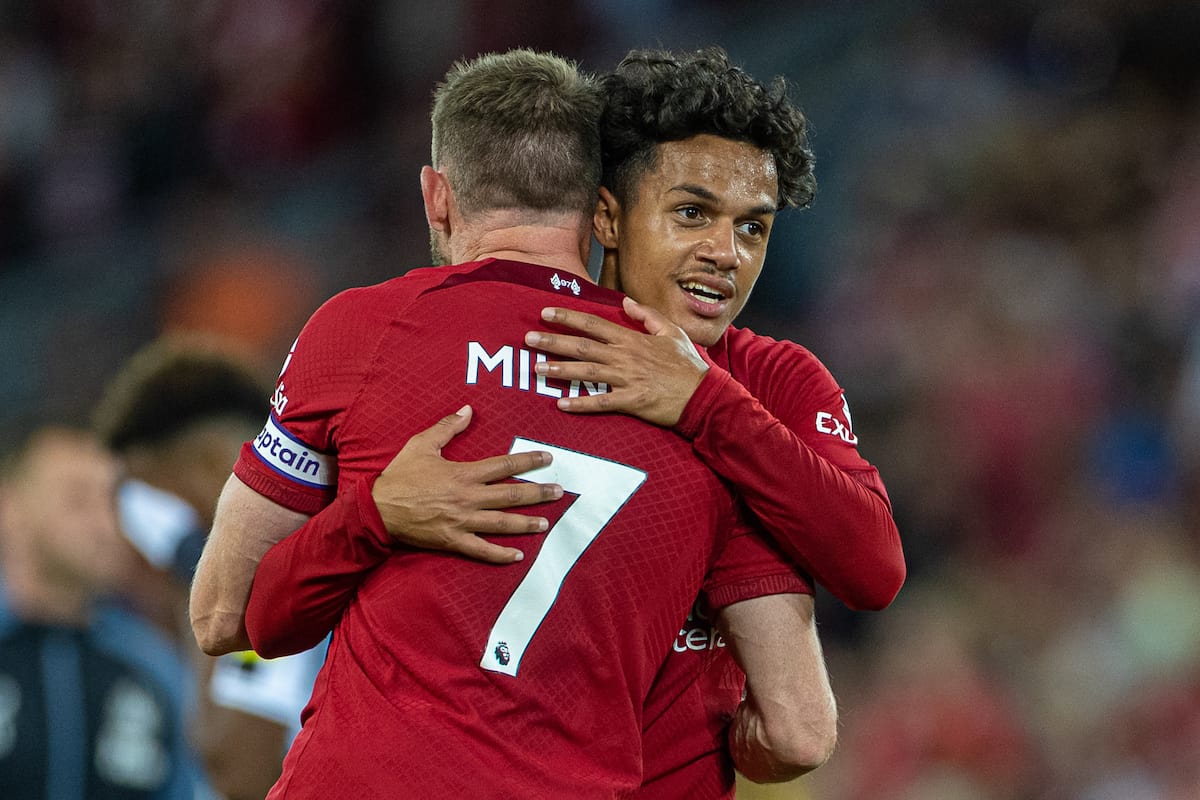 Liverpool earned a dramatic 2-1 win at home to Newcastle on Wednesday evening, with Harvey Elliott and Fabio Carvalho absolute heroes for the Reds.

The Reds were aiming to build on Saturday’s 9-0 win over Bournemouth at Anfield, but an improving Magpies side would be a tough proposition.

That proved to be the case, as new big-money signing Alexander Isak opened the scoring on his debut, before having a goal ruled out in the second half.

Roberto Firmino continued his return to goalscoring form with a well-taken equaliser, however, before Carvalho buried a half-volley in the eighth minute of stoppage time.

It was Elliott who comfortably stood out as Liverpool’s best player on the night, with his former Fulham teammate the match-winner, so their efforts unsurprisingly didn’t go unnoticed by numerous fans on Twitter.

What a win! Fabio Carvalho is a mightily impressive young player, isn’t he? Very unlucky to have not started either of the last two games but been excellent every time he’s come off the bench. Big future ahead of him.

Harv and Fabio for the rest of time. Bin the rest.

Harvey Elliott though. That boy can play.

Phew, just about pulled myself down from the ceiling. Fabio Carvalho and Harvey Elliott are exceptional talents ?

What a week and what moment for Carvalho. Such a brilliant young player. Absolute graft that game, but feels like a massive three points.

A massive, massive win that.

Elliott and Carvalho. Bin the rest of them and just play those two forever.

A couple of stars in the making… Elliott and Carvalho. Unreal!

Mad ending to a really unimaginative game of football. Huge props to James Milner coming on at full-back and reinvigorating Liverpool. Elliott shining brighter every week. And breathe.

Harvey Elliot is a sensational talent. Fantastic game this evening.

The impact of Eliott and Carvalho cannot be downplayed, on a night when Liverpool again found it tough to break down their opponents.

These are two special young players that the Reds have in their ranks and a few of their more seasoned teammates could do with having their impact at the moment.