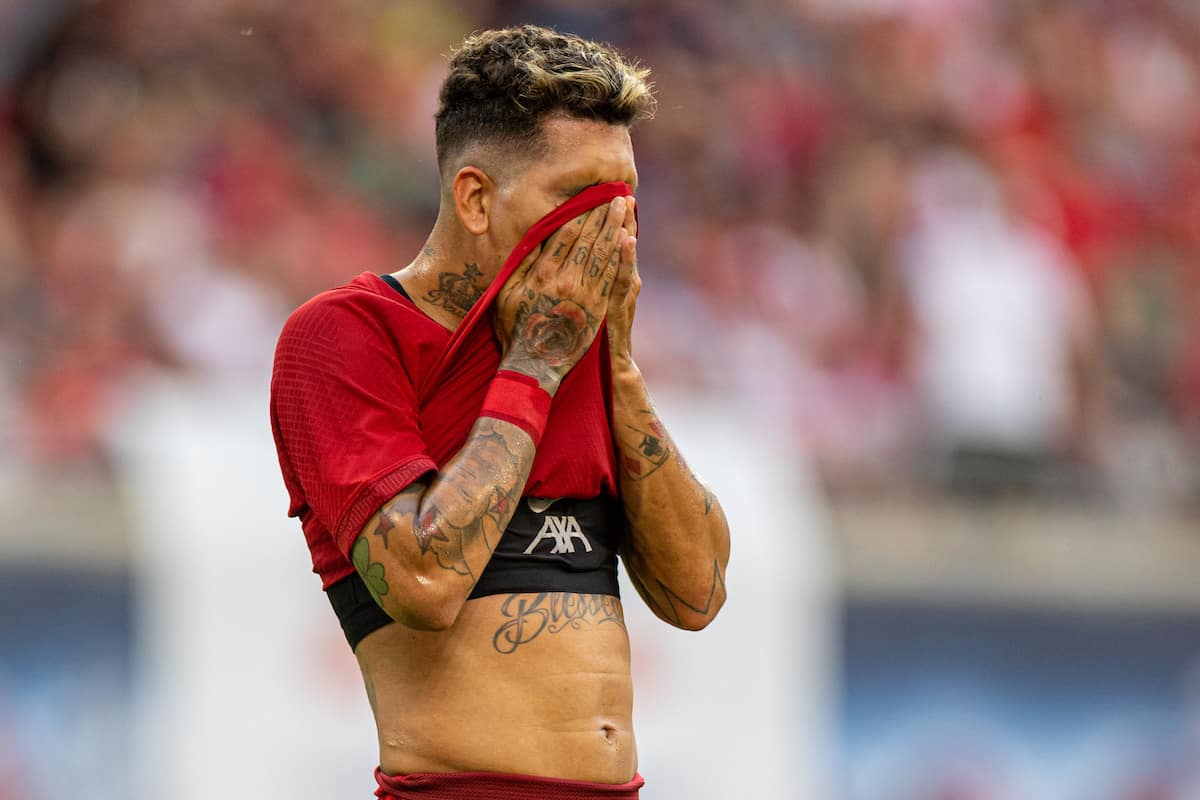 Liverpool are only onto their second Premier League game of the season and the injuries continue to pile up, with two new issues bringing the tally to 10.

The Reds take on Crystal Palace in their first home clash of the campaign on Monday night, with Jurgen Klopp making four changes to his starting lineup.

Unfortunately, three of those were enforced, with Nat Phillips, James Milner and Darwin Nunez all coming in along with Harvey Elliott.

Thiago was already confirmed to be missing the meeting with Palace as he faces up to six weeks out with a hamstring problem, but Liverpool have now revealed new injuries for Joel Matip and Roberto Firmino.

Matip, who was a doubt in the buildup, misses out due to a muscle strain, while Firmino’s absence is simply described as a precaution.

They join seven other first-team players on the treatment table, including Ibrahima Konate, Curtis Jones and Diogo Jota.

Caoimhin Kelleher, Calvin Ramsay and Kaide Gordon remain out with issues picked up prior to pre-season, while Alex Oxlade-Chamberlain is sidelined with a long-term hamstring injury. 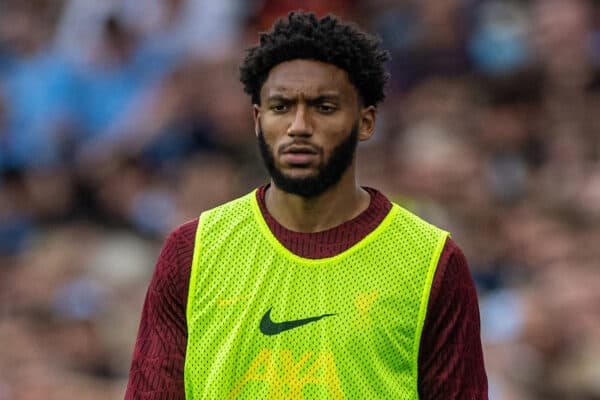 Furthermore, Joe Gomez was not passed fit to start, with the No. 2 only able to join the substitutes.

It is a desperate situation for Liverpool so early in the season, and could raise further questions over the club’s transfer activity with just over two weeks left of the summer window.

Youngsters Stefan Bajcetic and Bobby Clark, both 17, were named on the bench against Palace along with the likes of Fabio Carvalho and Sepp van den Berg.

In more positive news, Kostas Tsimikas and Naby Keita have returned from their respective issues and take up spots on the bench, too.