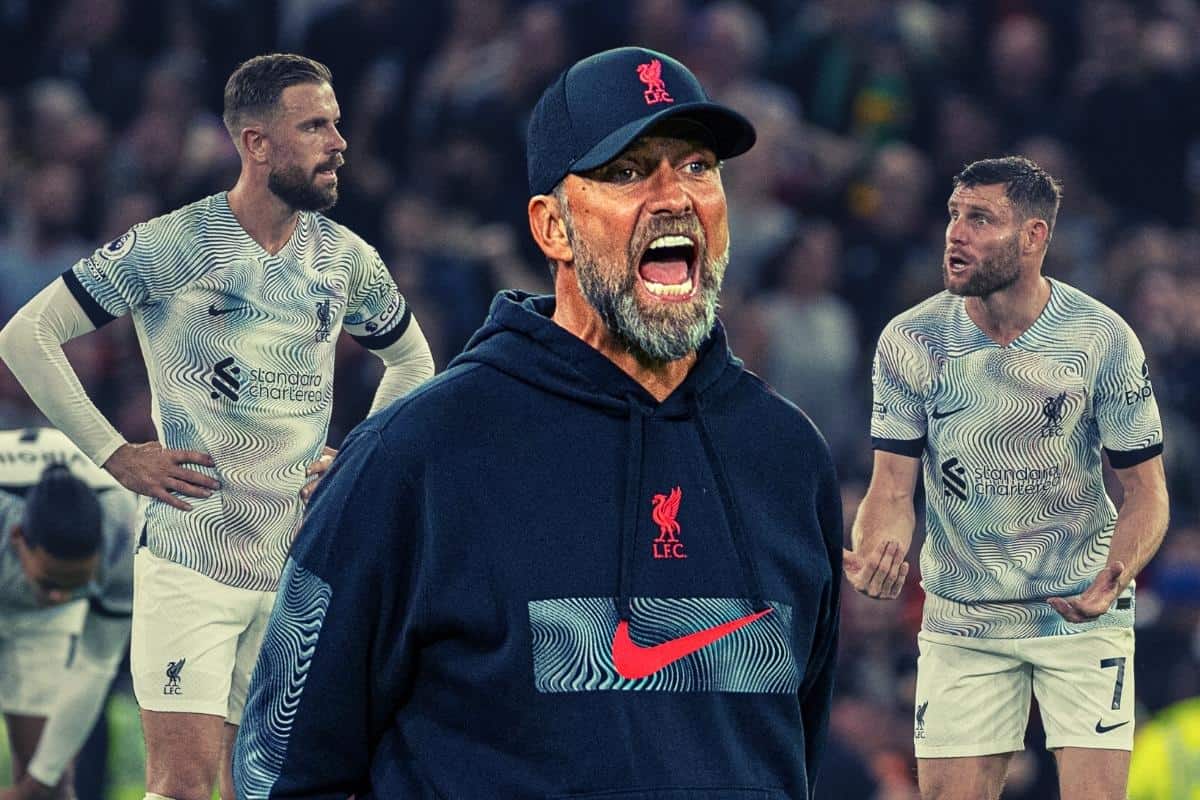 Liverpool’s slow starts: The issue and what Jurgen Klopp has said

Playing catch-up is a habit Liverpool have found themselves unable to break, with their slow starts making life unnecessarily difficult. But what has Jurgen Klopp had to say?

‘Insanity is doing the same thing over and over and expecting different results.’

That’s how it feels right now as Liverpool continue to hand an early advantage to their opponents, forcing themselves to have to muster one comeback after another.

As we’ve seen, it has not just been a case of making life harder on themselves and still emerging as winners, but rather adding to the woes and letting points needlessly slip away.

But the issue extends beyond just the three Premier League games so far this season and dates back to the final games of 2021/22.

What is the issue? 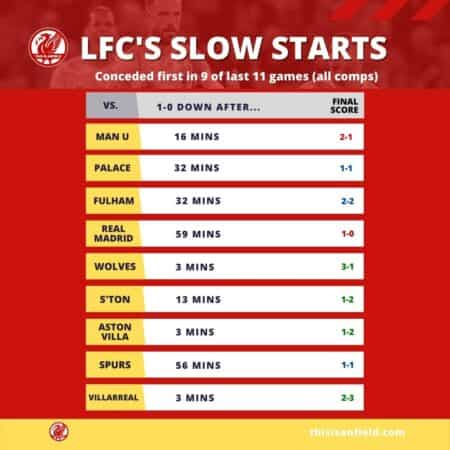 Liverpool under Jurgen Klopp have been known as the team to put the opposition on the back foot from the off, but roles have now been reversed.

In each of the last seven games in the Premier League – three this season and four from the last – the Reds have conceded first. Seven in a row!

When you then take all competitions into account that figure rises to nine from the last 11 matches, inclusive of the Community Shield, a figure that is not conducive to success, far from it.

The Reds have shown their power of recovery to go on and win in four of the abovementioned matches, but it is not sustainable, as has been seen this season with only two points from three games.

Game management starts from the off and with injuries hitting the squad hard and weary minds and bodies, gifting the opposition an early advantage only spells trouble – a comeback is possible only so many times.

The spotlight is on the team defence in moments such as these but the slow start extends beyond just the defensive third as Liverpool have failed to register a shot on target in the first half in two of their three league games to date – as per Sky Sports.

Simply growing into the game is not good enough. Where is the aggression, pressure or energy?

What has Klopp had to say? 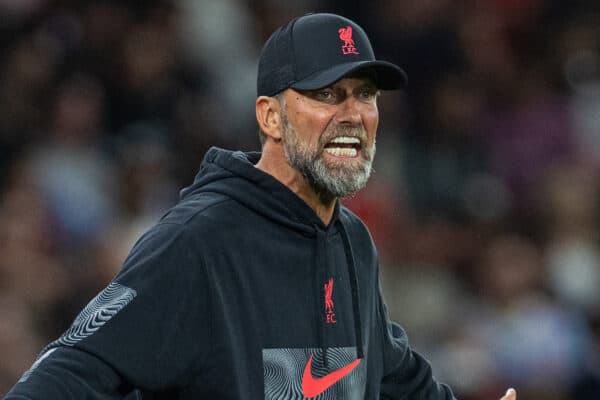 The manager has been quite defensive over the issue, especially when the end of last season is brought into question.

Before the meeting with Crystal Palace, Liverpool had gone behind in seven of their last nine matches in all competitions but the manager was pretty clear in his stance:

“Towards the end of last season? You can not compare that.

“Your life is so easy! After 55 games and then you tell me ‘oh there’s a slow start’. What do you want? Completely different situation.

“This is the start of the season, completely different. I didn’t watch these games back, but I heard already we conceded goals or whatever.

“You cannot play 64 games and just be before the game and during all phases always superior. You have 64 games and you fight through it somehow. Completely different.”

Ahead of the match at Old Trafford, Klopp told Sky Sports that he does not enjoy the “kind of psychology” that sees an issue continually brought to the fore, almost like a self-fulfilling prophecy:

“I don’t believe in this kind of psychology, that you mention things that don’t go well and warn them all the time.

“You were all players [Carragher, Neville, Keane], you don’t like that and you know it, ‘we need to start better’.

“We didn’t start bad against Crystal Palace not at all, we conceded the first goal but that was later on in the game.

“The start was exactly how it should have been, we started really well against City.

“So I cannot go back and say, ‘by the way last season our main problem was…’

“We have problems but we have football solutions.”

Have any players said anything?

Andy Robertson acknowledged the issue after the 2-1 defeat at Man United, urging his team to address the problem “very quickly,” as Liverpool can’t keep giving away an early lead:

“It’s definitely not been the start we wanted, we’ve been really poor, we gave every team a goal start.

“We can’t keep giving ourselves an uphill battle. We started slow again and that has to change.

“Two points from nine is not the start we want. We need to pick our performances up, individually and collectively, to kickstart our season.

“It’s easy talking about it, but we have to go and do it. We can’t keep conceding going forwards, that’s three games this season now.

“Last season, Wolves, Real Madrid, Southampton. That has to change. You can’t keep giving them a goal start.”

Robertson is right, Liverpool can talk all they want about the issue but they have to show the change on the pitch, and soon.