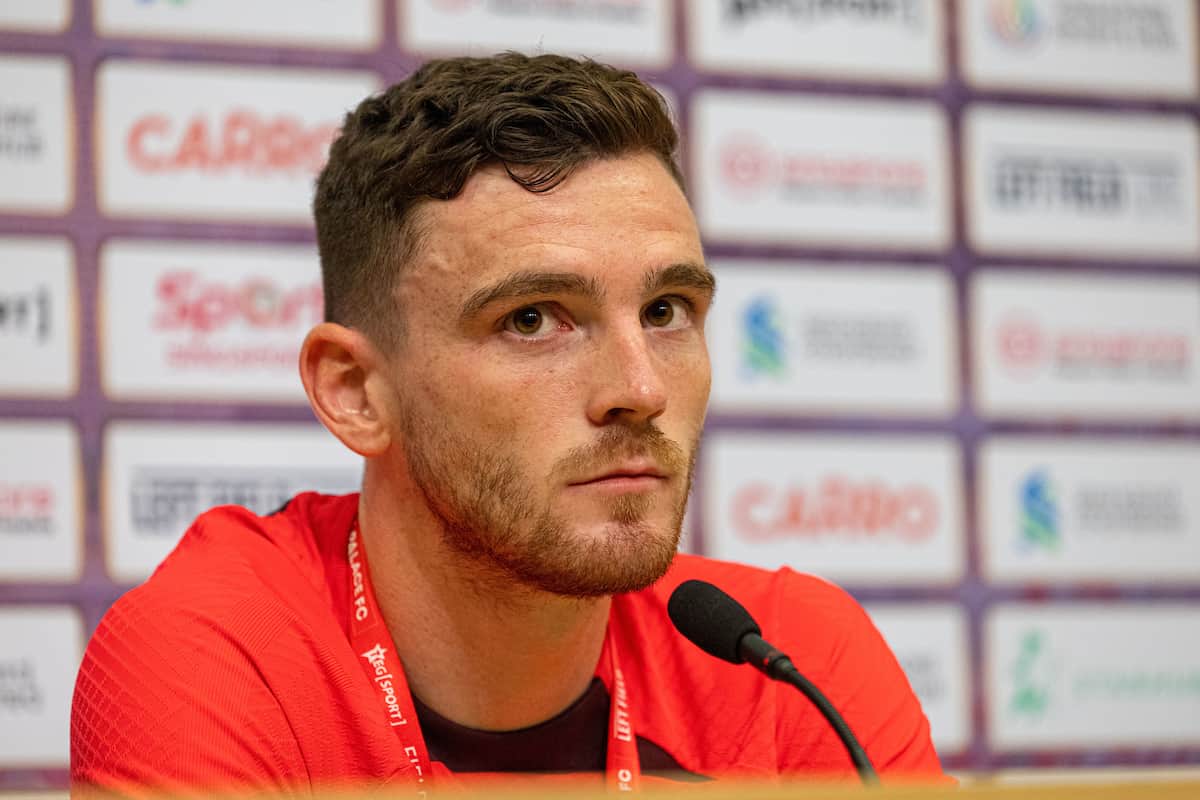 Andy Robertson held his hands up after another slow start for Liverpool, urging his team-mates to address their problems “very quickly” after a 2-1 loss at Man United.

For the seventh consecutive Premier League game, the Reds conceded the first goal; for the 14th in a row in all competitions, they did not lead at half-time.

It was a humiliating night at Old Trafford as goals from Jadon Sancho and Marcus Rashford consigned Liverpool to their first defeat of the campaign and a third without a win in the league.

Mohamed Salah may have grabbed one back late on, but it was too far gone for the Reds, who have made a habit of starting slow – even if Jurgen Klopp may not admit it.

“It’s definitely not been the start we wanted, we’ve been really poor, we gave every team a goal start,” Robertson told Sky Sports after the game.

“We can’t keep giving ourselves an uphill battle. We started slow again and that has to change.

“They wanted something to lift them and unfortunately we gave them it.”

The left-back added: “Two points from nine is not the start we want. We need to pick our performances up, individually and collectively, to kickstart our season.” 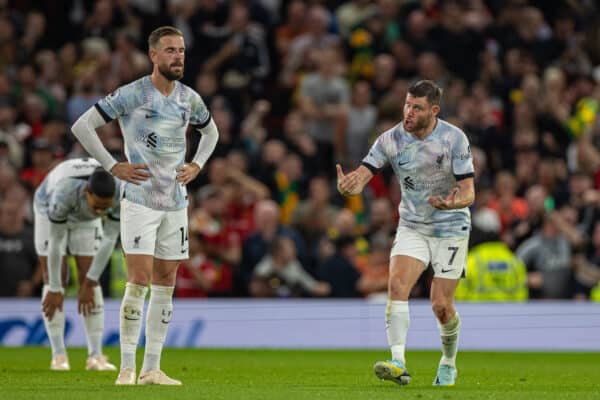 Quite how Liverpool solve their problems is unclear, though many believe that it will take another signing on top of the return of key players from injuries.

But there is a clear issue with the mentality within the squad at present, which Robertson acknowledged.

“We need to [improve] very quickly, we need to come together, we need to address it as a team,” he continued.

“It’s easy talking about it, but we have to go and do it. We can’t keep conceding going forwards, that’s three games this season now.

“Last season, Wolves, Real Madrid, Southampton. That has to change. You can’t keep giving them a goal start.”

Andrew Robertson gives his honest assessment of Liverpool's defeat at Manchester United and their difficult start to the season ? pic.twitter.com/RIlDjgN9dx

Robertson remains optimistic that the squad will be able to respond, but it will take them getting “back to basics” in order to do so.

“Things need to be said, but we need to stick together,” he said.

“Things will get better but it needs to start quickly.

“We’re far behind where we want to be and this league is very unforgiving. We need to get results quickly, start getting into gear.”