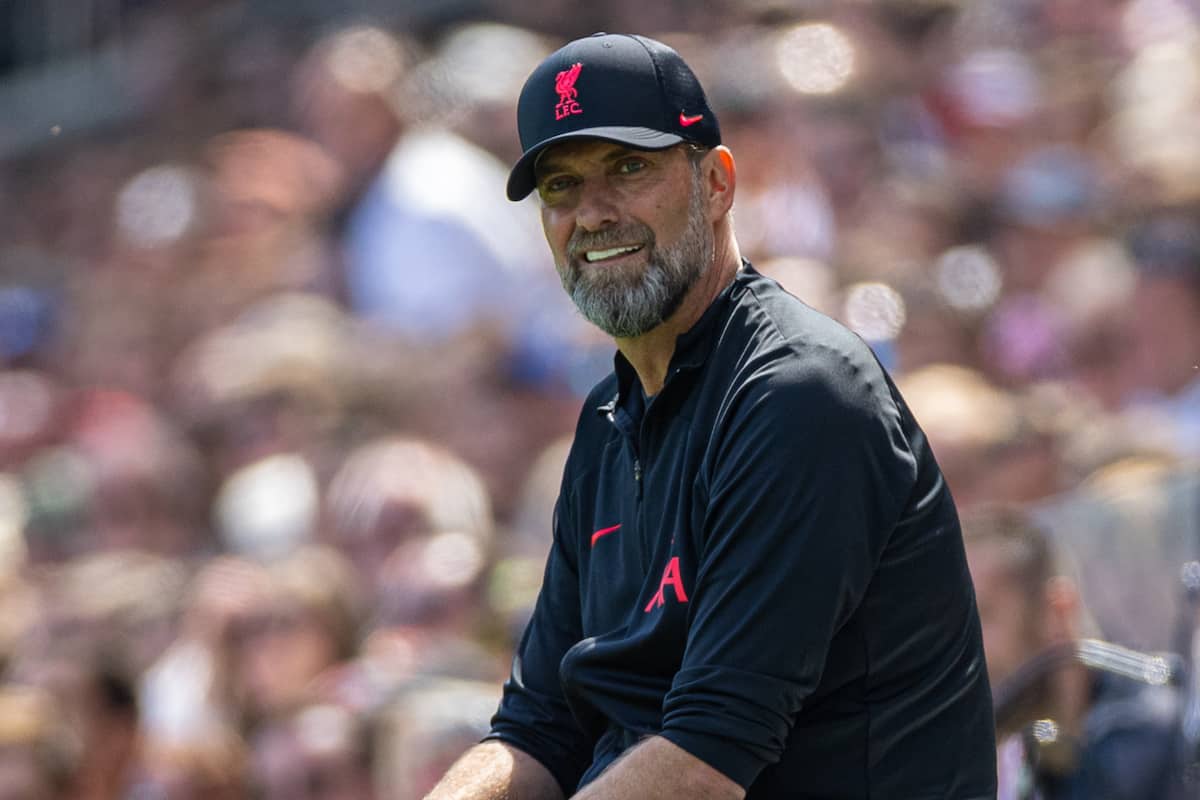 The Liverpool boss claimed some of his players had the “wrong attitude” after drawing their Premier League opener at Fulham, but has now moved to clarify his comments.

The Reds were held to a 2-2 draw at Craven Cottage, with Jurgen Klopp admitting after the game they were unlucky to have even salvaged a point.

His post-match comments questioning the attitude of some of his players were concerning for supporters to hear, but speaking ahead of Monday’s clash with Crystal Palace, Klopp said he’s not worried about the mindset of his players.

While Liverpool’s performance, particularly their start to the game, was way below the standards they have set, the boss says he spoke to his team about their attitude straight after the match and doesn’t see it being a long-term issue.

“It was addressed of course, after the game directly,” Klopp said. 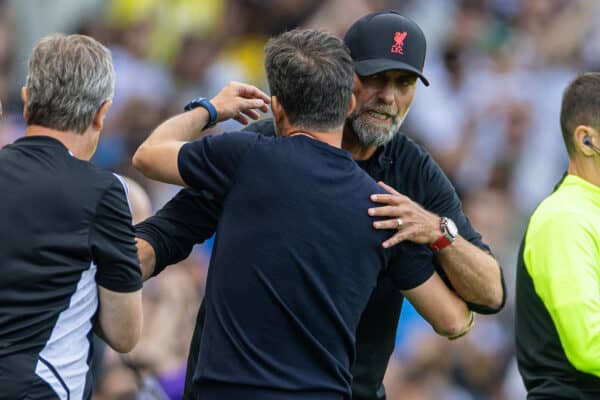 “My English, I’m not sure if ‘attitude’ is the right thing but we had a slow start, I didn’t like the start at all. I saw then the attitude to fight back, but that’s a different thing.

“It’s better you have a high intense, highly concentrated, lively start in a football game than not, but it’s very often the game starts like this, that’s not a problem.

“When we wanted to fight back, already we gave parts of the momentum to Fulham which was absolutely unnecessary.

Klopp was also asked about the concerning stat circulating that shows Liverpool have gone behind in seven of their last nine matches in all competitions.

All but one of those games date back to last season, and the Liverpool boss was adamant those matches should not be taken into consideration.

“Towards the end of last season? You can not compare that,” Klopp argued.

“Your life is so easy! After 55 games and then you tell me ‘oh there’s a slow start’. What do you want? Completely different situation.

“This is the start of the season, completely different. I didn’t watch these games back, but I heard already we conceded goals or whatever.

“You cannot play 64 games and just be before the game and during all phases always superior. You have 64 games and you fight through it somehow. Completely different.”