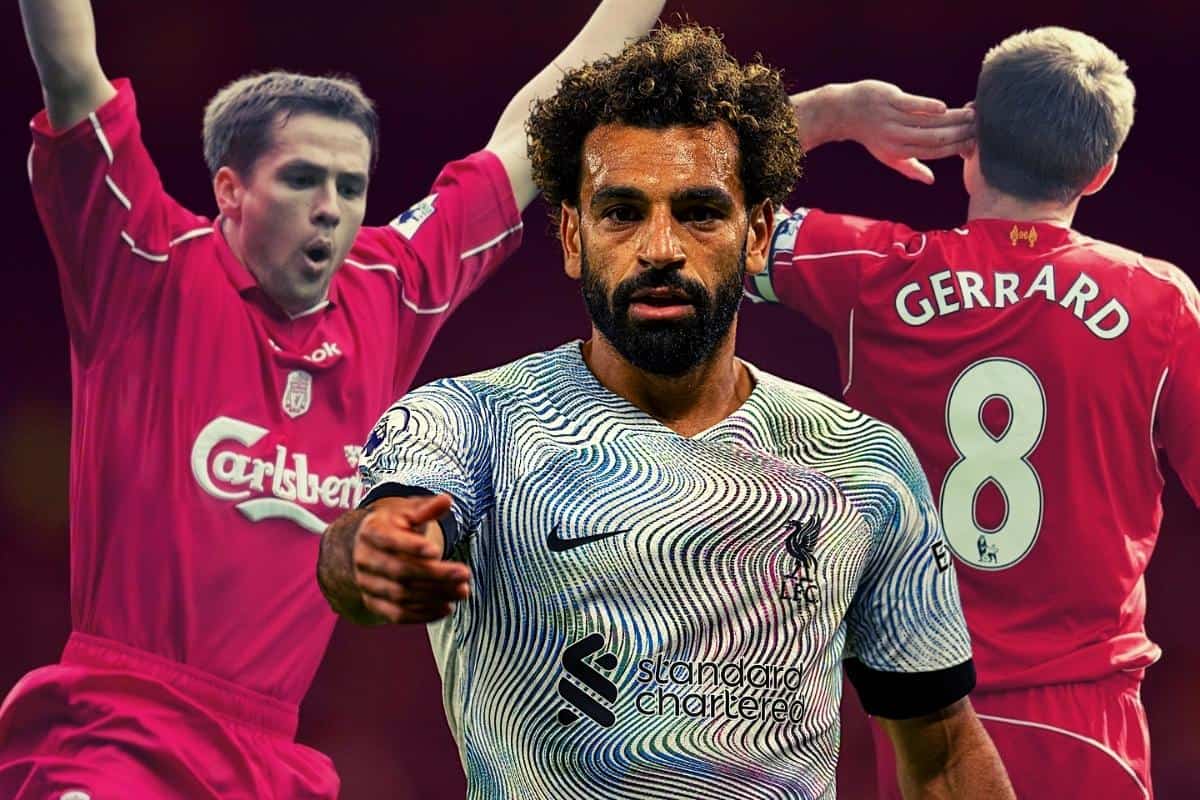 Though it was a miserable night for Liverpool at Old Trafford, another goal for Mohamed Salah broke records once held by Steven Gerrard and Michael Owen.

Salah headed home in the second half to bring it back to 2-1, but it wasn’t enough for the Reds as they slipped to their first league defeat to Man United since 2018.

It was the Egyptian’s third goal of the campaign, and lifted him further up in the club’s all-time charts.

In fact, with 159 in all competitions since joining from AS Roma, Salah has now moved ahead of Owen into eighth, and now only 13 short of Kenny Dalglish in seventh.

The No. 11 has now also become Liverpool’s joint-second highest goalscorer in the Premier League, with his 120 goals equal to Gerrard and only behind Robbie Fowler (128).

Having also scored two times for Chelsea, Salah (122) is already clear of Gerrard (120) throughout the entire top flight, with his strike on Monday lifting him above Romelu Lukaku (121) into 19th.

10 – Mohamed Salah has scored more goals in all competitions against Manchester United than any other Liverpool player in history (10). Reliable. pic.twitter.com/mGwbinupZ3

When it comes to goals against United, Salah is now Liverpool’s outright leading goalscorer, with his header the 10th he has scored in meetings with the Manchester club.

He had been level with Gerrard on nine, but his record now stands at 10 goals in 11 appearances – with seven in his last four clashes with United.

The forward is also only the second Liverpool player in history to score in four successive league games against United, replicating a feat which had only been produced by Dick Forshaw before Monday.